10 Questions for the ‘Lost Notebooks of Hank Williams’

Next Tuesday, the Lost Notebooks of Hank Williams, a project pairing Bob Dylan and a list of other popular artists together with unfinished Hank Williams songs, will be released to the public. The project has raised grave concerns in certain circles of country music from people questioning the ethics of taking a dead man’s songs and finishing them, especially when the dead man carries the songwriting and historical weight of Hank Williams. An organization called Stop The Desecration of Hank Williams Songs is planning protests at the Country Music Hall of Fame on Oct. 1st, and again on the release date of Oct. 4th. 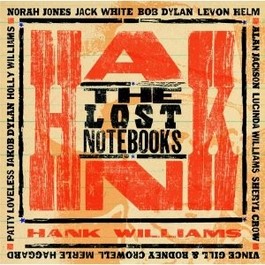 What has baffled me from the beginning is with the anticipated controversy this project would stir, why information about its workings and origins have been so difficult to obtain. It was made even worse by an article in The Morton Report, which included easily refutable information.

Saving Country Music has submitted numerous emails, made phone calls, and personally visited the Country Music Hall of Fame trying to get more information about the Lost Notebooks to no avail. The Hall is a partner in the project, as it is being released in conjunction with their ‘Family Tradition: The Williams Family Legacy’ exhibit. However The Hall is not the originator of the project, and neither is Bob Dylan. The one thing we have received more clarity on since the formal announcement of the album release is the chain of custody of the songs. The idea for the Lost Notebooks project and many of the decisions made for it were done by the owners of the songs, music publisher Sony ATV, who ferried these songs through numerous changes and adventures, from the original owners, Hank Sr.’s publisher Acuff-Rose.

Another entity that has been spared a lot of the controversy, but certainly had a part in the project is Hank Sr.’s estate. We do finally know that the estate endorsed the idea at some point, because Hank Williams Jr. appears in the EPK for the album (see bottom of article). As Hank’s grandson Hank3, who was not asked to participate in the project, said in a recent Saving Country Music interview:

The fans are very upset, and I guess I’ll just let them do my speaking for me. Because I can’t go and say something against Bob Dylan. That’s just not right man. I’d say maybe they need to scope out Hank Jr. a little more…

Something else we’ve learned from a recent New York Times article on the project is that both Bruce Springsteen and Neil Young were approached to be a part of it, and declined. We still do not know what happened to a Willie Nelson song that was part of the project, that Jack White’s spoke about when we very first heard about the Lost Notebooks back in 2007. It also states in the NY Times that Dylan initially called the task “too mighty.” And one of the biggest questions that remains is what happened between the recording of these songs in 2007, and their release in late 2011. That significant hole in the timeline leaves a lot to the imagination of why it took 4 years for the Lost Notebooks to see the light of day.

Completely putting aside the ethics questions for the project itself, I have drafted a list of 10 simple questions about the specifics of the Lost Notebooks that I think country music consumers have a right to be answered before they decide to purchase it.