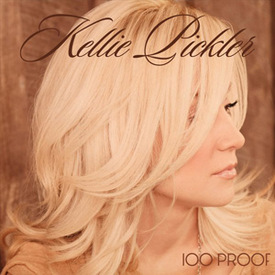 The name of this website evokes many different thoughts from many different people. Every day I wake up and try to live up and do right by the Saving Country Music name. Sometimes I succeed, sometimes I fail. And I go into this announcement fully knowing that to some this will be final tipping point where Saving Country Music lost its way; the day I named a former American Idol contestant’s record the Album of the Year.

What we have with Kellie Pickler is one of the most unique situations that has ever dawned in country music. Most of what this website labors at is trying to elevate artists we deem worthy to the same level of recognition and benefits that Kellie Pickler has enjoyed during her mainstream career. But in the case of Kellie Pickler and 100 Proof, Kellie did something quite remarkable. She decided that by her own hand, she would rather relinquish the spoils of her American Idol past and her major label endorsement than to continue living a lie through her music. Of course Kellie would have loved to have it both ways, but she decided she would rather make music that was true to her heart and take the risk of losing it all than continuing to play the part.

It’s not that Saving Country Music is reaching above its head to the mainstream to make this pronouncement, it’s that Kellie Pickler decided to descend the ladder–the same ladder that dozens upon dozens of artists labor to climb every single day–on her way to reclaiming the right to be herself again. 100 Proof cost Kellie Pickler her major label deal with Sony, and afforded her one of the purest forms of ultimate human redemption. If you ask me, she got a bargain.

Kellie Pickler and 100 Proof represent the very fabric of the idea that Saving Country Music was founded upon: that artists should have control of their music, and that nearly all the other problems that beset country music cascade from that root issue. 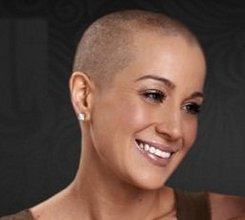 And Kellie Pickler’s defiant, inspiring acts of wisdom don’t stop there. She famously shaved her head in September in a symbol of solidarity with a childhood friend who was suffering from Cancer. Then she dyed her short hair pink. Then she cut her hair again right before November’s CMA Awards. And where did Kellie spend her holidays? On her 6th USO tour, taking her to 4 different countries in 7 days to entertain the troops. Just like giving up her major label deal to win her artistic freedom, Kellie has relinquished her time and her beauty (though I’d say she’s pretty fetching bald too) to champion causes she believes in. 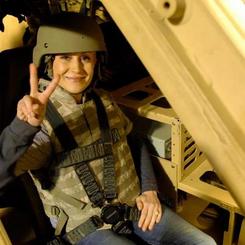 But the Saving Country Music Album of the Year is not a humanitarian award. It is not given away for doing inspiring acts. It’s all about the music. And when you clean the slate and forget all the back story about 100 Proof, what you’re still left with is one of the most traditional country records released in the mainstream in years, yet still with wide accessibility and fresh appeal. I could bore you with all the critic speak and platitudes, and if you’re in the mood for that you can read my review of 100 Proof. But the most important thing is 100 Proof passes the listening test. It’s just both a fun and touching record to listen to.

The other day when I was solidifying my decision in my head, it finally dawned on my why 100 Proof is so appealing. It is because it touches on every major point of human emotion: love, hate, jealousy, frustration, freedom, depression, nostalgia, yet it never seems to touch on the same emotion twice, keeping the album fresh throughout. You’re always enjoying the song you’re listening to while craving the next one coming.

This album is too big to be taken in a yearly context, or to only be listened to from the perspective of a current ear. 100 Proof is one of those timeless records, destined to grow in stature and sweetness with age. I know that some folks have sniffed at this album and deemed it too polished, too produced-sounding to their ears. I feel very confident in saying that time will be very kind to 100 Proof. Even if you don’t like this album now, you will in the future. Trust me, you will.

Sony won the battle. But Kellie Pickler and 100 Proof won the the war. And country music is better off for it.

100 Proof was also named the best country album of 2012 by The Rolling Stone.

And congratulations to all of the candidates for the 2012 Saving Country Music Album of the Year. In a year this strong, simply being named a candidate was as good as a win any other year. Eric Strickland’s Honky Tonk Till I Die was 2012’s biggest surprise, and The Bloody Jug Band’s Coffin Up Blood was the most creative effort put out in 2012.