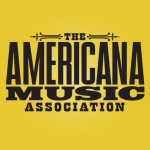 Today the nominees for the 2012 Americana Music Awards were announced at the Clive Davis Theatre in Los Angeles, with Lucinda Williams, Buddy Miller, and other artists performing before and after actor John C. Riley read the lists of nominees. The awards will be handed out September 12th at The Ryman in Nashville.

What immediately struck me as I watched the presentation being broadcast online was how overtly cliquish the Americana Music Association has become, or continues to be, as they narrowcast out awards to the same pool of networked-in, dramatically-familiar, and specifically-focused artists that all tend to know each other, and carry the same politics.

This is a difficult and conflicting conclusion to come to, because all of these artists, and the entities that make up the AMA are ones that I love, respect, and look up to. But they must be more worldly in their perspective to create legitimacy behind their product, their presentation, the term “Americana” in general, and these awards specifically.

The Americana genre is growing in leaps and bounds, and the AMA must grow and evolve with it. When it started out in 2002, it needed to keep its perspective narrow and its network strong so it did not become a flash in the pan or a fad term. There is nothing wrong with sustainability and attempting to grow slowly and smartly, but there can be issues with not attempting to grow at all.

Sure, up to this point there may have been little reason for the AMA to branch out, but after numerous grumbles over the last few years about an underserved audience and talent base, and the lingering question about what Americana actually is, something needed to happen. This feels like such a missed opportunity. As Americana continues to grow, it could put pressure on the CMA for example, and create channels for outreach to the scores of disenfranchised roots music fans left behind by the corporate music world. But instead we get many of the same names, names of the same people in different categories, many of the same names from years past, and names who know each other on a personal level, who’ve played in each other’s bands, produced and played on each other’s albums, and in the case of Steve and Justin Townes, are related.

No, nobody should be discriminated against just because they know each other or because of who their father is or because they’ve won before. And yes, there’s are some new names here. It is great to see the names in the Emerging Artist category, but why does the this category have fewer names than any other? I know there is a process of how these names are derived, but how does it hurt to add another name or two that could benefit from the spotlight an AMA nomination could cast?

Maybe the AMA doesn’t understand just how big Americana has become. Again, I can’t disagree with any of the names of the nominees here. The talent level is ridiculous and inspiring, and the decisions are without question difficult to make. And the AMA should be praised, not criticized for keeping their system sustainable and manageable. But we needed something new, a new category, more names, fresh names, a broader perspective, a better system for finding and evaluating emerging talent. Because in the end this list just comes across as a myopic perspective and tired, and that could create challenges to its legitimacy.

These comments are meant to be constructive, and are not just based on one person’s perspective.

Album of the Year
Here We Rest Jason Isbell & The 400 Unit
I’ll Never Get Out of this World Alive Steve Earle
The Harrow & The Harvest Gillian Welch
This One’s For Him: A Tribute to Guy Clark Various Artists