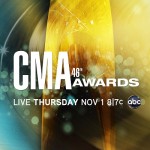 Love ’em or hate ’em, it’s hard to dispute that the CMA Awards are the most important night in country music every year. The nominations announced last week had a few interesting wrinkles, so let’s take a in-depth look at what’s coming up on November 1st and make some predictions.

Kelly Clarkson for Female Vocalist of the Year

Yeah, this is a very confusing nomination. As pop artists go, she may be one of the the good guys, but a CMA nomination? Yes she’s dabbled slightly in some crossover material like her “Don’t You Wanna Stay” duet with Jason Aldean, but unless I missed the memo, Kelly has never put out a country album, doesn’t bill herself as a country act on tours, and doesn’t run primarily in country circles. Sure, I think we all anticipate Kelly making a country move soon, but it hasn’t happened yet.

But don’t worry, Kelly Clarkson has no chance of winning this award, and if she did, it would be a PR nightmare more than a gift (You think Carrie Underwood fans are crazy now?). It would have been good to see a name like Kellie Pickler get the attention, even though she would have little chance of winning it. There wasn’t another name they felt met the caliber of the other nominees in country, and so they reached out to pop.

I both love and hate this nomination. Yes, we should be happy that Willie’s name, along with Jamey Johnson’s and Kris Kristofferson’s who also collaborated on the song are even being mentioned in connection with the CMA’s. And no, I do not see this as some watershed moment in the mono-genre just because of Snoop Dog’s involvement. “Roll Me Up…” is still solidly a country song. It just once again reinforces Willie’s identity with pot instead of all the other great things he could and should be known for (including his marijuana advocacy), and it seems like a nomination stretch to attempt to be showy by the CMA. Nonetheless it is a very fun song done by some very cool people, and there’s much worse things that could have be given this recognition.

Down Year For Taylor Swift

Her last album Speak Now is pretty long in the tooth at this point having been released almost 2 years ago, and she hasn’t had a hit single in a while. Her new album Red will have been out for less than a month when the CMA’s hit, and her new single “We Are Never Ever Getting Back Together” may be a little too pop for the CMA’s tastes, leaving them reluctant to vote for her. I’m sure in 2013 Swift will again be the CMA’s darling, but 2012 may take a Taylor Swift breather.

Except for a buried mention in the “Musical Event of the Year” category, Lionel Richie and his album Tuskegee didn’t make any of the major lists; a pleasant surprise. Despite lacking a major single, the album has been one the biggest blockbusters of 2012 so far. But don’t worry Richie fans, I’m sure the ACM’s who’ve whored themselve for Lionel plenty, including throwing him an unprecedented hour-long special on CBS, will reward the commercial success of Tuskegee greatly.

It will be interesting to see how the CMA votership reacted to the news about Jason Aldean being photographed with a woman that wasn’t his wife in an LA Bar. The news broke on September 30th, and the final round of voting for the CMA’s commenced on October 4th. Aldean, who’s up for the most awards this year, may see his support diminish because of the scandal.

Similarly, Swift has been making headlines since the last round of voting started. With Billboard changing their chart rules, she now has a firm grip on the #1 spot on the country charts with her pop anthem “We Are Never Ever Getting Back Together” and two other songs charting in the top 20. Does this increase her chances of taking home a trophy, or will there be a Taylor Swift backlash because of the overtly-pop aspect of her new hit songs?

Slight chance Taylor Swift could walk away with this, or maybe even Blake Shelton based on his work with NBC’s The Voice, but I think it’s Aldean’s to lose. His was the monster album this last cycle that kept churning out singles.

***UPDATE – As I said, it was Aldean’s to lose, but he may have lost it with his cheating scandal back in September. Also Taylor Swift now has to be considered a serious contender from the strength of her Red album becoming the best-selling debut in a decade, and the chart success of her song “We Are Never Ever Getting Back Together”. Or, these two big events could cancel each other out, and Blake Shelton could find himself the beneficiary. In the end though, I still think Aldean has the greatest chance, but it all of a sudden it is a much tighter race.

This is a three horse race, with Blake Shelton inching ahead from the strength his realty TV personality gives him. This may be where Eric Church’s smack talking comes back to bite him. In a neck and neck race, folks will remember how he called out Miranda Lambert, Blake Shelton, and others and will give the nod to the nominee with a cleaner nose. Aldean’s My Kinda Party has been such a commercial success, it’s hard to rule him out completely, but it’s rare an artist wins both Entertainer and the top gender category in the same year.

This might be the biggest toss up of the major awards, but I think the other contenders might split the difference and leave Carrie Underwood with the win. Again, it’s an off year for Taylor, but she can never be completely counted out. Miranda is the other solid contender. I’m not sure if her album Four The Record or the supporting tour were strong enough for the nod this year, but when you combine it with her Pistol Annies material, it’s a pretty impressive body of work.

I just don’t think the other albums have shown the remarkable strength Chief has. It’s been stalled out in the Billboard Top 5 for what seems to be eons. This will override any concerns about Eric’s extra-curricular gum flapping off-stage.

This is a pretty tenuous prediction because “Dirt Road Anthem” is so late in the calendar cycle. And though it angers me so that it may be the front runner to win, if you are going to give it to the most successful and influential song in country for this calendar cycle, it’s hard to dispute it. “Home” is also a little late in the cycle, and let’s not forget Jason Isbell claims it’s his. “Pontoon” and “Sprinsteen” as singles are a little early in the cycle, so give me Blake Shelton’s “God Gave Me You” as a runner up.

Where’s Rascal Flatts? They’re just as bad as these other bands. If they’re bitching, they have a legitimate beef. If I were Zac Brown, I’d be ashamed to be in this company.

If The Civil Wars ever had a chance, it would be this year, but I’d still only make their odds 1 in 5. Sugarland hasn’t done much this year. Beyond that, it’s a total toss up.

Seeing Will Hoge win a CMA would be a small, cool victory. “Over You” might edge the others from the star power involved and the sentimentality that tends to dominate this category.

Brantley and his bad Affliction T-shirt will probably take it, and the world will be a worse place for it.

This may be both The Civil Wars’ and Taylor Swift’s best chance at a 2012 CMA, boosted by The Hunger Games’ commercial success.