2016 Nominees for Saving Country Music’s Song of the Year 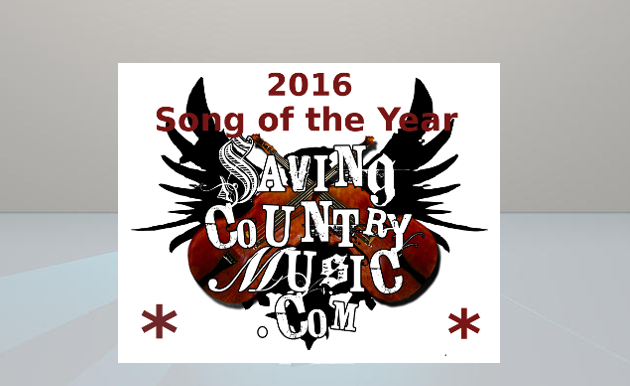 A song can change a life, and a song can change the world. And if you’re a real music fan, you know this to be true because you’ve felt it, and seen it yourself. We’re not looking for fanciful ditties that get stuck in your head here. There is a time and a place for those, but that’s not here. We’re looking for songs that barrel you over, that make grown ass men weep, that make you take stock of yourself and your world, that work like guideposts on your life’s timeline when you came to some important realization and were made a better person for it.

Lots has been made at Saving Country Music about the lack of truly excellent albums in the last 18 months or so, with some exceptions of course. The same can not be said for songs however, especially in 2016. If anything, the level of quality songs has only gone up, which leaves us with some downright masterpieces that we somehow have to sift through and choose which one is the best.

As was said prefacing the Album of the Year candidates, this is an exercise that is not meant to exclude anyone, and only represents the opinion of Saving Country Music. The point of picking a Song of the Year is not to pit art against art, but to hopefully expose more people to more quality music that may enact some change in their lives.

Your opinion is not only welcome, it is encouraged to be shared in the comments section, including who you think should win, and your suggestions of your song or songs of the year. This is not an up or down vote however. Vote volume is considered, but your job is to convince us all of why your opinion is correct, to hopefully rigorously vet out the eventual victor.

If we’re clear on the rules, touch gloves and come out swinging.

The images are powerful enough. It shows the true life destruction floods can cause, with homes surrounded by water, and the double yellow lines of roads descending into swamped out landscapes where little hope seems to remain. Yet it’s the true life lines of the song like “Hope left here on a prison bus. Guess this town ain’t good enough for the worst of us” about the recent closing of the nearby Tamms Correctional Facility that really set the loss of community the song and video look to portray into stark perspective. (read full review)

Isn’t it interesting how somehow losing can result in our greatest inspiration, and ultimately give rise to our greatest work. There’s something about getting kicked when you’re down the brings out the best in people. It took Justin Wells virtually quitting music to find his purest voice, and maybe his widest recognition. This may be a song about underdogs and losers, but it also might be the top dog of the 2016 pack.

From Justin’s album Dawn in the Distance.

Many artist attempt to instill their music with dark or disturbing sentiments, but I don’t think that I’ve ever heard a more disturbing and true lyric than the one at the heart of “Dust.” We’re told to cherish our thoughts and memories because they can’t be replaced by money and we can take them with us when our times comes, but ultimately we don’t know that to be true. This fear really comes into form when you see the toll memory loss takes on the elderly. Lucinda says something we all settle upon when we’re troubled of mind, and with such haunting truth that it stoves right to your bones. Yet at the same time there’s a strange solace you find when hearing this simple idea spoken.

The fact that Lucinda is still writing songs of this power in her career speaks to her singular gift of insight through songwriting.

It’s amazing that you can happen upon a song like this, and it’s just sitting out there undiscovered by the masses. “Wasting Time” is one of those songs you can’t believe isn’t a cover the first time you hear it. The melody is so perfect, the lyrics are so true, surely in this retrodden world someone has done it before. But no, this is all Karen Jonas. It’s a song that if there was any sanity or righteousness in the world, some massively popular artist would scoop it up and make it a timeless classic of the modern era. Or, it’s strength would make a massive star out of Karen Jonas.

And no, it’s not some hard country song, but there are plenty of those on Karen Jonas’ Country Songs album.

Dealing with loss is never a bad idea for the premise of a song when you want to get deep, but doing it in a way that captures the true essence of that emotion is something even the strongest songwriters struggle with. Many times it’s not just the enormity of the loss that hits us, it’s those little things we do and see, those everyday moments that make us realize that loved one is no longer there that add up to eternal heartbreak. Doing something you cherished with a loved one for so many years, and now having to do it alone is the moment Erik Dylan captures exquisitely in this song.

But instead of reeling you deeper in depression, what “Since You’ve Gone to Heaven” does is articulate how hurting and struggling to get straight with life is something most everybody suffers with, which creates its own healing through wisdom and commiseration. Adding to it the all-too-common narrative of general economic struggles, and the very personal perspective of a child losing their parent, “Since You’ve Gone to Heaven” has a message most everyone can identify with.