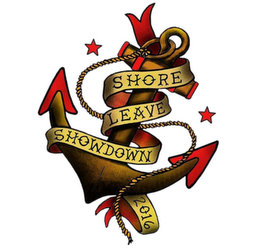 A bunch of lucky bastards will be congregating in southern Florida on Saturday, February 6th at the Magic City Casino in Miami for the Shore Leave Showdown, which dubs itself as a one-day “Southern Outlaw” festival, and includes one beefy lineup, not limited to The Mavericks, Ray Wylie Hubbard, Dale Watson, Robbie Fulks, Sarah Gayle Meech, The Kentucky Headhunters, and many more (see full lineup below).

The Shore Leave Showdown is making use of some of the assembled talent and loyal Outlaw country fans who will be making their way to South Beach for the maiden voyage of the Outlaw Country Cruise, which departs Miami on February 7th and returns on the 11th. The Mavericks, Ray Wylie Hubbard, Jesse Dayton, Rosie Flores, and Sarah Gayle Meech are all set to perform at both events. The Outlaw Country Cruise has long since been sold out, but the Shore Leave Showdown might be an option for those who missed out on the cruise.

Perhaps most importantly, the Shore Leave Showdown will mark the triumphant return of country rocker Eddie Spaghetti—the frontman for The Supersuckers—after a nasty bout with throat Cancer, and a successful recovery after surgery and chemotherapy treatments.

In June of 2015 it was announced that The Supersuckers were canceling a European Tour due to Eddie Spaghetti’s Stage 3 oropharynx Cancer a Cancer in the neck and throat. On October 19th, after extensive treatment, Spaghetti was declared Cancer free by doctors, and has since been working to regain his strength and singing voice.

Though The Supersuckers are mostly know as a West Coast punk rock and roll band, they’ve made numerous forays into country, including collaborating with Steve Earle and Willie Nelson. The band’s last record Holdin’ The Bag was an exclusively country effort, and one of the most underrated country releases of 2015. The Shore Leave Showdown includes an “Allman Brothers Southern Stage,” a “George Jones Outlaw Stage,” and The Supersuckers, along with ‘X’ and The Surreal McCoys will play the official afterparty. After that The Supersuckers will embark on a 16-date West Coast junket to welcome Eddie Spaghetti back to touring form.

More About the Shore Leave Showdown 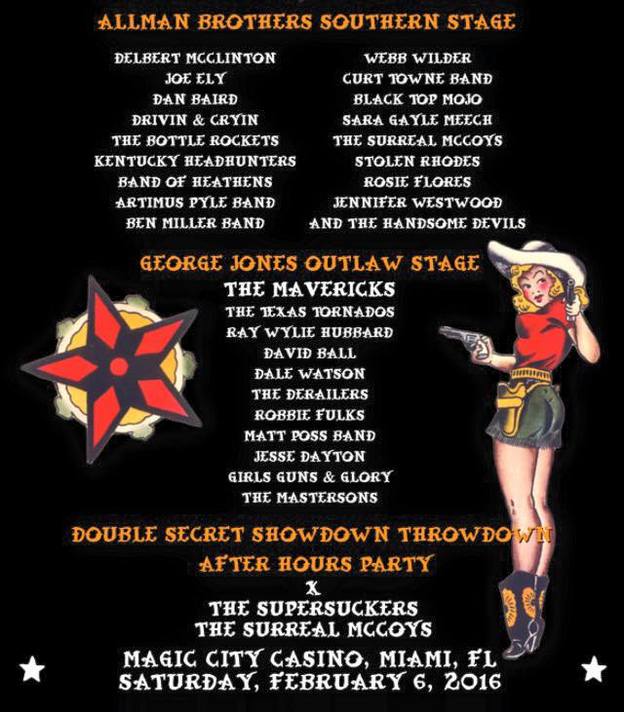