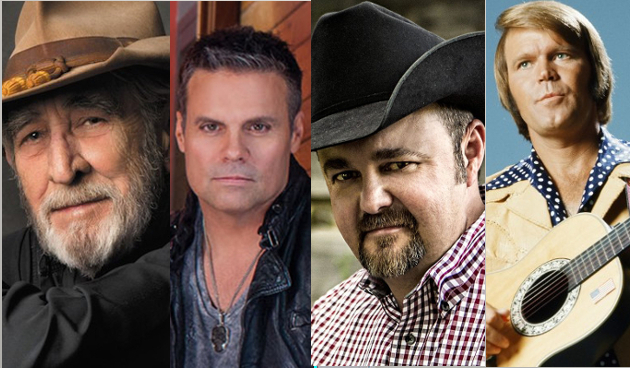 When we saw the expansive list of performances scheduled for the 2018 ACM Awards Sunday night (4-15) in Las Vegas, we knew something would need to be axed from the presentation to make room. During most every awards show in the modern era, country music or otherwise, there is usually a segment where the artists, entertainers, and/or dignitaries of note who have passed away in the last year are honored with at least a quick graphic or some other note to remember their legacy, if not an outright tribute performed in their memory by today’s stars.

Sometimes these segments stir dissent because fans feel they’re too short, and often a name or two is inadvertently left out, which is natural. But to not have an In Memoriam segment at all is a little unusual, especially when you’ve had so many significant deaths recently, like country music has since the last ACM Awards installment.

Perhaps you can’t run down every single artist who has passed away in the last year that has some affiliation with country music. But how long would it have taken to at least mention the name of Daryle Singletary, who passed away tragically at the age of 46 in February, leaving behind a 3-year-old, 5-year-old, and two 7-year-olds? Why not just give a passing note to Don Williams and Troy Gentry who passed away on the same day in September? Troy Gentry died in a tragic helicopter accident, and Montgomery Gentry was nominated for the ACM Vocal Duo of the Year every year between 1999 and 2009. Or how about Glen Campbell who won 10 ACMs in his career, including a Lifetime Achievement Award? Or Mel Tillis who is yet another one of many artists who’ve passed since last April?

In fact for all of the talk heading into the ACM Awards about the proximity to the biggest massacre in modern United States history at the Route 91 Harvest Festival site in Vegas, there wasn’t really much memorializing going on at all, or even any mentioning of it. While the media made a big deal about the significance of the event, aside from an opening segment where Jason Aldean, Miranda Lambert, Luke Bryan, Maren Morris, and Thomas Rhett remembered the victims in a short speech, and some images of survivors in the crowd and such were captured quickly on camera throughout the night, there really wasn’t much mention of it at all.

Comparatively, the CMA Awards in November 2017 had a stirring tribute, both for the Route 91 Harvest Festival victims, and an extended In Memoriam segment as Carrie Underwood sang. Historically, the CMAs have always outclassed the ACMs, but where the CMAs stepped up, the ACMs seemed to side step the opportunity when it was theirs to seize being so close to the tragedy, perhaps not wanting to come across as opportunistic, or perhaps not wanting to broach what has become a politically contentious subject.

Host Reba McEntire did a great job on the evening weaving in wit and reverence in the right amounts, but would it have killed the producers to give her even 15 seconds to mention the names of Singletary, Campbell, Williams, Gentry, and Tillis, if nobody else? This was former Grand Ole Opry manager Pete Fisher’s first go-round operating the ACM Awards since taking the top spot at the organization, and he may have not had time to fully implement his vision for the awards this year. Some of the nominations were strange, including “Whiskey and You” from Chris Stapleton’s older album Traveller being nominated for Song of the Year, and only four nominees in the New Female Vocalist of the Year category.

No presentation is going to be perfect, and no matter what you do with an In Memoriam segment, someone is going to complain about who got left out, how long it was given, or how well it was done. Lets face it, remembering the dead is a downer, and in the fast-paced world of music presentations when you’re trying to keep the television audience attentive, it’s risky to dive too deep into the effort. But making some kind of effort you think would be better than making no effort at all.