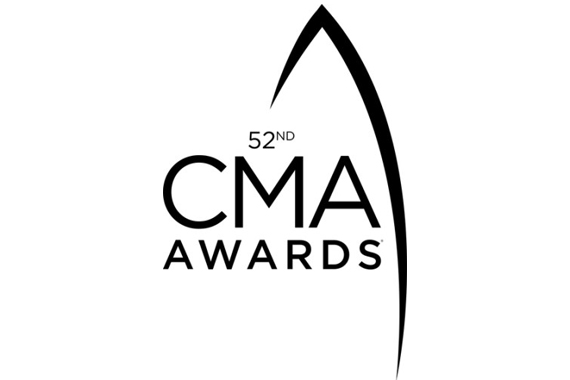 Once again the CMA Awards will be hosted by Carrie Underwood and Brad Paisley, and will air on November 14th on ABC. Make sure to stop by that night for Saving Country Music’s always-scandalous LIVE blog. In the interim, here are some off-the-cuff, knee jerk reactions and wild-eyed predictions on the awards.

Please leave your picks and prognostications in the comments section below.

Once again a sausage fest, but who is the woman you would nominate here? Miranda Lambert hasn’t released a record in two years, and Carrie Underwood is just entering her album release/tour cycle.

Jason Aldean very well might win this with the continued, and surprising strength of his record Rearview Town. Aldean’s traditionally been snubbed by the CMAs. Now he may walk away with the biggest trophy to go beside his two consecutive ACM Entertainer of the Year Awards. But he’ll have to beat out Luke Bryan to do it (whose What Makes You Country has been selling unusually slow). Touring always plays a role in this award, but all of these dudes are just about evenly matched. Stapleton right now is descending until he releases new music.

You’re not even nominating Luke Bryan for this award? My how the mighty have fallen. We’re used Jason Aldean getting snubbed by the CMA, but yikes. Blake Shelton also has to be wondering what happened while Thomas Rhett and Luke Combs land nominations. Nonetheless, Chris Stapleton has to be considered a frontrunner. The CMAs love to nominate Keith Urban, but then keep his seat occupied beside Nicole Kidman all night as the couple politely claps for the winners. Dierks Bentley doesn’t have the muscle for this, despite a good new album. Luke Combs’ inclusion here pretty much assures him New Artist of the Year.

Luke Combs should win this, and likely will win this. He’s the actual “new” artist who’s been making waves in the mainstream who critics and peers respect. They squeeze Lauren Alaina in here because they wanted a woman in the category, but she released her first album SEVEN years ago. It’s a joke to include her here when Ashley McBryde and others would make great picks. Brett Young has been recycled through this category before. Great costumes, but Midland shouldn’t win this.

Folks, this is supposed to be about a song that impacts music and society to some big degree. Kacey Musgraves’ “Follow Your Arrow,” Jamey Johnson’s “In Color,” “Murder on Music Row,” “Sunday Morning Coming Down” are all previous winners. And then this? Why is “Body Like a Back Road” even here? It was nominated LAST YEAR too.

“Drunk Girl” by Chris Janson is the song that should win. “Drowns The Whiskey” is also pretty good, and is spending its 2nd week at #1 on radio as the nominations come out. We know the CMA loves to vote for Stapleton, so don’t rule out “Broken Halos.”

Gonna be hard to deny “Meant To Be” this for it’s supposed “record-setting” run on top of the charts. Though it’s all due to fixed numbers and fuzzy math, that’s just the ugly reality. The CMAs sure really like Dan + Shay’s “Tequila,” but I just don’t see the star power behind it. “Drowns The Whiskey” would be the runner up, but voters will likely throw their weight behind it as the “Musical Event” as opposed to this.

For whatever reason, the hip thing to do over the last few award show cycles has been to deny Florida Georgia Line what is rightfully theirs commercially, and give this thing to Brothers Osborne instead. Hey, I’m not complaining, and with a well-received new record out there, hard to see Brothers Osborne not holding serve, even with FGL’s involvement with the monster Bebe Rexha single, “Meant To Be.” Maddie & Tae and Sugarland have no chance. Sorry Big Machine. Once again Dan+Shay sit in the offing as the curious golden boys of the 2018 CMAs, but hard to see them winning.

Carrie Underwood should win, and Carrie Underwood probably will win. It’s an off album year for Miranda, and with the tabloid headlines (fair or not), some voters will be leery to check the box beside her name. Maren Morris is the dark horse here, and could slide in since Carrie is just starting her album cycle as opposed to being right in the thick of it. But since Carrie’s new album will be delivered right as voting ballots are mailed, she will be top-of-mind.

Very hard category to pick. We know CMA voters love Chris Stapleton, but it’s about time for that whole thread to start to fatigue. Also, Vol. 2 has been the weakest performing of all of his records. Golden Hour will be the critical favorite, but will it have the muscle to win? This leaves the door open for just about anybody, including Keith Urban’s godawful Grafitti U, or Thomas Rhett, who would win on commercial prowess alone. Dierks would be a fine pick, but it’s hard to see it winning unless votes are spit up so much, it ends up as the last man standing. Very hard to call here.

Ugh. We know how much awards shows love Little Big Town. And Big Machine has to win something, and Midland is a hot name.

“Dear Hate” will be the sympathy pick. “Drowns The Whiskey” is probably the best song.

“Drunk Girl” should be the big competitor here, and this may be a good consolation prize if it doesn’t win Song of the Year. “Cry Pretty” should also be a contender, but this award annually is anyone’s guess, going to whomever they want to give a 2nd tier CMA Award to as opposed to who deserves it.