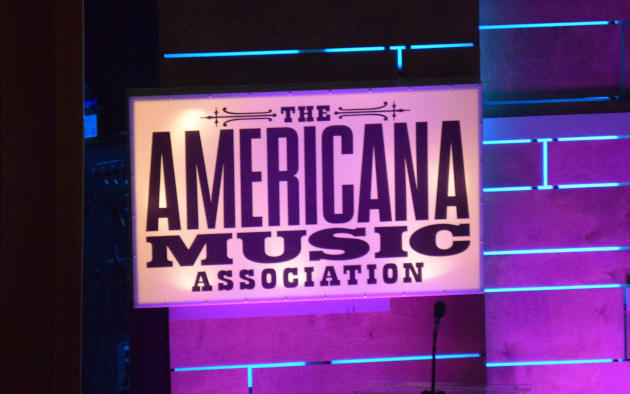 The 18th Annual Americana Music Awards transpired Wednesday night (9-11) at the Country Music Mother Church, the Ryman Auditorium in Nashville, with lots of love spread out among a diverse list of winners, but John Prine emerging as the biggest winner walking away with both Album of the Year for Tree of Forgiveness, and Song of the Year for “Summer’s End.” When he won for Song of the Year, Prine joked that he had the speech already written for when he lost at the Grammy Awards.

The show opened with the supergroup Our Native Daughters consisting of Rhiannon Giddens, Amythyst Kiah, Leyla McCalla, Allison Russell opening the show, setting the stage for the underlying theme of the 2019 presentation: Diversity. With all four Artist of the Year nominees being women (Brandi Carlie, Rhiannon Giddens, Kacey Musgraves, and Mavis Staples), the Americana Music Awards offered a stark contrast to those award shows representing the artists of Music Row.

Hosted by the Milk Carton Kids for the second year, Jim Lauderdale came out during the opening monologue to do the ceremonial torch exchange as the award’s original and long time host. It was the moment some expected last year, but didn’t happen. Lauderdale gave the Milk Carton Kids Manuel Couture coats. Later the Milk Carton Kids told the best joke of the evening, saying they were forming a supergroup called “Hymen.” “It’s not just a band, it’s a movement,” they said.

Multiple Lifetime Achievement Awards were handed out as well. Fellow Texan Jack Ingram was an appropriate person to introduce and honor Delbert McClinton, who walked away with the Lifetime Achievement Award for Performance. McClinton told the story of seeing John F. Kennedy just an hour before he was assassinated, and how most all of the labeled he’d recorded for were now out of business. After the award, McClinton performed his signature song, “Two More Bottles of Wine.”

Rhiannon Giddens received the inaugural Legacy of Americana Award along with former slave and fellow musician, “Fiddler” Frank Johnson. Giddens was the one to both give and receive Frank Johnson’s award, not just for him, but for all of the “unnamed by musicians that are an inextricable part” of today’s music that never received their due in life. She then performed “Wayfaring Stranger” on banjo with Francesco Turrisi on accordion. She actually performed the song twice due to technical issues so the later broadcast would have a flawless version.

The Lifetime Presidents Award went to songwriters Felice & Boudleaux Bryant. Already Country Music Hall of Famers, they were honored for their incredible gifts to the American songbook, most notably through the Everly Brothers. Their children were in attendance to see the award. The Milk Carton Kids made for the perfect act to pay tribute to them with their ability to perform the close harmonies indicitive of the Everly Breothers.

The War and Treaty won Emerging Act of the Year, which they fittingly received on September 11th, 2019. Michael Trotter of the duo served two tours of duty in Iraq after 9/11, and still suffers from PTSD. His wife Tanya dedicated their win to every soldier, especially the ones who suffer from PTSD like her husband.

Presenters included Dan Auerbach introducing Yola, Billy Strings and Molly Tuttle, Bonnie Raitt who emerged from backstage to roaring applause to dole out the Lifetime Trailblazer Award to Maria Muldaur. Shawn Colvin and Ketch Secor, Brandi Carlile, Freedom Rider Ernest (Rip) Patton presenting the Lifetime Inspiration Award to Mavis Staples, and T Bone Burnett giving the Lifetime Achievement Award for Songwriting to Elvis Costello. “They discovered I was English and I’ll have to give it back,” Costello said in his acceptance speech.

The Americana Music Awards were streamed and broadcast live through multiple outlets. For those that missed it, the presentation will be rebroadcast in a more produced version on PBS at a future date.

Emerging Act of the Year