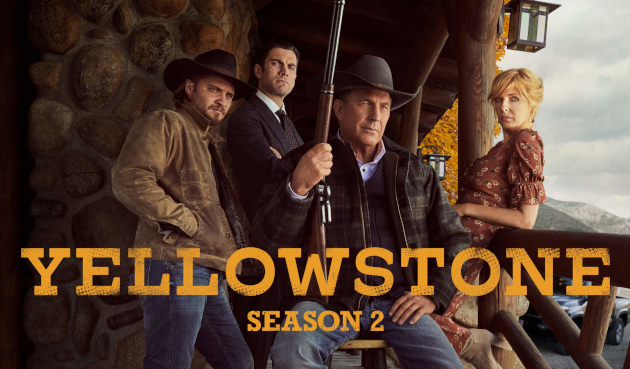 The Paramount Western series Yellowstone starring Kevin Costner doesn’t just make for compelling television, it also works as a great discovery mechanism for good country and roots music that much of the rest of popular culture ignores. Season 2 of the series that started in June has been no different, featuring music from the Turnpike Troubadours, Tyler Childers, Eliot Bronson, Jason Isbell, Chris Stapleton, The Marcus King Band, and many others, including Ryan Bingham, who is a revolving character on the cast. Blackberry Smoke leads the pack with songs on the soundtrack with six played so far in the series, and a seventh upcoming.

“As fans of Yellowstone, we have been engaged with the storyline since the show began,” Blackberry Smoke frontman, singer, guitarist, and songwriter Charlie Starr tells Saving Country Music. “What [Producer] Taylor Sheridan, Kevin Costner and their whole team have created is fantastic and we’re humbled to have Blackberry Smoke’s music be such a big part of season 2.”

And the idea that Yellowstone is helping good music reach new audiences isn’t just a hypothetical. In 2018 when Whiskey Myers appeared in the series not just as soundtrack contributors, but as an actual band in one of the scenes, sales of their records shot up immediately afterward. The 5th episode of Season 2, which first aired on July 24th opened with Tyler Childers singing “Nose to the Grindstone.” This piqued the interest of The View commentator and famous daughter Meghan McCain. “Wow, Tyler Childers’ voice is so beautifully intense and haunting – wish I had been introduced to his music earlier….,” McCain tweeted out. (McCain is also strangely a big Hellbound Glory fan).