30A Songwriters Festival Assembles Incredible Lineup for an Important Cause 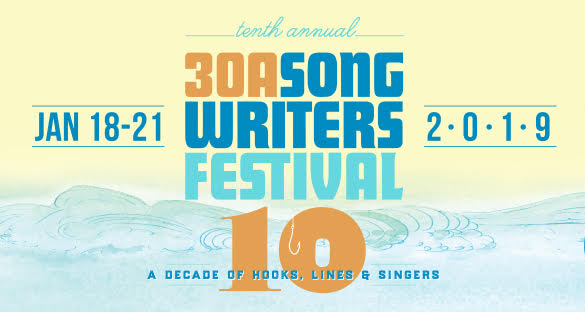 The 10th annual 30A Songwriters Festival set for January 18-21, 2019 in Walton County, Florida will take on extra significance this year, and not just because it’s the event’s 10th Anniversary. Located in the Florida Panhandle, and just west of where the devastating Hurricane Michael made landfall in October, the event will be a way for music fans to help support an area that has received surprisingly little national attention in the aftermath, and no major musical tributes despite causing an estimated $15 billion in damage.

The other reason the festival holds significance in 2019 is due to the incredible lineup the event is putting together. Not your typical festival, this is more about the artists and their songs, with many acoustic and intimate one-of-a-kind performances along with full band shows spread out over four days and multiple venues, allowing true fans of songcraft a more memorable experience with their favorite artists, along with the opportunity to discover something new.

Jason Isbell, Brandi Carlile, Rosanne Cash, Lucinda Williams, Steve Earle, Justin Townes Earle, Patty Griffin, Amanda Shires, The Secret Sisters, The War and Treaty, and Radney Foster are just some of the many world-class songwriters who’ve already confirmed for the 2019 event that eventually will swell to some 175 songwriters. 225 total performances in 25 separate venues ranging from restaurants and bars, to small theaters, to large outdoor spaces will take place over the four days.

“This will be our tenth annual 30A Songwriters Festival and we are delighted to welcome back some of our favorite performers from past years, including Jason Isbell, and introduce our audience for the first time to Grammy and Americana award nominee Brandi Carlile,” say Festival producers Russell Carter and Jennifer Steele. “We join with our ticket patrons, sponsors, the board of the Cultural Arts Alliance and RCAM to happily donate a portion of the net profit from the Festival to Hurricane Michael relief efforts in the Florida Panhandle.”

Whether you’re a snowbird, songwriter junkie, or perhaps an aspiring songwriter yourself, the 30A Songwriters Festival may not be a bad option for your Winter festival plans, especially with the lineup that is shaping up. A full list of confirmed performers can be found below, and tickets and more information can be found at 30asongwritersfestival.com .