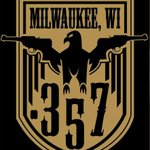 Over the weekend, one of the best bluegrass ensembles to ever grace the planet made their final bow, as the .357 String Band said farewell in the form of a pair of shows in their home state of Wisconsin. Friday (11-25) found them at the historic Turner Hall in Milwaukee playing to a packed audience that included many personal friends and family, including Those Poor Bastards who among others opened the show. (review & pics from Third Coast)

“Until we see you guys again, I just want to say thank you from the bottom of my heart. Keep on supporting local music, the local economy, and keep on taking care of each other. You’re best fucking fans in the world,” guitar player Derek Dunn said before launching in to their set ending song “Rollin’ Down The Track” off their album Fire & Hail, which was the Saving Country Music’s 2008 Album of the Year, and also #8 on SCM’s Albums of the Decade.

Earlier in the night Derek and the band also thanked their parents, and many of the other individuals and artists that helped and influenced them over their run that spanned over six years. Their first album Ghost Town was released 6 years ago today. .357 played their final show Saturday (11-26) in Green Bay.

Both shows included new .357 String Band music, songs like Tongues of Fire, Poisonous Circles, & Let The Bones Be Burned, songs that fans may never get a chance of hearing a recorded version of now. However as the band stated when they announced their breakup, fans can expect solo projects to be forthcoming, and for those that can’t wait and have yet to pick it up, Joseph Huber’s Bury Me Where I Fall is a must have (read SCM review).

I know the stated reason that the band broke up was banjo player and songwriter Joseph Huber wanted to pursue a different direction and different interests, but I can’t help but to look at myself, and at the obvious financial situation that surrounded the band and say, could we have done more? It comes up all the time, how if some of these bands and artists cannot find greater support, they will eventually go away. Well now we have our first example, and it is a band that by underground country standards was long in the tooth, and also very accessible, with few if any excuses to be given of why they didn’t hit it big.

But aside from pointing out how important an honest autopsy of the .357 String Band is, and how important it is for fans to buy music instead of steal it, drive to that next town over on a work night to see them, or help spread the word about their favorite bands, I want to thank the .357 String Band for all those years they spent eating beans, sleeping on floors, spending hours in a smelly van to make a gloomy life in a recessionary world that much more enjoyable. Aside from their machine gun style of bluegrass which might be their signature, their slow and heartfelt songs about struggle and the unsustainability of the economy might have been their most poignant contribution.

And I assert now, and will always assert in the future, regardless of how obscure they were, along with Bill Monroe’s Bluegrass Boys, Flatt & Scruggs, and a few others, the .357 String Band was one of the greatest, most groundbreaking, and influential bluegrass bands of all time.

Rest easy boys, you did well.