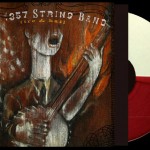 In 2008, a fledgling Saving Country Music named its first “Album of the Year”. The award went to the blazing punk bluegrass band from Milwaukee, the .357 String Band, and their magnum opus Fire & Hail. Then on New Years Eve of 2010, Saving Country Music announced its “Top 10 Albums of the Decade” in all of country music, and Fire & Hail made it on that list too.

There is no harsher critic, nor more revealing force in music than time. Time reveals all warts and washes away any help from trends and current tastes. But here nearly four years later, no revisions need to be made, no clarifications are called for. Fire & Hail remains a preeminent, timeless release, and one of the most important ever in underground country, surpassed possibly only by Hank Williams III’s Straight to Hell.

.357 String Band put out 3 excellent albums before officially calling it quits in November of 2011. But Fire & Hail is where banjo player Joesph Huber revealed himself as a brilliant songwriter of marksman first-class caliber. It’s where mandolinist Jayke Orvis revealed his depth of composition, from penning one of the band’s signature songs “Raise The Moon” on their first album, to procuring the heart wrenching “Hold Me Tight” duet with underground country queen Rachel Brooke. It’s where guitar player Derek Dunn codified himself as the hub of the band, and where Rick Ness established himself as one of the most solid back beats wielding an upright bass.

And they were all the absolute best possible musicians you could find at their respective positions, each challenging each other, pushing each other to keep up with the band’s demands for artistic excellence in both instrumental technique and creative composition. Listening back now at Fire & Hail, with so much talent in one place, no wonder the project was untenable, and no wonder the respective players have moved on to become their own trees instead of respective branches of the same project. 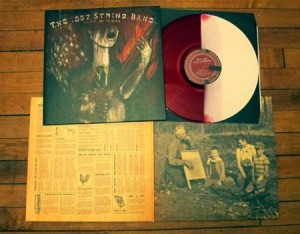 Still, the loss of .357 String Band may go down as underground country’s greatest tragedy. I can think of no other project that was so ripe for becoming a success story of authentic American underground roots. They were brilliant, but accessible at the same time. Seeing the success these days of Mumford & Sons, The Avett Brothers, Trampled by Turtles, and Old Crow Medicine Show to name a few, it’s baffling how .357–a superior gaggle of talent–somehow missed the boat. It is a great sin of American music.

Luckily we still have the legacy of .357 String Band to reflect back on, and the respective work and side projects of the individual players–including Billy Cook who filled in for Jayke Orvis in later years–to see us through a period that feels mired and creatively discounted without the muse, and the challenge to inferior talent the .357 String Band embodied. That is why it is such great news that the band has reissued the seminal Fire & Hail on split-color red/while limited-edition numbered vinyl.

But even if vinyl is not your bag, if you’ve never heard of this band or never owned Fire & Hail, do yourself a favor and stop down and get yourself a copy. And for the rest of us, the warmth of analog sound will be a tide over until our glorious .357 rises from the ashes to reproduce their magic that has been stricken from the ear too long. Or at least, that’s what we will tell ourselves to cope with the fact they continue to no longer be around. And in a similar vein, there’s talk from them of a “Best Of” with some unreleased tracks seeing the light of day soon, so maybe there’s still a chance to satiate a little more of the .357 String Band thirst that haunts us, eternally unreplenished as long as their hiatus remains active.