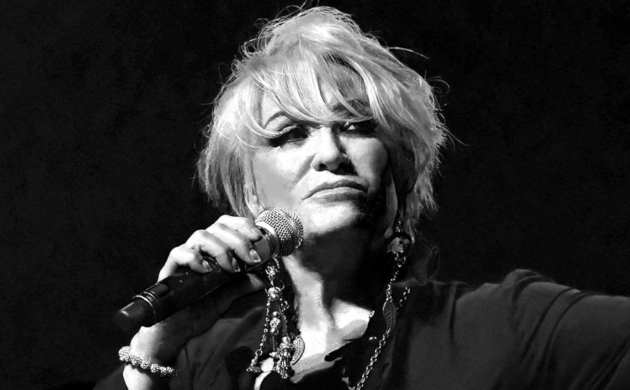 It’s been a long road for Tanya Tucker, but she has finally received distinction from the Recording Academy. In fact, she received a few of them during the 2020 Grammy Awards Premier Ceremony Sunday (1-26) afternoon before the televised portion of the program.

First nominated for a Grammy Award in 1973 for her breakout single “Delta Dawn” recorded when she was just 13-years-old, Tanya Tucker was nominated for 10 more Grammys before winning finally her first for Best Country Song for “Bring My Flowers Now.” That means she’s waited 47 years to walk away with a Grammy trophy. Then Tanya did herself one better by walking away with arguably the biggest country distinction of the night, Best Country Album for her comeback record While I’m Livin’.

“After 50 years in this business, and it’s still unbelievable to me that I still have a few firsts left. So after 14 trips, 14 nominations, this is the first win, and I can’t believe it.” Tanya Tucker told the crowd after winning for Best Country Song—a songwriters award that she will share with co-writer Brandi Carlile, who also co-produced her record with Shooter Jennings, as well as Phil and Tim Hanseroth. “[Brandi] helped me finish this song that I started writing over 40 years ago. I just want to say that no matter how young or old you are, never stop following your dreams. Keep going.”

“This is really Tanya’s moment, and this is her song,” Brandi Carlile said. “And this song is a story of her life, and it’s one of the great honors of my life to stand up here when you get your first Grammy at 61-years-old. Women in country music leading the way!”

Moments later, Tanya Tucker was also announced as the winner for Best Country Album, beating out mainstream performers such as Eric Church, Thomas Rhett, the Pistol Annies, and Reba McEntire. In accepting Best Country Album, Tanya told the story of how Shooter convinced her to record While I’m Livin’.

“‘I don’t think I’m coming out there to make this record. I just don’t think I can do it,'” Tanya told Shooter. “And he said, ‘Tanya, you always said you would do anything in the world for me, just do this for me.’ And I did. I did it for Shooter, and I met Brandi, and I’ve never known such a talented person in my life. There are no words to express what I feel right now.”

Brandi Carlile then added, “Me and Shooter asked Tanya why she hadn’t made an album in almost 20 years, and she said ’cause when her mom and her dad died, she just couldn’t do it anymore. She though that it meant there was more love behind her in her life than ahead of her, and she knows that’s not true right now.”

Other big country and roots winners from the Premier Ceremony include Willie Nelson who won for Best Country Solo Performance for his song, “Ride Me Back Home,” Michael Cleveland won Best Bluegrass Album for Tall Fiddler, and Patty Griffin won Best Folk Album for her self-titled release. Dolly Parton also won another Grammy for her collaboration with For King & Country, while country songwriter Natalie Hemby won for Best Song Written For Visual Media with “I’ll Never Love Again.”

Tyler Childers, who was up for Best Country Solo Performance of “All Your’n,” flew in from his European tour to be in attendance, but unfortunately did not walk away with the trophy. Though Tanya Tucker is certainly happy with her wins, it’s worth nothing they were handed out during the Premier Ceremony streamed online as opposed to the major CBS broadcast as often happens for either Best Country Song or Best Country Album.