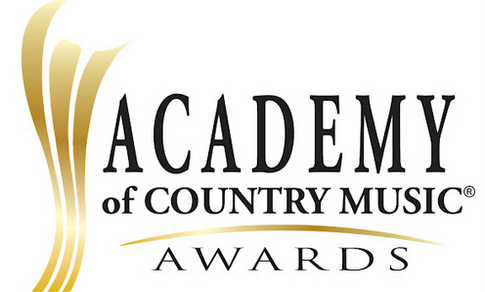 When: 7 PM Central, 8 PM Eastern on CBS. Time delayed for the West Coat.

With continued talk about the lack of support for female performers in country music, only one one female solo performer will have a dedicated solo performance on the night: Miranda Lambert. The recently-countrified Sheryl Crow will also perform, but it will be with Dierks Bentley. Shakira will perform, but she is not a country performer. The Band Perry and Lady Antebellum do have female members, and will be performing as well.

Justin Moore Ineligibility Issue for New Artist of the Year

Justin Moore is one of three artists up for New Artist of the Year, but is ineligible for the award for having two albums that have sold over 500,000 copies. Despite the ACM’s acknowledgement of the issue, and Justin Moore’s acknowledgement, nothing has been done to resolve it. Moore has to be considered a frontrunner for the award, and if he wins, it promises to stir the controversy anew.

The ACM’s will throw a tribute for The Hag as part of the festivities, with performances by Miranda Lambert and George Strait. They will sing “Tonight The Bottle Let Me Down” and “I’m A Lonesome Fugitive.” Merle will also receive the Crystal Milestone Award, and it will be presented to him by Garth Brooks. It also happens to be Merle Haggard’s birthday.

George Strait & the Entertainer of the Year

There will be even greater intrigue about the Entertainer of the Year award than normal with the possibility that King George could walk away with the night’s top prize just like he did at the CMA Awards in November. There’s also intrigue of who may win because of the ACM’s fan voting process. The unspecified amount of clout fans have in the award has called into question the legitimacy of the fan vote, with some Taylor Swift fans wondering why she was briefly announced as the winner last year, and Kenny Chesney calling out the fan vote a few years back.

”The Band Perry will open the show with their song “Chainsaw.”

”Dierks Bentley and Sheryl Crow will perform Dierk’s song “I Hold On.”

”Lee Brice will perform his ACM-nominated song “I Drive Your Truck.”

”Darius Rucker will play his Grammy-awarded version of “Wagon Wheel.”

”Blake Shelton and Shakira will perform their duet “Medicine.”

”Lady Antebellum with Stevie Nicks will sing “Compass” and “Rhiannon.”

”Miranda Lambert will sing her single “Automatic” and participate in the Merle Haggard tribute.

”George Strait will also perform in the Merle Haggard tribute.

Luke Bryan & Florida Georgia Line will perform “This Is How We Roll” with help from Nitro Circus action sports stars.

Single Record of the Year

Vocal Event of the Year

Vocal Event of the Year

”Shane McAnally has won Songwriter of the Year

”Ronnie Milsap and Toby Keith were both give Career Achievement Awards for “Individual artist, duo, group or multiple artist collaboration that has advanced the popularity and acceptance of country music.”

”Rascall Flatts and Steve Buchanan of the Grand Ole Opry have received the Jim Reeves International Award, which is presented to an artist for outstanding contributions to the acceptance of country music throughout the world.

”Jack Clement (awarded posthumously), Dean Dillon, Kris Kristofferson, and Buck Owens were given the Poet’s Award given to songwriters for outstanding musical and/or lyrical contributions throughout their careers.