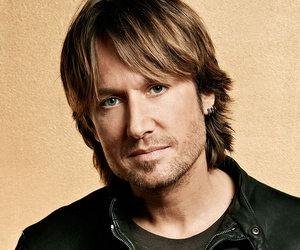 A total of 55 arrests and 46 medical incidents, including 22 people transported to hospitals, marred a Keith Urban concert event in Mansfield, Massachusetts Saturday (7-26) night at the Xfinity Center as part of his “Raise ‘Em Up” tour. Jerrod Niemann and Brett Eldredge also performed at the concert. The incidents resulted in the Mansfield Fire Department having to declare a “Mass Casualty” event to solicit the help of surrounding communities to deal with the amount of people needing care. Ambulances from Eaton, Foxboro, Mansfield, North Attleboro, Norton, Plainville, and private ambulance contractors were called to the scene to help deal with the the incident.

Deputy Fire Chief James Puleo of the Mansfield Fire Department told The Boston Globe that by 10:30 PM, the department had already deployed eight ambulances to Xfinity Center. The Mansfield Police Department said many individuals became ill at the Keith Urban concert due to excessive alcohol consumption.

The Sun Chronicle is also reporting that officials requested help for a 16-year-old boy with an unspecified injury and was unresponsive.

The Xfinity Center Public Relations Department later released a statement saying, “Last night we hosted more than 18,000 Country Music fans in Mansfield. Our team works hard to offer a great concert experience for fans and an overwhelming majority of fans enjoyed the concert, there were approximately 20 people that were transported to the local hospital mostly with non-serious, alcohol-related symptoms.”

The news comes as numerous stories about country concerts getting out of hand have been in the headlines, including an annual event in Pittsburgh where pictures of trash and drunken patrons became a national story in late June. Last week there was also the story of a 22-year-old man found dead in a dumpster after a Jason Aldean concert, but police have yet to determine what caused the man’s death.

Below is a joint statement released by Mansfield Fire and Police Departments in regards to Saturday night’s incident:

Police, Fire and Xfinity staff employ a unified command approach implemented in 2013 that is extremely effective in dealing with public safety. This is a scalable model that is accomplished through a systematic review of the history on each show and information regarding recent issues at other venues.

Last evening’s Keith Urban concert was not anticipated to present with the volume of issues handled, but measures were in place to provide appropriate and adequate care and protection to all patrons. As a result, although there was a higher than expected volume, appropriate care was available through the expandable model.

In total Fire and EMS attended to 46 medicals resulting in 22 transports mostly alcohol related. The large number of medicals in a shortened time of approximately three hours caused the activation of a phase one EMS plan utilizing ambulances from five mutual aid communities.

Police dealt with a steady stream of intoxicated persons as well, resulting in over 50 people being taken into protective custody and a number of others arrested for alcohol-related issues.

We would like to commend all those working the concert from ushers, to security, to the Police, EMS, and Fire personnel who worked and the local hospitals for their professionalism and resilient efforts during this busy show. Although all public safety personnel experienced a high volume of activity, the unified command model provided the flexibility to expand and meet the emerging needs as they began and provide the services required.

Last night Keith Urban posted a short video thanking the Mansfield fans. “Gosh, up on the lawn tonight? That was nutso,” Keith says.

***UPDATE (7-31-14): Keith Urban took the below video down, but has finally released a statement about the numerous incidents at the concert.