There’s been much talk so far this year about how the women of country are outpacing the men when it comes to the quality of music, and we’ve talked about possible reasons why that is. But we haven’t talked about some of the men that if simply given a chance, could shoot an immediate injection of substance into the country music format. They just need similar chances to their female counterparts.

It’s not that the men of country have any less talent. One of the problems is that many talented country men are making their way to Americana, tired of beating their heads against Music Row’s walls, and not wanting to be lumped in with the laundry list arena rock or country rap currently plaguing the mainstream male country ranks. If country music can’t facilitate the rise of their careers, country will lose their talent to other avenues.

A lack of talent has never been country music’s problem, it’s been recognizing that talent and allowing it to thrive by expressing its originality and creativity. Here are seven men that right now could enter into prominent positions in the country format and immediately make it better.

If you wanted one name, one man to watch in country music in 2013, that name would be Sturgill Simpson. Poised to take the country music world by storm (or at least the independent side of things), Sturgill’s debut solo album High Top Mountain is going to blow the doors off of country music when it’s released on June 11th. Sturg is already making waves out there on the road opening for Dwight Yoakam, and has one of the best management and booking teams behind him. Everything is in place. The next question is, will country music pay attention? 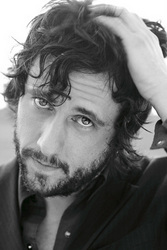 The truth is you’re already hearing Will Hoge on mainstream country radio, you’re just hearing his songs being sung by others. Hoge is one of those songwriters that has been right on the brink of breaking through for 15 years, but has always just been one important puzzle piece away. Eli Young Band had a #1 hit last year with Will’s song “Even If It Breaks Your Heart,” and at the time the songwriter didn’t even have a publishing deal. Recently Lady Antebellum recorded his song “Better Off Now.”

Will is now signed to BMG Nashville as a songwriter, and has been signed as a performer to Atlantic Records and Rykodisc in the past. Though Will has struggled to find the exact right opportunity to take his music to the next level, he is a battle-tested performer, a proven songwriter with commercially-viable material, and an artist the industry is familiar with that could immediately step in amongst country music’s mainstream men and bring more substance to the format, open up new themes, and hopefully challenge other male performers and writers to release more formidable material.

Whitey Morgan and his band The 78’s are the authentic, modern-day extension of country music’s true Outlaw country movement. It doesn’t get more hard country and honky tonk than this. Music Row’s batch of fake Outlaws will only be able to go so far before the American public wakes up to the fact they’ve been sold a bill of goods. Whitey Morgan is country music’s “new Outlaw” for the long haul.

With Evan Felker and the Turnpike Troubadours, the question is not if, but when. You may not be able to find a better example of a songwriter that can bring true country substance yet still find appeal with the masses. Like Hootie taking Old Crow’s “Wagon Wheel” to #1, Felker songs like “Every Girl” “7 & 7” and “Good Lord, Lorrie” are just screaming to be cut by a bigger name, letting the rest of the world know what a treasure the Texoma region has in this young and exciting band. The hardest thing for a Red Dirt / Texas country band to do is make that transition from regional stars to national recognition, and to do it without streaking their hair with highlights or releasing songs with obviously aims at radio success. The next couple of years are very critical for this band, but if Nashville had any sense, they’d hop on the Turnpike Troubadours bandwagon now.

A former Turnpike Troubadour himself, and a former member of the Mike McClure band, John Fullbright became a serious force in the music world when he released his critically-acclaimed From The Ground Up album last year that rose all the way to winning the young man from Bearden, Oklahoma a Grammy nomination for Best Americana Album. Isn’t it just like Americana to snatch up all of country’s promising male talent? But with the strength of his songs, John Fullbright could find a home in both country and Americana if he wished. At only 25-years-old (it’s his birthday today), the sky’s the limit for this emerging talent. 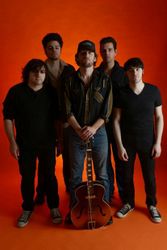 If you’re wondering where our generation’s Keith Whitley or Chris Ledoux is, look no further. Though Leroy will probably never play Nashville’s game, he’s got country music’s most formidable song catalog just waiting to be cherry picked and matched up with top-tier talent. In the meantime, Leroy and his band Hellbound Glory could be playing sold-out big club/theater shows and headlining grassroots festivals.

Virgil and Hellbound Glory are fresh off opening for Kid Rock on a nationwide arena tour and signing with the prestigious Agency Group for booking. It may be only a matter of months before we stop complaining of why Hellbound Glory isn’t bigger, and start proclaiming that they’ve made it. Time may be running out to get on board with Leroy Virgil at the ground level and enjoy the rise.

If country music was looking for its rough equivalent of Mumford & Sons, The Lumineers, and other acoustic string bands that are all the rage right now, look no further than El Paso, TX’s Dirty River Boys. Way more than just Americana’s version of a boy band, The Dirty River Boys have a grit and authenticity to them many of these other bands so woefully lack. Yet the Dirty River Boys can still can engage large crowds in sincere singalongs that tap into that sense of camaraderie that many music fans are looking for these days.