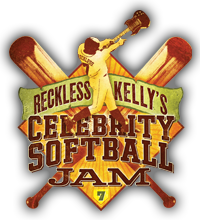 ‘Tis the season in Texas to get out and enjoy the outdoors before the swelter of summer starts in earnest, and to support many of the charitable events that mix music with sports. For seven years, Reckless Kelly has been throwing celebrity softball tournaments to help raise funds to support youth sports programs in Central Texas, and all told the Reckless Kelly Softball Jam has raised over $300,000 since its inception, including $175,000 for the renovation of Mabson Field in East Austin alone.

Along with the music celebrities, famous athletes such as former Major League Baseball players Josh Beckett, Brooks Kieschnick, Norm Charlton, Glenn Wilson Sr., and Randy Wells will be there, as will gold medalist Cat Osterman of the University of Texas softball, and former NFL players Kasey Studdard and Ahmad Brooks. Many media personalities for Austin and beyond will also be in attendance.

Along with field renovations, the Reckless Kelly Softball Jam benefits partnerships with MLB’s Reviving Baseball in Inner Cities program (RBI), The Miracle League, and several other baseball and softball leagues around Austin. The celebrities and artist will be divided into two teams: the “One Hit Wonders” and the “Sultans of Sing” coached by brothers Willy and Cody Braun of Reckless Kelly. 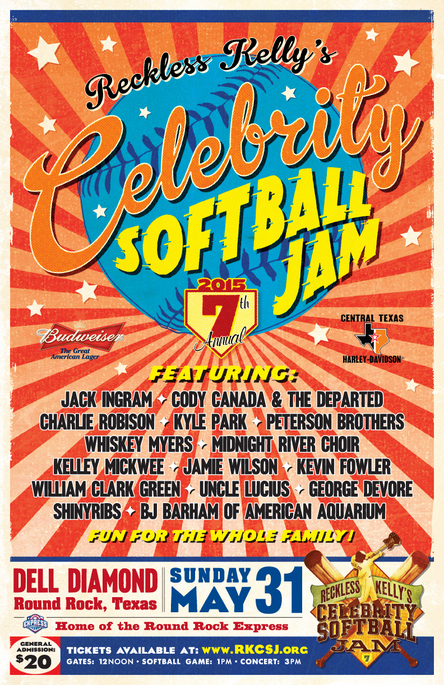