A Post-Facebook Music Guide for Bands, Artists, and Fans 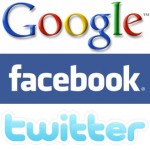 What seems to be at the top of everyone’s mind on this 21st day of September, 2011 is the recent reconfiguration of the Facebook interface. I can tell it’s top of mind, because people’s bitch rants about the change is what occupies every one of the top 20 slots in my Facebook news stream, and from what I understand, what you see at the top of your news stream is based mainly on popularity.

Many folks are opining this is the demise of Facebook, and are fleeing to Google+. The fact is Facebook is already in rapid decline, and was even before Google+ was launched in full force. After years of record growth, including adding at least 20 million users per month over the previous year, Facebook actually lost users in May 2011, almost 6 million users, with another 1.5 million lost in Canada (read the full report). This recent reconfiguration may help escalate the Facebook decline, but it is not the cause, it was a reaction to the fear that Facebook was dying already. Even if Facebook can make it through this redesign, there is a good chance it is still doomed.

The decline of Facebook has little to do with the interface, and more to do with the drama that Facebook was scientifically engineered to create and disseminate. That was Google+’s gamble, and their ace-in-the-hole with their idea of ‘circles’ that keep information within certain groups of contacts. If Google+ wins out over Facebook eventually, these ‘circles’ will be the reason.

But both interfaces are rating what you see based on popularity, the same exact system in Nashville, New York, and LA that keeps the robust musical talent in independent circles down, while the established, mainstream acts stay afloat despite talent shortfalls. The simple fact is, since the decline of the original MySpace, the ability for artists and fans to interact and share information has been devolving. Facebook was never a viable alternative to the artist tools MySpace offered, the most important of which was the MySpace bulletin board, which was a real-time way to post and share information, that did not use some obscure formula based on popularity that chose who saw what. If you posting something, all of your friends saw it.

Twitter is the only major social networking tool available for artists and fans that does not run your information through a third-party judgement filter that decides who gets to see what, and when. It simply aggregates in a timeline bits of information from people you choose to follow, without hiding or prioritizing anything. Its character restriction limits its functionality for certain things, but at the same time, also increases its potency for others.

Listen to me, and listen good. There is nothing more important, and no bigger challenge in music right now that the ability for artists and their fans to communicate. This takes effort on everybody’s part. Lessons must be learned from the death of MySpace on how to navigate the destruction of a social network without losing the network itself. Below are some suggestions of how handle the very real possibility of the death of Facebook. Most are for bands, because they drive the boat, but fans can can help themselves and the bands by understanding how they disseminate information, and making sure they put themselves in the right channels to receive it.

Don’t just jump to Google+ and call it good, and don’t rely on the whims of the pliable American public to afford you a viable vehicle for getting information out about your music. Every band needs a website. Even a business card website with basic information is better than nothing, but there is no better investment a band can make than a fully functional website that offers information about the band, music samples, videos, and most importantly, a blog or news feature, show calendar, and an email signup list.

Right now the biggest issue facing touring bands is the dissemination of tour dates. I cannot put into words how dumbfounded I am that there are dozens of bands out on tour right now, with no place to find their dates, mainly because many social networks make it difficult to impossible to post them.

And when you have a big announcement to make, (i.e. a new album, or an upcoming tour) don’t post that announcement on Facebook or Google+, post it on your website, and then link to it from all your social networking properties, and then send an email to your signup list. Putting original info out on social networks puts an extra layer between your information and search engines, while links on social network sites that lead to a centralized place actually help the search engines find it. Think of your website as the mother brain, with all the other sites as satellite properties.

Also understand that certain social network platforms are better for certain information than others. Work to understand what works best for you, and your followers. For example, it is probably best to post a big tour announcement through your website. But each night of the tour, announce where you will be through Twitter. Google+ might be better for personal quips or stories from the road, and pictures and video. And understand the more you post through any format in a 24 hour period, the less potency each post has. If you post something on Facebook or Google+, and then post something else an hour later, there a good chance most folks won’t see your first post at all in their news feed, that is unless the first post is more popular, then they won’t see the second. Twitter is the only format that you can be assured all your posts are accessible, but if you tweet 20 times a day, it is less likely each post will get read than if you post only 2.

And to the fans: Do your part by signing up for your favorite band’s email lists, at shows and online. We all want to stay in touch, and we all want to get information as easily as possible. We can do that through a social network’s news stream, or we can also do that through our email Inbox, which doesn’t change at the whims of some hoodie and sandals-wearing billionaire running a social engineering experiment, and your email is a place you already visit daily anyway.

Don’t Give Up on Any Social Network Too Early

We may be able to get a firm grasp on what the social networking landscape is right now, but it can change in a matter of days, Facebook just proved that. Anybody who tells you they know where social networking is going is full of it; nobody does. Who knows, Google+ could tank, and Facebook could recover. Twitter could lose it’s compass, and MySpace, now owned by Justin Timberlake, could make a big comeback. Jumping from one social network site to another is foolish. Be in as many places as you can. Spread your information out like a bad rash, and don’t give up on any social network until it is absolutely hopeless.

We have created many tools here for artists and fans to help keep everyone connected in the post-MySpace era. The more we all utilize these tools, the better they will work. We have an active and updated Calendar that covers all the appearances by core SCM bands. The SCM News Feed in the top right corner of every page is updated 24 hours a day, in real time to try to keep everyone connected on news. For especially big news and a weekly newsletter, you can make sure your on the SCM email list, and don’t forget the message board, where you can take control and post whatever you think folks need to see, and then link to it through social networks.