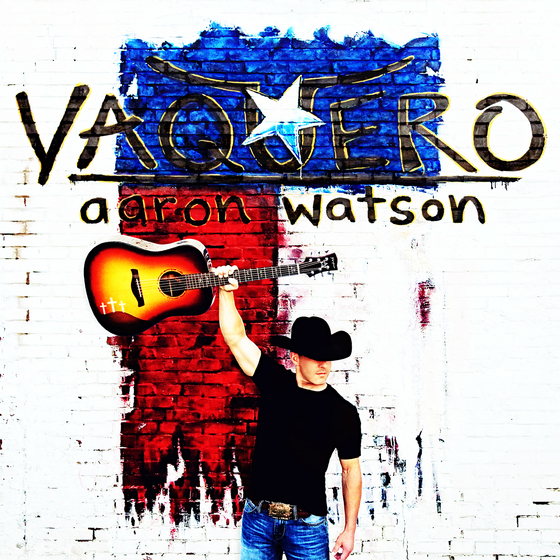 Aaron Watson will try to make history once again when he releases his 11th studio album called Vaquero on February 24th via his own Big Label Records on Thirty Tigers. Co-produced by Watson with Marshall Altman, the record will feature 16 total songs, half of which were penned by Aaron Watson himself, and the others co-written by the likes of Mac McAnally, Leslie Satcher, Kendell Marvel, and others.

“‘Vaquero,’ which means the ‘original cowboy,’ is an intensely reflective and personal set of songs filled with compelling narratives,” says the Aaron Watson team in an announcement. “Throughout, he depicts stories of a rugged people, humble but hardworking, like himself. He puts a playful spin on an insider’s view on the Texan way of life with ‘Amen Amigo’ and delivers life lessons courtesy of an old vaquero with the title track. On the poignant ‘Diamonds & Daughters,’ he opens up his heart for his little girl. ‘Mariano’s Dream’ is a companion piece to ‘Clear Isabel’ and on ‘They Don’t Make ‘Em Like They Used To’ he sings of the longing for the nostalgia of an earlier time. Listeners have come to know Watson’s pragmatic style and authenticity as an artist over the years. With ‘Vaquero,’ he keeps his Texas flare and honest songwriting at the forefront.”

Aaron Watson shocked the country music industry in early 2015 when his 10th studio album—ironically named The Underdog—went to #1 on the Billboard Country Albums chart. This was the first time such a distinction had been won by an independent male solo artist in recent memory, and set the table for the independent upsurge country music has seen on the albums chart since. A now 17-year veteran of the music circuit, the Amarillo native has a strong following in rodeo circles, and has created a strong following among traditional country fans, regularly packing out halls across the country.