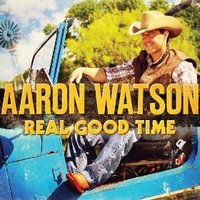 Texas Country music star Aaron Watson just released his 11th album Real Good Time on October 9th, and on the album the Amarillo native makes a good, healthy jab at the “country rap” phenomenon infecting country music’s airwaves. Jason Aldean, Tim McGraw, and the rest of the laundry list country rap crowd are lampooned by a song that is so well written in the country rap vein, the only way you know it’s not the real deal is the disclaimer in the song’s title that reads in total, “My Contribution To Ruining Country Music Country Song! Ha!”

Watson told the story behind the song when performing it live this summer as part of the Nutty Brown Cafe / KVET free concert series in Austin.

Something about a dirt road? Yeah. And then there was a trend where a few of them were rapping. And I said we need a spoof. I need a spoof song, you know what I’m saying? I recorded it with my good buddy Sam. And Sam said, “If you want to have a spoof, a little tongue and cheek, you’re gonna have to rap.” I said, “Sam, I don’t think I can do it.” But I rose to the occasion, or I lowered myself to the occasion. And this is not an honest to God attempt to ruin country music like everybody else. It’s the worst song I’ve ever written, I’m admitting that.

Or maybe it’s one of the best. When you’ve been writing real, heartfelt country music for the last dozen years, switching gears and going the other way and doing it with such wit and insight on how the other side of the music world works takes quite a measure of creativity and fortitude. Stupid bloggers like me can peck away at keyboards all day preaching to choirs, but the artists that fans look up to have the power to persuade, or in this case, point out the obvious that what is being sold to many country folks is a false bag of goods.

Aaron Watson is one of the good guys. Writing and performing a song like this takes guts.