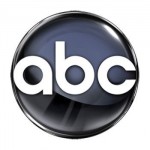 ABC has announced that a new TV drama called Nashville has been picked up for their Fall season. The show intimately involves Nashville’s mainstream music scene, with former Friday Night Lights actress Connie Britton portraying an aging country star trying not to be overtaken by the up-and-coming young starlet Hayden Panettiere from NBC’s Heroes. The pilot was written by Callie Khouri of Thelma & Louise fame and shot in Nashville last month.

A look at the trailer for the series seems to hint that Nashville will follow a similar story to the 2010 country music movie Country Strong starring Gwyneth Paltrow, though Nashville may even get more specific and more salacious, with the young Hayden Panettiere nailing anything not tied down, and producers mentioning Auto-tune out in the open. The themes and characters look like they could have been ripped out of a Dale Watson song or a story on Saving Country Music.

The biggest difference between Country Strong and Nashville will be that the TV version dramatizing country music’s eternal culture war will have to fill hour-long segments for a whole season. Old vs. young, twang vs. pop may be explored with greater detail than ever before, though many times television dramas as they age (hospital dramas for example) tend to veer away from the hard information that creates their setting, and focus more on love threads and side stories between characters.

It will take the airing of the show to really flesh out what Nashville‘s impact will be on the greater country music world, but just from watching the trailer it is safe to say that country music’s culture war has gone mainstream, a development that has been evolving for a while now. The idea that country’s aging talent is being unfairly pushed aside and its roots being neglected for the crossover flavor of the month is no longer a fringe, underground idea. It now goes without saying, and to Nashville‘s similarity to Country Strong, it may even be cliche.

This also speaks to the commercialization of the anti-Nashville sentiment. A few years ago, Music Row and Nashville’s major labels saw this anti-Nashville trend growing, and to commercialize it and reintegrate those fans they launched a new generation of “Outlaws” with songs complaining about pop stars and how nothing on the radio is country anymore, in songs that ironically sound way more like rock and originate from the same labels as the pop country performers do. Nashville could be the television version of anti-Nashville monetization. That leads us to who the big money is behind the Nashville series: Gaylord Entertaiment.

Gaylord is the owner of The Grand Ole Opry (which is featured prominently in the pilot) and many other core Nashville country music and non-music institutions, and reportedly is a big producer and financier of Nashville. Anyone concerned about what impact this series may have on country music and the city of Nashville should focus in on this relationship first.

The Grand Ole Opry stage is one of the biggest theaters in the country music culture war, with constant battles being fought over who deserves stage time and membership to country’s most important institution. It could be argued that without the drama Gaylord has already created through its management of The Opry, the Nashville series would not be possible. It seems only appropriate that the initial conflict between the series’ two main characters in the pilot happens at The Opry. Instead of answering or resolving the issues many country fans and performing artists have with the way The Opry is run, they appear to be using it as plot for a television show.

It is in the portrayal of the cultural divide that polarizes country music where it will be deemed if the Nashville series’ impact will be positive or not on country music, on The Grand Ole Opry, and on the city of Nashville. It appears from the pilot that a mayoral race is involved, so Nashville’s political dynamic will be part of the drama as well. As someone who grew up in Dallas, I can attest to how a single television series can create very strong, and sometimes very negative stereotypes about a city and its people that sometimes takes generations to erode and unwind afterwards.

UPDATE 10/09/12: Scott Borchetta and his Big Machine label continue to empire build in Music City. They have signed an exclusive deal with ABC to market the music from Nashville.

“Music has to feel organic, appropriate and authentic when it is paired with on-camera visuals,” said Scott Borchetta in a statement about the deal. “When I saw the pilot for ‘Nashville,’ I knew instantly we needed to be part of it. Not only does our partnership make sense given how closely the show reflects the nature of the music business, but the show’s talent has created some incredible music.”

The music on the show is being produced by industry powerhouse T Bone Burnett. Some of the original songs for the series have been written by The Civil Wars, Lucinda Williams, and Elvis Costello.

Saving Country Music will be keeping a close eye on Nashville.