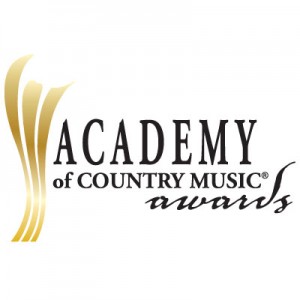 It’s bad enough that the country music farm system is so completely inept at developing new talent that we see the same damn artists nominated for the same damn awards year after year in an uninspiring drone of sameness. The ACM tries to shine a spotlight on more new artists by splitting the “New Artist” category into three different segments of male, female, and duo or group. But even then they find a way to goober it all up.

For example the female category this year (and in some years previous) only has four nominees instead of five. Sexist much? Come on folks, find a fifth female to fill out the roster with instead of institutionally downgrading the girls even when you’re doling out awards. And that says nothing out the extremely broad interpretation of “new” the ACM’s use to distinguish these artists. Brothers Osborne had a Top 40 hit in 2013. LoCash had one in 2010. But whatever. The ACM Awards have illustrated they’re not even interested in following their own rules on the subject, so it’s probably not worth wasting breath over. Basically, the New Artist awards are distinctions for the country mainstream’s 2nd tier stars.

And to show the great reverence that the ACM Awards take with these New Artists distinctions, and to shower incredible appreciation for the musical contributions of these fine performers, the ACM’s, with distinct honor, announced the winners of these awards on a random late Tuesday morning on freaking Twitter. What, did a Charlie Rose segment on CBS This Morning run long?

Anyway, possibly more exciting than who did win is who didn’t, namely the turd triumvirate of Kane Brown, Chris Lane, and Brett Young. Luckily they got bested by Jon Pardi who now boasts two #1 singles that both have “boots” in the title (“Dirt On my Boots” and “Head Over Boots”). I know he’s not everyone’s country music savior, but at least the dude isn’t afraid of putting some steel guitar on a track.

Maren Morris won for New Female Vocalist of the Year in one of the most obvious picks in country awards show history. It would have been nice to see Brandy Clark win, but is she still considered “new”? Cam and Lauren Alaina wouldn’t have been terrible choices either, because unlike the rest of the ACM categories, the new females in country actually have some talent.

And Brothers Osborne win for New Duo / Group of the Year, besting the moussed up Dan + Shay and others.

So there it is: Country music’s future announced on social media with some graphics slapped together by an intern. Now back to mundanity of your boring little lives country music fans, and make sure to tune into the ACM’s on April 2nd.

New Male Vocalist of the Year

New Female Vocalist of the Year

Why only four nominees? See, this is why females in country are so systemically marginalized. Find another name and put it here. Give that artist some recognition. Margo Price?

New Vocal Duo or Group of the Year