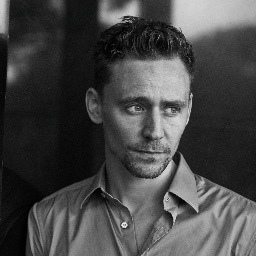 Actor Tom Hiddleston, most recently of blockbuster comic book movies such as Thor and The Avengers, was announced on June 12th as the leading role in an upcoming biopic about the life of Hank Williams called I Saw The Light. The English native who studied acting at the Royal Academy of Dramatic Art is a hot commodity in movies at the moment, and is reportedly already working on reprising Hank Williams, including rehearsing songs he will sing in the movie, while still finishing up his current project.

On June 18th, TMZ posted an abbreviated story about how Hank’s grandson, Hank Williams III, or Hank3, was angry about the choice of an Englishman to play the role, and that a Southerner like Matthew McConaughey would be a better fit. Later Hank3 clarified his statements after the TMZ piece spurned accusations of racism and whether Hank3 had the right to criticize the casting. Hank3 had reached out to TMZ, but they refused to post any further information.

Tom Hiddleston recently spoke to The Daily Mail about the film, reassuring concerned country music fans about the reverence with which he will approach the role.

“The film is about the man behind the myth, the power of his music, the sheer voltage of his talent and charisma, and his formidable demons,” Hiddleston says. “He worked hard, played hard, lived hard there were women, there was whiskey but when he sang about being in the doghouse in ‘Move It On Over’, or about his heartbreak in ‘I’m So Lonesome I Could Cry’, it came from an honest place. Hank’s life has a tragic arc, but in simple truth, he was a genius: a star that burned twice as bright and lived half as long. It’s a huge role for me and a huge responsibility. I’m going to give it everything I’ve got.”

Hiddleston, who says he’s “already started singing and playing every day,” also told The Daily Mail he’s been working with Rodney Crowell to get pointers on how to emulate Hank. “It was spine-tingling just to spend a day playing some of Hank’s greatest hits like Hey Good Lookin’ and Long Gone Lonesome Blues with such a gifted musician. He’s already expanded my vocal range and given me a few pointers about adapting my own tone to sound like Hank. Rodney has furnished me with his beautiful J45 Gibson to practice with. And he’ll be on hand throughout the shoot.”

Further details about the movie were also revealed, like how the film will delve into the personal relationships Williams had with his wife Audrey, his mother Lillie, songwriter and executive Fred Rose, his second wife, and is Drifting Cowboy band, and will run all the way up to Hank’s death on New Years Day, 1953.

I Saw The Light is set to begin filming in Louisiana in October. It is based off of the Colin Escott biography of Hank’s life, and is directed and written by Marc Abraham.