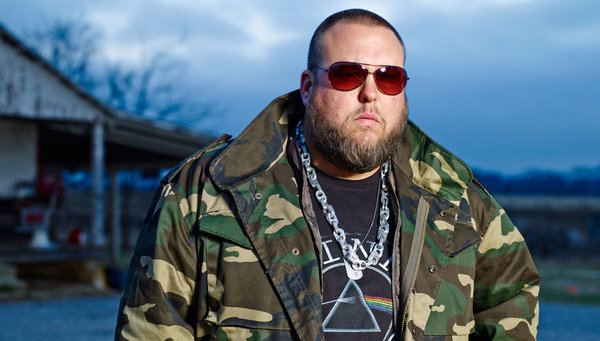 For over half a decade now, hick-hop has been a smoldering, underground phenomenon threatening to break into the mainstream at any moment, but never quite finding the right outlet to ever pull it off. Understand we’re not talking about country rap in general here, though there is some obvious similarities between country rap and hick-hop. Country rap is a sub-genre that has seen some of country music’s top stars dabble in it quite successfully, including Jason Aldean taking the song “Dirt Road Anthem” to #1 in 2011, and eventually scoring the biggest song in the entire country genre in that year. That opened the mainstream floodgates for country rap, and now other established mainstream artists like Blake Shelton and Luke Bryan have scored #1 country rap hits.

But far away from all the glitz of mainstream country radio and big award shows is a whole other entire subculture of hick-hoppers that work in what would be considered underground circles in music. In fact, hick-hop, or RebelCore as some would have you call it, very well may be the biggest, most organized type of underground music in America right now when you see the size of the crowds at many of hick-hop’s live events, and how many hits hick-hop artists get on their online videos. The movement relies none on radio play, and beyond the Colt Ford-owed label Average Joe’s, really doesn’t have any solid infrastructure.

Colt Ford, arguably the Godfather of hick-hop, has been complaining for years that it is unfair he can’t get any radio play or other support from the mainstream country music industry. Ford wrote “Dirt Road Anthem” with Brantley Gilbert and released it three years before Jason Aldean cut the song, but it took an established, accepted mainstream personality to take the song to the big time. Big hick-hop acts like the LoCash Cowboys, The Moonshine Bandits, and Bubba Sparxxx have huge followings, but hick-hop has always been seen as off limits to the mainstream unless it is in the form of a single from an established country artist.

Well all of that might be about to change.

On Wednesday night, cable channel A&E debuted the first episode of Big Smo, a show about a hick-hop artist who is looking to try and break it big in the music business. Big Smo is already a well-established hick-hop artist, with one of his videos garnering him over 6 million views on YouTube, which is not uncommon for hick-hop performers who regularly use videos to distribute their music in lieu of radio support or labels. But now Big Smo will be following in the footsteps of Duck Dynasty, which is currently reality TV’s most successful show, amidst A&E’s redneck reality show lineup.

The appetite of Americans to peer into the lives of rednecks to point and laugh seems to be endless, and CMT and other networks are betting big on redneck reality bankrolling their future. But with A&E and their wild success with Duck Dynasty, this is a completely different game for Big Smo and hick-hop. A&E has also been marketing the Big Smo show heavily, throwing ridiculous amounts of money into advertising, clearly envisioning the show as their new blockbuster by saying “A New ‘Dynasty’ Is Beginning” in commercials for the show, and targeting their marketing directly at mainstream country music consumers. 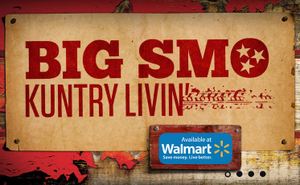 Similar to Duck Dynasty, Wal-Mart has already thrown their support behind Big Smo, distributing his music and merchandise. The debut of Big Smo on A&E was synced up with the release of his new album Kuntry Livin’, and unlike Big Smo’s hick-hop compadres, he’s signed to a major label in the form of Warner Nashville. Kuntry Livin’ released on June 3rd debuted at #9 on Billboard’s Country Albums chart, and that was before the support the new A&E show will surely give him.

All of this could put hick-hop, and Big Smo specifically, at the center stage of American culture. We’ve already seen the Duck Dynasty characters, who are not even true musicians or performers, dominate the charts when they released a holiday album, and their images permeates just about every sector of American culture. You take an artist that already has an established fan base, along with millions of underground hick hop fans in one of the strongest grassroots networks in music, and we could be seeing the launching of the next American music superstar. And that is exactly what A&E is expecting to happen, making it an underlying premise of the reality show.

READ: How Wal-Mart Is Helping The Spread Of Hick-Hop

And since the music business, especially country, is such a copycat world, there’s no reason to think a rising tide couldn’t raise all hick-hop boats, and the hick-hop roster of Average Joe’s, as well as other outlier hick-hop organizations and acts, couldn’t see a significant bump by the show, while new recruits come out of the woodwork to emulate the new hot reality TV star.

Of course, the extent of the Big Smo impact is yet to be seen since the show just debuted and Big Smo’s album was just released, but this is not something to be taken lightly. Big Smo, the show and the artist, could finally be the backdoor to the mainstream hick-hop has been waiting for.