Again Blake Shelton Leads List of Opry Deadbeats, So Why Are They Building Him a Restaurant? 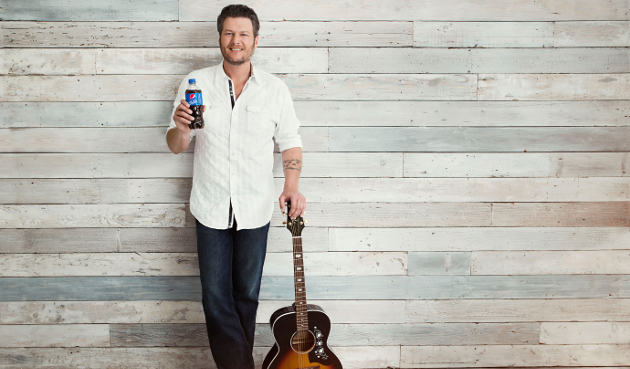 Every year, Grand Ole Opry historian Byron Fay of the Fafare’s Opry Blog posts an end-of-year run down of the amount of appearances both Opry members and non Opry members make on country music’s most hallowed stage. And every year his list becomes a matter of great intrigue due to the increasing amount of current country stars shirking their obligations to the Opry, while older country stars have been stepping up to fill appearance slots like never before.

Once again in 2016, the current mainstream artist leading the pack of delinquent members is Blake Shelton who couldn’t find the time to make even one appearance in 2016 at the Grand Ole Opry, let alone the 10 or so appearances current members are expected to make. Country fans shouldn’t be surprised by this; it’s pretty much par for the course from what we’ve come to expect from Blake. Lorrie Morgan called out Shelton in 2016 for not paying his proper dues, and his lack of appearances also became a topic of discussion after the blowup over Blake’s now notorious “Old Farts and Jackasses” comments.

So it all begs the question, if Shelton can’t even give the Grand Ole Opry one measly evening of his time in 2016, why are they enshrining him in a restaurant in downtown Nashville’s booming Lower Broadway district?

Announced earlier in January, Blake Shelton is partnering with the Opry and its parent company—Ryman Hospitality Properties Inc.—to open a 26,000-square-foot, two-story bar, restaurant, and retail space called “Ol’ Red” after the early Blake Shelton hit song. At least they’re not calling it “Hillbilly Bone.” The location will also include a performance space, dance floor, VIP and private event spaces, and a 6,000-foot rooftop area. It is expected to open in 2018.

“I couldn’t be more excited that my friends at the Opry and Ryman Hospitality Properties are making it happen,” Blake Shelton said in a statement. Perhaps he gave the Opry a discount on the naming rights to pay off some of his back Opry dues.

So who played The Grand Ole Opry if Blake Shelton and other current mainstream country stars didn’t? Here were the Top 10 Opry performers, their age, and the amount of appearances they made in 2016:

As you can see, the vast majority of the Opry’s top performers are in their 70’s or older.

Who else out of the Opry’s 61 official members actually played 10 or more appearances in 2016, which is considered to be the standard for retaining Opry membership?

Once again, Carrie Underwood was the only major country music star with charting singles on the radio that actually paid her Opry dues, just like in 2015 and in virtually every year since she was inducted. Why isn’t the Opry building a restaurant in tribute to her?

Who were the Opry members who appeared, but came in below the 10 appearance threshold? According to Fayfare’s Opry Blog, some of the usual suspects on this list each year actually made a decent effort to appear in 2016, including recent inductees Little Big Town and Rascal Flatts with 8 appearances each, Darius Rucker with 7, and Brad Paisley with 5. Keith Urban and others help bring up the rear with only 2 appearances in 2016.

Joining Blake Shelton with zero appearances were Travis Tritt and Clint Black, though both have appearances scheduled already for 2017. Dolly Parton and Reba McEntire both have shown little interest in making Opry appearances lately, and Emmylou Harris also made no appearances in 2016. Garth Brooks actually did appear on the Opry in 2016 after an extended hiatus due to retirement.

Who were the biggest performers in the ranks of non Opry members?

The list of high-performing non members is always a good barometer for who may be considered for future induction, especially after the Opry appears to have made a dramatic shift in its membership direction. Possibly due to the lack of dues paying by newer mainstream members, the Opry decided to invite Crystal Gayle and Dailey & Vincent to become new members in 2017. They hypothetically replace Ralph Stanley and Jean Shepard who passed away in 2016, though there is no set amount of Opry members they are beholden to.

Another interesting wrinkle to the Grand Ole Opry going into 2017 is the departure of long-time manager Pete Fisher. Who could be tapped to lead the institution moving forward, and if they’ll be more stringent on artists such as Blake Shelton to honor their performance obligations remains to be seen.

Of course if the Grand Ole Opry is going to build a restaurant, they’re going to use a popular name to attempt to attract business. But just like in 2016 when the Grand Ole Opry decided to make a movie about the Opry and included many of the artists who regularly renege on their performance obligations and exclude many of the artists who regularly appear, the Opry appears to be rewarding Blake Shelton’s bad behavior by putting his name on their new restaurant.