So Al Jourgensen, the Cuban-born front man and founder of the Industrial band Ministry has made himself a country album under the pseudonym “Buck Satan & The 666 Shooters”. Normally, I wouldn’t give a project like this more than a good sniff, but there has been a curiously-strident call from the Saving Country Music readership for my take, so here we go.

The first thing you need to know about this album is that it is not country. I would call it an industrial album with a country flavor. There are no live drums; they are all generated through the magic of 1’s and 0’s, as is other elements of the music. These aren’t necessarily criticisms, just observations.

An overall take on this album would be that it is a rushed, tracked-out, wank off, studio vanity electronico side-project with little heart. Now don’t get me wrong, that is not necessarily and awful thing. If Al’s approach was to make a silly and fun album for folks with a bong in one hand and a video game controller in the other to drool on themselves to, then believe it or not, I can respect that. And make no mistake, that is exactly the essence he has captured in Bikers Welcome! Ladies Drink Free. But it’s hard to take an artist’s music seriously, when it appears they’re not taking it seriously themselves. 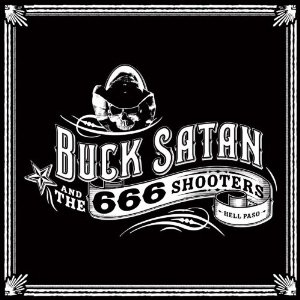 Just a few songs in and I knew I was going to have to employ a whole new set of parameters with which to critique this album. Even though I run a site called Saving Country Music, I have an appreciation for Industrial music, and electronic music in general. I think Nine Inch Nails’ The Downward Spiral is one of the most underrated masterpieces of American music, and it’s no wonder why Johnny Cash pulled “Hurt” from it’s lineup. One of the things I enjoy about Industrial music is the precision, just like one of the reasons I enjoy country is it’s imperfection.

But what you have here is a mess, a wall of sound that comes at you from a lazy, rushed approach whose finished product is frustrating to the ear. The album was made by Jourgensen, with help from Rick Nielsen (Cheap Trick), Tony Campos (Static-X), and Mike Scaccia (Rigor Mortis), and two violin girls from the Houston symphony that new nothing about country.

Al tries to sing his own harmonies, a cardinal sin I only give Neil Young a pass on, or has a computer generate them for him, which is even worse. The fiddle lines are unimaginative. The guitar solos are dumb, including one stupid guitar effect where a finger is slid up the neck in a failed effort to channel a pedal steel (or maybe it’s electronically generated, I don’t know), that is used over and over on various tracks. All of this is then garbled together in post-production into a shit stew where no element is discernible from the others until an unattractive hiss coats everything like the morning breath biofilm on the interior of your mouth.

Despite some of the gross production issues, some of the songs are decent. And some are not. The opening track “Quicker Than Liquor” I thought really channeled what this project could have been with a better approach, and the song is not bad at all. But my life would have been better off without hearing his version of The Grateful Dead’s “Friend of the Devil”. My eyes nearly rolled out of their sockets when I saw he’d covered Poison’s “I Hate Every Bone In Your Body Except Mine” to find he changed one word in the title and reworked the tune. Some songs like “Medication Nation” aren’t really country at all; it’s a simple industrial song built from the drum machine out that overuses that dumb fake pedal steel guitar/electronic effect with stultifying vapidity.

I understand if Al, having recently suffered health problems and almost dying, wanted to check mark making a country album off of his bucket list, but just because you fly to West Virginia and drop acid in a rural cabin doesn’t mean you’ve hiked the Appalachian Trail. I really don’t have an opinion one way or another on Al Jourgensen or Ministry, but I know he could have done better, and that is the bigger issue above the fact that this album is just not very good.

But the thing is, for all the negative stuff I’ve said, I can see where he was trying to go with this, and I think if he had given the approach a little more heart and time, it could have worked. And don’t think I see the farcity of the whole thing, with the immature pseudonym and wild-assed approach. Furthermore, I wouldn’t argue with anyone who for whatever reason really enjoys this album, because despite all it’s hardships, I can certainly hear how some would find it “fun”. Unfortunately most of those folks will be 14-years-old boys with eyeliner and thumb holes cut into the ends of their long black sleeves.

There is a history of silly “country” albums done by folks outside the genre that have become outright iconic, like Ween’s 12 Golden Country Greats, or even the Jon Wayne Texas Funeral project. Whether the potential for this project was ever at that caliber or not, the execution was just not very good.

If you dare give it a try: