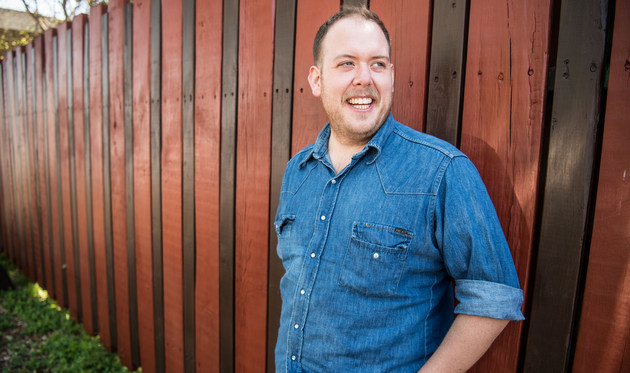 So you think the banjo is just some back porch entertainment for cornball hayseeds? Something for Kermit the frog to pluck on while daydreaming about rainbows? A side hobby for graduate degree hipsters as they work on anthropology degrees and ruminate in coffee shop quartets while wearing paperboy hats and suspenders like the second coming of Mumford & Sons?

Well hide your faces, and duck and cover because Al Scorch is here to prove the banjo is like the battle ax of American traditional string instruments, and he’s coming out swinging. With his chest puffed out and the energy of ten men, this Chicago native and Bloodshot Records signee turns his banjo into a bullhorn of change and a mechanized weapon against the forces of social injustice and a champion for the poor. With blazing runs and a ballsy message, Al Scorch sets your ears ablaze, and whether you’re running to it or from it, it will be impossible to stand still.

In the most recent incarnations of modern “roots” music, we’ve seen a softening of the edge of years past with a greater attention towards songwriting. This is not a bad thing necessarily, and it’s seen the rise of some of the best songwriters in a generation. But the energy and attitude emboldened on the faces of bands like Split Lip Rayfield and the .357 String Band is something that has been missing in the current roots music smorgasbord. But not any more, as Al Scorch has just released his second record called Circle Round The Signs, and has sent many pairs of legs twitching.

Not to imply that songwriting is something Scorch can’t handle, and he’s simply a monkey with fast banjo fingers. Like Woody Guthrie before him, Al Scorch is a man on a mission, and has a very clear and concise message about what the priorities of life should be, how and why poverty have beset so many, and he takes special aim at the pills and concoctions that have created a self-imposed prison for so many in today’s society. And Scorch isn’t just preaching. By portraying his message through the lives of people, he humanizes his message by illustrating the toll taken on individuals.

And sonically, this isn’t just about flaming clawhammer-style banjo. That might be what first bends your ear, but in Circle Round The Signs, Scorch employs accordion and horns in select moments to jazz up the recordings, and not in the trendy, Stax-style that every Americana lackey is shoehorning into their studio sessions like its a requirement these days, but to add a stylistic dash indicative of early jazz during Chicago’s gangster era. A little well-placed clarinet and squeeze box is what makes the 10 songs on this new effort stand out, and no offense to Al’s banjo, but the fiddle here is just as important, and defines the lead lines more than anything else.

Circle Round The Signs burns hot, but it also burns quickly. The album is here and gone before you know it, and like a lot of fast music, after a few listens, you may need an extra pause before you can go back and feel the hairs on the back of your neck standing on edge once again. But there’s also a few slower numbers, like “Lonesome Low” and “Poverty Draft” that stick more fervently to your bones from the depth of songwriting.

So many of the speedgrass outfits have either come and gone, or slowly succumbed to age and attrition that it’s good to see some new blood pumping into a worthy subset of American string music. There’s just something about lighting into a song with the abandon of a wild bull, but still being able to evidence complete control that baffles the mind, lifts the spirit, and inspires the senses.

Purchase Circle Around the Signs from Al Scorch