Who would have thought a few years ago that in 2015, Aaron Watson, Aaron Watson, would be releasing one of the most-anticipated, and potentially most impactful albums in all of 2015 in country music? Oh it’s not that Watson hasn’t been setting country music fans in Texas, Oklahoma, and on the rodeo circuit ablaze for many years. Aaron is now 12 albums, 15 years, and over 2,000 shows into this thing, and under our noses one of the most traditional and humble country artists in the Texas scene has slowly built his career into one of the most successful on the independent circuit. An underdog indeed, and one who has slyly risen up to bite the ass of his naysayers. 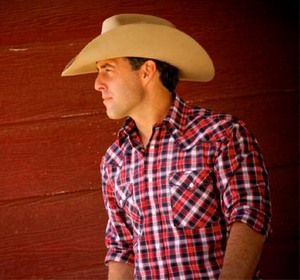 As singles and individual songs from The Underdog were released ahead of the album, almost immediately their availability was heralded by a hot rise to the top of the iTunes chart, speaking to the loyalty of Watson’s fan base and the serious marketing push ahead of this effort. Yes, Aaron Watson’s good will sown with the rodeo crowd and parts of the Christian demo is rightly to blame for what has been a very successful run up to this album release, but there’s also been money spent, and hands shaken to help make all this happen.

All of a sudden ads for Aaron Watson started showing up in radio trade magazines—pretty unheard of for an independent artist. Pop country über DJ Bobby Bones even played Aaron Watson’s controversial protest song “Fence Post” to his nationally-syndicated audience, and the song shot up the iTunes charts upon release as well. But even with all the iTunes success, The Underdog‘s lead single “That Look” still could only muster a #41 on the Billboard country chart. Aaron Watson may be surprising many folks, but the “underdog” tag still applies.

At least it does for the moment. In the coming weeks, he could be etching out a soaring trajectory similar to Strugill Simpson, if not even stronger, dazzling onlookers as he defies his independent and radio-ignored status to steal headlines. On the day of The Underdog‘s release, it is #1 in country on iTunes, and #6 overall, and rising. It will likely debut at #1 on the Billboard Country Albums chart if this form holds.

The stereotypical take on Texas country from an outsider’s point of view is that its more rock, and has more sensibilities than most other independent country, but with more authenticity than Nashville. The sector Aaron Watson inhabits in Texas music is the more traditional country wing of the scene with the likes of Jason Boland and Jason Eady.

But The Underdog finds Aaron Watson very much seeking out commercial sensibilities, whether constructed or accidental, and making an album nobody should be surprised by if it finds the widest audience of his career, especially with the promotional effort underway behind it. These are authentic country songs, written from Aaron’s traditional, Christian, and agrarian perspective, produced by Keith Stegall, and accented with fiddles and steel guitar.

There’s also many rhythmic plays for mainstream listener’s hearts, some moments of laundry list lyrics, and even some wistful production in places not all too foreign to the pop world. The Underdog is a pragmatic album, and though the 12th offering from an artist’s discography might be a strange vehicle to launch a big national push with, you can hear in these songs why it just might work and make Aaron Watson a more widely-known artist in his late 30’s.

Though we all love to cheer for the underdog, and Aaron Watson has spent the first decade and a half of his career sewing good will among a strong cache of loyal listeners, in the end is The Underdog any good? Is it balancing the best of both worlds, or pandering too much to the one side that most Aaron Watson fans love to avoid?

Naysayers are certainly given plenty to work with in this album, starting with multiple songs that make their way towards the laundry list stylings of commercial country, or dare I say, even veer towards Bro-Country. There’s no mistaking it, “Getaway Truck” works from the Bro-Country formula, even if the rhythmic-based style is driven by fiddle and banjo instead of Stratocaster and synth. “Blame It On Those Baby Blues” is all about driving around in a truck with a girl, and describing everything indicative of those moments: county roads, moonlight, Saturday night, tailgate—it’s all here folks. Even though you want to give it a pass because it’s coming from our beloved underdog Aaron Watson, there’s no mistaking what’s going on here. 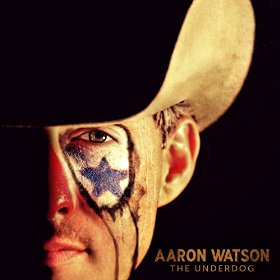 The frenetic “Freight Train” is a more complicated case, with some probably misunderstanding Aaron Watson’s super-fast singing as rap, and though I wouldn’t go that far, it certainly is indicative of replacing story and melody with rhythm and lists. At the same time, and as it has been said many times before, there’s nothing inherently bad with list songs. Some of the greatest country songs even benefit from that approach. It is the pervasiveness of them over the last few years that have turned the sentiment on them sour to many attentive music listeners.

Truth be told, I really enjoyed “Freight Train” and “Getaway Truck,” but in that guilty pleasure sort of way. No artist exists in a vacuum, and Aaron Watson must know the devil’s he’s dancing with here, and you feel like he’s trying to chase these trends while still trying to stay within himself as best he can. He wanted this album to be different, to be “the one” that launched him to the next level, with the big producer and some money spent on promotion.

But there’s 14 songs here, and no single style dominates The Underdog. Though there are a few more unfortunate decisions. The song “That’s Why God Loves Cowboys” just tries a little too hard, and may be the worst offering of the lot. Does God really like fences? The Five Man Electrical Band didn’t seem to think so, and sure a cowboy takes care of God’s hooved creations—until he loads them up nut to butt in a cramped trailer to be unceremoniously slaughtered in a processing plant. I’m no hippie or vegetarian, but these were the counterpoints that came to mind when listening to a song that didn’t even bother to rhyme the chorus.

But The Underdog has a lot of winners too, and they pull the balance more towards the positive by the end. “The Prayer” and “Wildfire” start the album off very strong. “Bluebonnets (Julia’s Song)” is the strongest-written track maybe of them all, and “One Of Your Nights” strikes a great understanding between writing and composition. “The Underdog” really is a good song that has you rooting along too.

Other offerings like “That Look” and “Family Tree” are hard not to appreciate, but sort of blend too easily into the background. That’s certainly not the case with the final track, “Fence Post.” As an outspoken country protest song that carries with it many personal threads from Aaron’s career and struggles, it elevates the song to an upgraded status for what has become very much a trope of independent music, no less stereotypical than the songs, artists, and practices these protests songs look to criticize.

Because Aaron Watson is a 15-year underdog, you really want to root for him and this album, and are willing to turn an eye from his more commercially-oriented dalliances, understanding they may be the avenue for bigger things for one of your favorite artists. But Aaron Watson really delivers a pretty mixed bag here—some things that are forgivable, others that feel regrettable, and others that atone and downright inspire.

The Underdog is a great album to get Aaron Watson lots of attention and to the next level in the industry without completely compromising who he is. But it’s not a great album. It’s just a good one. But sometimes those good ones are the ones that have the capacity to rise to the very top of the general consciousness, like Kacey Musgraves’ much-decorated Same Trailer Different Park for example, and cause positive reverberations throughout the country music landscape that break barriers down, open doors, and shatter ceilings to allow artists to finally see the worthy payoff for a lifetime of service to the music.

Purchase The Underdog from Aaron Watson

Purchase The Underdog from Amazon

Purchase The Underdog from iTunes