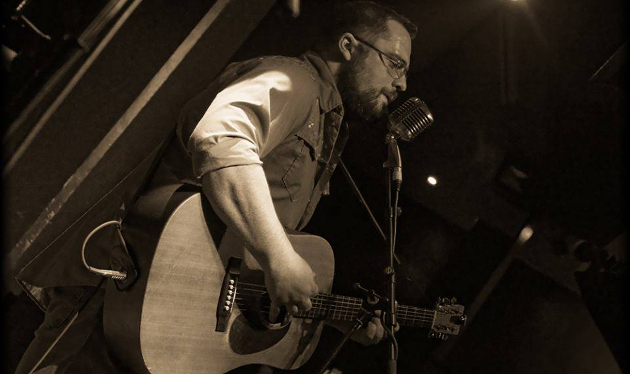 Ags Conolly isn’t going to fool anybody. In a discipline of music where authenticity is everything, especially in the traditional realm, the English born, raised, and currently-residing songwriter already starts with marks against his ability to articulate or even accurately interpret an artform that is distinct to the American South and West, and born from rural landscapes, wide open spaces, and a life experience the British Isles just can’t re-create, however close certain English locales may come in certain instances.

But the good news for Ags Connolly is he doesn’t try. He understands this fundamental limitation more than anybody. And that is the key to his music. Nothin’ Unexpected is traditional country, meaning you’ll hear fiddle and steel guitar, and many other indicators that your brain will immediately recognize as the familiar modes of country’s original and authentic sound. But it’s all done in a voice and perspective authentic to Ags himself instead of trying to stretch the truth, or do his best impression. And through this, he’s able to be both country, and authentic, despite his place of origin. 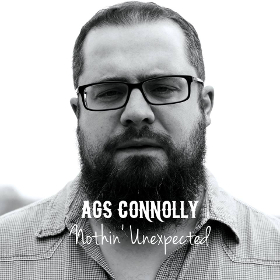 We see it all the time, and not just from country artists foreign to North America. Not only are many naturally encumbered from re-creating the authenticity of traditional country by not being able to pick up on the nuance and subtleties of the music, they tend to overcompensate, dressing up in traditional duds, doing almost a Howdy Doody skit, coming across more like reenactments as opposed to the real deal. Nashville is even full of them. These artists know they don’t have the authenticity, so they hide behind pearl snap Nudie suits, put-on accents, and 10 gallon hats. Meanwhile Ags in his accountant spectacles isn’t trying to say anything. His music comes naked, and speaks for itself.

That doesn’t mean he’s not committed to not just the method, but the style of traditional country. But instead of puffing his chest out, squaring his shoulders, and acting like he’s more country than thou, his acute understanding of just how country he isn’t is what fuels his passion to study, practice, and perfect the artform as best he can through his own experience.

Nothin’ Unexpected isn’t just a traditional country album though, it should be considered a songwriter album first, and a heartbreak album. Many of the songs are stripped of excess instrumentation as to be fair to categorize them in most any roots genre, or to just call it singer/songwriter material. Similarly to how Ags has meticulously studied true country music, his tireless work at purifying his songcraft results in tunes that are compelling and impressive.

These are songs that only come from the most disciplined of the craft, and instead of pegging distinctly American verbiage to them, he may refer to a bar as a “pub,” because that’s what is most authentic to him. The title track of this album feels more like a pub singalong that a honky tonk shit kicker, but it still has a traditional country texture, and shows you just how similar the experiences are for nostalgic fools all across the world. Because of this, Connolly’s music resonates on both sides of the pond—authentic enough for American listeners, but presented in a way where country music’s English and European fans can relate even more.

Nothin’ Unexpected is an album of songs that Ags has slaved over and seriously thought out, yet even the songs may not be the most impressive ingredient. That may fall to how this singer from Oxfordshire is able to sing on some of these tracks with such natural timing and tone. “Neon Jail” is mind-blowing in how it’s sung. All that nuance and subtlety most U.K. country singers miss is exactly what Ags includes in this song.

There’s no telling where or how the Holy Ghost of country music finds its souls to inhabit, but with results like this, it’s hard to argue that it hasn’t found a home in Ags Conolly.