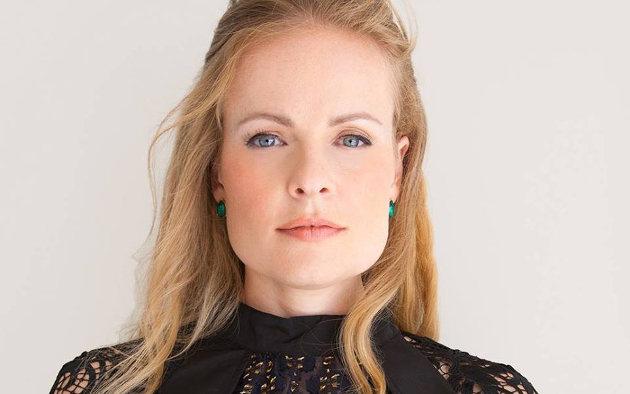 Out West, and far from the purview of the mother brain of country music in Nashville, there lies some of the genre’s most valuable assets, deepest lineage, and most promising stars, laboring in a land that has nearly as much of a rightful claim to the origins of country music as the deep South, from the singing cowboys that brought the Western influence to country, to the Bakersfield Sound that gave a home to the poets and okies who brought their stories with them from the depression-torn regions back east.

After crossing the border into California, you trek through the desert and Joshua trees that claimed the soul of Gram Parsons, the lush valley land that supported the pickers and growers who became the first fans of Buck Owens, the vestiges of the ramshackle Okie camps that gave birth to Merle Haggard, and the wild mountain canyons that lent to the inspiration of Linda Ronstadt.

Eventually you crest a hill to behold the sprawling metropolis of Los Angeles, which peering down upon, may seem like the antithesis of all things country music. Yet just like Nashville, among it’s skyscrapers, glitz, and rabid gentrification, there exists lost souls just as much in time as in place, fighting back the march of modernity, and holding tight to the kernel of country music lineage left in the city. Like a dying ember, these Westerners and revivalists nurse the glow and feed it oxygen in hopes that some day it will sprout flames and spread, and the Western influence can reclaim it’s rightful place right beside country. 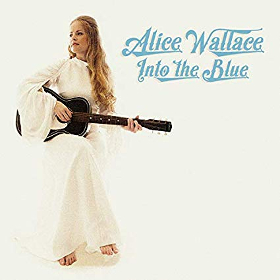 Alice Wallace is perhaps the greatest yodeler not just in California, but that can be procured in a talent search from sea to shining sea. But she happens to have been born in a time period when such a skill is not especially in demand compared to previous eras. This is the era of the song, and of the voice. But lucky for Alice Wallace, she also boasts these attributes as primary assets, and in large measure, even if her California country style is not as commercially viable as it once was, or is tough to catch the ear of the tastemakers back in Tennessee.

Into The Blue is a worthy and compelling showcase of Alice Wallace’s stellar voice and refined songwriting skills, all steeped deeply and proudly in Southern California textures and lore. Though more classic in style, the work is fiercely relevant in moments, almost eerily so, from the second song on the album called “Santa Ana Winds” that swirl visions of the devastating wildfires that recently ripped through the region, to the timely “Elephants” written by Andrew Delaney about the fear many women face simply walking down the street.

Timelessness is also an attribute that graces certain tracks of Into The Blue, including the opening song “The Lonely Talking” about how affairs of the heart often get the better of us, while the melody and chorus result in one of the album’s most infectious tracks. “Motorcycle Ride” is a well-written, layered, yet fun lesson about being willing to take chances. “The Blue” might make the strongest case for Alice Wallace as the powerhouse vocalist those who’ve seen her live know she is, and “Echo Canyon” is one of those songs perfectly written for a specific artist’s vocal capabilities, giving her the opportunity to employ her landmark yodel. Wallace’s voice is a powerful natural occurrence no different than the rush of the Santa Ana’s, or the rumble of San Andreas, or the break of the Pacific waves—an awe-striking wonder of the West.

It’s hard to find fault with much anything from Into The Blue, aside from concern that without a lot of steel guitar and twang, it may not initially grab the ears of the traditionalists or throwback hipsters as it should, while also not being nearly pop enough to find the ear of the mass consumer. But what the album does accomplish beyond making a strong case for Alice Wallace herself is it sets a good standard for today’s vintage yet contemporary California country sound, and how the gaze of country music is often foolhardy for not turning more towards the West.

Purcahse Into The Blue

‘Into The Blue’ is the first release from Rebelle Road Records. It was produced by Steve Berns and KP Hawthorn.