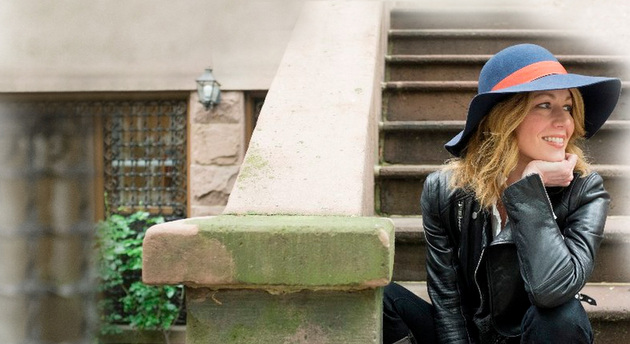 Allison Moorer’s career has been one of living in the shadows and through the associations of people slightly more famous than herself. The sister of Shelby Lynne, the recently separated wife of Steve Earle, and the other singer on the smash hit “Picture” from 2002 that paired Sheryl Crow and Kid Rock together, but featured Allison in a separate mix when a label dispute meant Crow couldn’t officially be on the track (though much of radio played the Crow version anyway)—Moorer’s biggest moments in the spotlight seem to be ones where the full beam shines just slightly past her.

What’s hiding below the big spotlights and shiny awards is a remarkable career filled with sincere songs, significant admiration from peers, and the accomplishments of a good singer. As the kid sister of Shelby Lynne, she came up in a time when major labels were still willing to take chances on songwriters and siblings of proven commodities that showed promise, and as long as some records were sold here and there, it was fine to stick around if by chance a hit song or record emerged. Signed with MCA Nashville and then Universal South through the late 90’s into the 2000’s, Allison was part of the strong an influential alt-country crowd that laid the foundations for the success of modern-day Americana.

Only fitting then maybe that Allison would find herself playing house with Steve Earle starting in 2005 or so, and ending about a year ago. Just as it’s easy to see how the split inspired Earle’s recent blues-only album Terraplane, so it feels like Moorer’s new Down to Believing is a leaving record too, but one that doesn’t revel in misery, but looks to draw wisdom from the loss and lessons that life presents when times get tough. 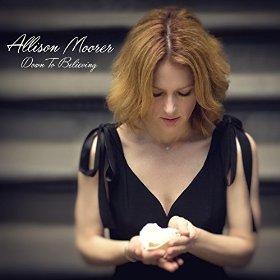 Down to Believing nestles right down in that classic alt-country approach of building up from a country foundation, but then striking out with a decidedly rock and roll sound. It’s a bold, full experience that in some ways reminds one of the nascent alt-country period when the sounds were still fresh and renewed, yet still had the essence of what made you a country fan to begin with. If anything, this album may even sound a little too reminiscent of a 15 to 20-year-old time and feel a little dated.

All except for an obvious cover of CCR’s “Have You Ever Seen The Rain,” Moorer wrote or co-write every song for Down to Believing, and whether the music sounds slightly dated or not, the sentiments feel very real and relevant to the head space one can imagine Moorer residing in. This is a human, and this is a songwriter working through the dilemmas life has presented to her and conveying to listeners the lonesomeness, self-reflection, and learning these moments impart, and the promise of working through them. Where it could have been presented as mostly melancholy, there’s a spirit here underneath, and a deep energy that takes the album beyond a depressing listen.

Down to Believing keeps you engaged throughout. The opening track “Like It Used To Be” sets an energetic and thematic tone, leading into one of the most heart-wrenching moments “Thunderstorm/Hurricane.” Encapsulating the theme of the record most eloquently is “Down To Believing.” “Tear Me Apart” felt a little too forced, almost like an alt-country version of “Somethin’ Bad” by Carrie & Miranda with a little too much sass and not enough substance. The song “Mama Let The Wolf In” felt a little out of place on this project, but is still sort of cool in its own right, and even though “Blood” doesn’t fit the theme perfectly either, it’s familial reflection makes it one of the record’s standouts.

Something else worth mentioning is how present this record sounds. So much of the current generation of Americana artists feel it’s best to sully their recordings with sentimental hissing or inferior-sounding textures so as to evoke the essence of old records. Down to Believing feels very alive and colorful, with good production and a variety of moods.

A five year wait and real world inspiration resulted in an effort that is inspired and alive, and reminds Americana/alt-country listeners that hey, that sister of Shelby Lynne is worth a good listen too.

Purchase Down to Believing from Allison Moorer