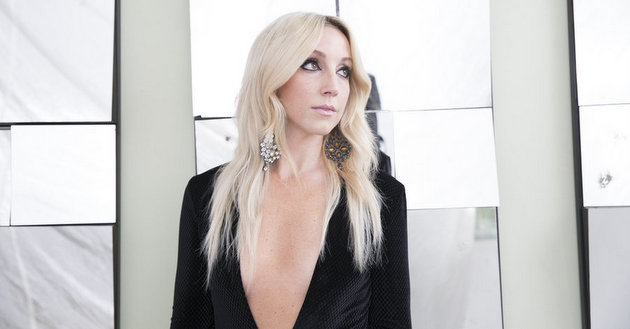 In some respects, broaching a discussion on this album seems nearly futile. Or maybe not futile, but at least frustrating. It’s almost fait accompli that it will fail to achieve the commercial feats and radio success the quality of the material warrants, but that’s just the way it is for women in this particular era of country music. We should be basking in the enjoyment of a new generation of inspiring country music females who are hitting their stride like Dolly, Loretta, and Tammy did of yesteryear. But instead of accolades and landmarks noting their accomplishments, we have media think pieces trying to solve the riddle of why women worthy of recognition can’t make waves in country music anymore.

There is no need to grade Ashley Monroe on a curve. There’s no reason to rig the system to make her seem like something more than she is. She’s a multi-tool performer who can write songs, sing the hell out of them, perform with feeling, and is easy on the eyes. Name recognition is no issue either since Ashley’s had some big success with The Pistol Annies and as a guest on hit singles by Blake Shelton and others. Yet her own singles show up nearly dead on arrival, and there seems little hope she will break out into that top tier of country women that incidentally is looking for women to step up and fill vacant slots.

Most of Monroe’s biggest songs so far were piggy backing off of males, including “Lonely Tonight” with Blake Shelton, “Bruises” with Train, and “I Don’t Want To” with Ronnie Dunn. The best a solo Ashley Monroe single has ever done is #39 for “Weed Instead of Roses,” and the first single off of this new album, “On To Something Good” has already stalled well outside the 50’s even though it was supposed to be her upbeat introduction to the masses. So much for that idea.

Even more sad is since her career is now mostly established, Monroe won’t qualify for special assistance like iHeartMedia’s “On The Verge” radio promotion, or the myriad of “Next Women of Country” programs—even though the efficacy of these programs is admittedly questionable. Ashley Monroe is one of the best female performers in country music today. She receives standing ovations at the Grand Ole Opry. She’s accomplished more than most independent artists could ever dream of. And still it seems like an uphill battle to get Jon Q. Public to pay attention. 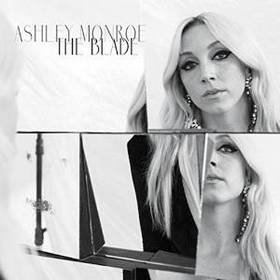 We can’t take it for granted that Ashley isn’t content with her accomplishments and station in life though. She is making her music, her way. But with the new album The Blade, you do sense there was an effort here to broaden the appeal of her music. Originally more of a traditionalist with her style, The Blade opens up a new set of sonic parameters that don’t just limit her appeal to ma and pa, and old soul country hipsters. You won’t hear any drum machines or synthesizers saddling this project down; this isn’t a complete makeover. But the contemporary approach, especially at the beginning of the record, is palpable compared to Monroe’s previous efforts. And by front loading these more contemporary songs, you can tell they’re hoping to lure in a wider audience.

The strength of songwriting though, that remains the same. This is a mainstream project, so yes, you get the familiar two and three-name songwriting credits following each tune instead of a truly original expression from Monroe herself. However with names like Vince Gill, Chris Stapleton, and Miranda Lambert, you may not mind as much that it took a troika to complete each tune. The title track, though it may feel sappy or contrived at first, steals deep after a few listens. Even though Monroe remains happily married to baseball star John Danks, The Blade is very much a breakup record, from the biting title track, to “Buried Your Love Alive,” and “Bombshell,” to the final cut “I’m Good At Leavin'” this record pours on the heartbreak from both the giving and receiving ends, and any other sentiment offered simply feels like an interlude in between.

Songs like the opening “On to Something Good,” and the more spatial and airy “Weight of the Load” and “If Love Was Fair” may lead you to think that Monroe has done a 180° with her style, but as The Blade rolls on, her more traditional-leaning heart reveals itself in full force. In fact the final three songs of the album get more country, and more country, until you’re amidst the waltz-timed “I’m Good At Leavin'” and feel like you’ve been transported back to 1952. There’s other shades here too, like the Buddy Miller-inspired bluesy Americana of “I Buried Your Love Alive” and “Dixie.” Meanwhile the boogie woogie honk of “Winning Streak” ensures this record is blessed with plenty of texture. Don’t let a few of the prominent songs fool you—The Blade is still mostly an old school record coming from a mainstream outlet.

But this album doesn’t really feel like a strikingly personal one from Ashley. It feels like a collection of well-written songs for sure, but the needle on the engagement meter never reaches past the upper middle range. You root for an album like this, and you’re happy to see something like The Blade make it out of the stranglehold that is the mainstream Nashville machine. But in the end it reminds you how much you love your little independent records that don’t have to slip the potent moments between pragmatic radio singles and can just spell it right now. Undoubtedly The Blade will be considered one of the best projects to come from Music Row in this calendar year, but in the end it lacked a little of a unidentifiable resonance, where you found your attention a little aloof while trying to remain engaged with the music. But compare this with trying to fight off your gag reflex for most mainstream country today and The Blade still deserves more stars than less.

Ashley Monroe clearly has the stuff to fill the open slot(s) at the very top of female country music, and The Blade reinforces this opinion. And she might be willing to bend just a little bit to be more open with her sound. But she isn’t willing to break, and while that might endear her to Americana and classic country listeners, it also may be what keeps her at arms length from the mainstream distinction her music deserves.

Preview & Purchase Tracks from The Blade