Holy songwriting Batman. Holy singing for that matter. The baby-faced and portly Austin Lucas might look like the guy in your office (save for the sleeves of tattoos) that would snarf your leftover lasagna from the break room fridge and not even have the goddamn courtesy to leave the Tupperware behind…he might look like the Dungeons & Dragons nerd that ALWAYS wants to be the wizard, and when you try to wrestle it from him, he sits on you…but when you’re looking for candidates to dole out that mythical “next Townes” award to, like so many music writers want to do so liberally to any Johnny-come-lately these days, accept no substitutes; the line forms to the left behind Austin Lucas.

Triggerman: Dude, you’re the friggin’ wizard every time. Let someone else have a crack.

Austin Lucas: Because it’s my 20-sided die. Do you want me to sit on you again? This time I’ll fart!

Triggerman: Fine then, but quit hogging all the Doritos. Johnny’s mom said they’re for ALL of us! 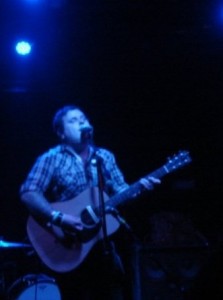 A New Home, In The Old World is a parade of high-caliber, heartfelt songs set to good music, with some of the most twangy and eloquent country singing you will hear from any modern artist. The depth of his soul-wrenching themes, and the breadth of his singing ability, exercising masterful pitch and control, combine to be like a rock in between the eyes, striking you down to the depths of human emotion from where the song’s inspiration sprouted from.

A New Home dwells in the theme of innocence lost: Austin’s own innocence, and the innocence of the girls he meets along the way. These are mostly love songs, but love as fool’s errand, not as a warm and fuzzy place. The first song “Sit Down” is such an awesome composition, with a classic country theme, but with a fresh and engaging new take as not the remorseful, empathetic cheater, but one with cold, honest reality to his character.

Oh play like a poor wounded angel. I am a good-timing man. The innocent boy who would sing you to sleep, is but a memory.

“Nevada County Line” is one of those songs that hits you at first listen, and you re-rack over and over until another task begs you attention. A stripped-down arrangement and beautiful, perfectly-synchronized harmonies drive home a story that can only come from direct experience. Austin Lucas figures out how to get you to cheer for the enemy, and the enemy is Austin Lucas. His self-serving formula is make the girl like you, take what you want, break her heart, change her for the worse, and admittedly selfishly want her back later. That is some serious game for a lasagna-filching D&D nerd.

This storyline plays out again in the greatness of “Run Around”:

If you want answers, I don’t have any. Just more questions, and selfish aims. You want truth, here’s your truth honey. You’re too young to run around with me. 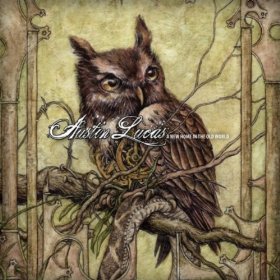 The harmonies on this album are exquisite. When I saw Austin at South by Southwest, he played with his sister on banjo, and the ultra-harmony tightness between the siblings was there live as well. The female harmony line is everywhere it will fit on this album, as it should be when it can be executed so well.

I think I like all of these songs, but I will say, listening to this album cover to cover will trip you up in the approach to some of the tracks, most notably “Thunder Rail”, which bucks the light, country-oriented approach for a heavy guitar-driven anthem, complete with Heart/J Geils-esque riffs. “The Grain” does a very similar thing, and strays a little too close to Neil Young’s “Hey Hey My My (Into The Black)” for my fancy. I understand what he’s trying to do: keep the mix of songs fresh, and if he decides to go in a rock direction in the future, the groundwork is laid. But I’m afraid in both these songs, Austin’s great songwriting and singing will be lost in the arrangement.

Austin has such masterful control of his voice, you think it would be a shame if he didn’t use it, but in a couple of places, notably the song “Sleep Well” he comes across as over-singing, though it is forgivable once you latch on to the lyrics. “Keys” may be a little too political for my taste, but the line “You ain’t a man, until you’ve dealt some death”, and the way he really digs deep and dissects it and makes a song out of it is magnificent.

I really like this album. Looking at his discography, (including a LIVE one from one of my favorite venues, The Whitewater Tavern in Arkansas) I really have my work cut out to figure what this guy is all about. But I know what A New Home, In The Old World is about, it’s about good music.

(PS: I have no idea if Austin Lucas has ever played Dungeons & Dragons, and no leftover lasagnas were hurt during the writing of this review)

Austin Lucas will be on Willie Nelson’s Country Throwdown tour this summer.

Stream A New Home, In The Old World in its entirety at ninebullets.net

Purchase A New Home, In The Old World from Last Chance Records

Purchase A New Home, In The Old World from Amazon