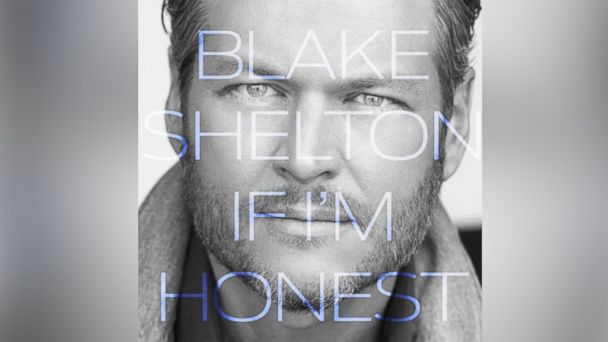 That’s chased by the controversial song “She’s Got A Way With Words,” which has some up in arms about the acrid direction of the lyricism. But really the worst travesty of this song is that the premise could have been cool if the songwriters would have used double entendres and other literary tools to make the versus and chorus weave into a clever story. Instead what we get is the bitterness of a foul-mouthed loser who tries to work his revenge by whining about getting his heart broke.

But If I’m Honest is not a Bro-Country record, or exclusively a revenge record. In fact it’s far from it. If it’s anything in a nutshell, it is Blake Shelton’s headfirst dive into the adult contemporary era of his career. Early 2000’s Tim McGraw, eat your heart out. A plurality of the songs on this 15-track album are textbook examples of divorcee country 2016 style, which means ultra contemporized, scrubbed of anything sonically or lyrically that actually resembles country, and curated for 40 and 50-something cougars to listen to while they relax in bubble baths for two hours surrounded by fruity-smelling candles.

Merciless and synth-laden, songs like “Bet You Still Think About Me” show that Shelton, now almost 40 himself (and divorced), knows his audience, and where it’s headed. He’s not going to out rap Florida Georgia Line, or be able to keep up with Sam Hunt in the EDM space. Blake’s already got a direct portal into people’s living rooms through his gig on The Voice, so why not play to the stay-at-home demographic?

Songs like “Austin” and “Ol’ Red” seem like eons ago compared to the stylized efforts on If I’m Honest. “Every Time I Hear That Song” sounds like something Taylor Swift would cut, with a distinctive “Max Martin rise” in the chorus heaven sent for Hot AC. But the album is not adult contemporary from cover to cover either. With 15 songs, Shelton can cover a lot of ground. And similar to Luke Bryan’s latest, for those brave enough to venture into the later tracks on the album, all of a sudden you find yourself somewhat surprised by what you hear.

Though it’s a bit of a silly song, “Friends – From The Angry Birds Movie” might be the most country-sounding track of Blake Shelton’s not so illustrious career, with juice harp and fiddle being the fundamental musical drivers of the song. In typical Music Row fashion of course, they had to put “From The Angry Birds Movie” in the title of the song itself, almost if you ask for forgiveness from Shelton’s core audience for actually including a song that sounds country on this album.

“Doing It To Country Songs” is fair to call country too, but it may make some angry birds of traditional country fans who may come running with open ears when they hear the Oak Ridge Boys are involved on the track. Despite some pleasing country stylization, and the always-enjoyable and timeless multi-part harmonies of the Oaks, wasting it all on a garbage song like this is tantamount to country music sacrilege or treason. What the hell were the Oak Ridge Boys thinking signing up for something like this, and what a sign of disrespect for Blake Shelton to even ask?

“Green” is about the only song on the album indicative of early Blake Shelton, but don’t mistake that as too much of a compliment. And the album does end with a fairly solid effort in the Gospel realm with “Savior’s Shadow”—only one of three songs Blake helps to co-write on the 15-song record. Shelton’s duet with that girl from No Doubt, which was written by the couple, along with a few other songs from the record aren’t terribly-written or performed. It’s the production and ultra-stylized nature of this entire project that’s the overall put off.

But give Shelton some credit for a record that does feel somewhat personal, even if he didn’t write most of it. Where the sham ended and the marriage began with Miranda Lambert is anyone’s guess, and sure, it could all be smoke and mirrors to attempt to gain sympathy by picking songs that can easily be translated by the public as glimpses into Shelton’s personal narrative at the moment. But If I’m Honest does feel like it at least attempts to say something and sketch a story arc as opposed to being simply a repository for singles and album cuts for core fans to purchase like so many other half-assed major label country efforts these days.

Ultimately though, this album fails to live up to what you feel is Blake Shelton’s true sound and style. Maybe I’m a sucker, but I believe that behind all the public persona, Shelton is still just a hayseed Oklahoma boy. But you sure don’t hear that in If I’m Honest aside from a few glancing blows. This album is Blake Shelton bowing out of any last vestiges of who he was in the past, and allowing data analysts and producers to call the shots on what he sounds like and where his career should head. Stylized Hot AC music is still better then pseuo-rapping Bro-Country, but it’s still nowhere close to good.