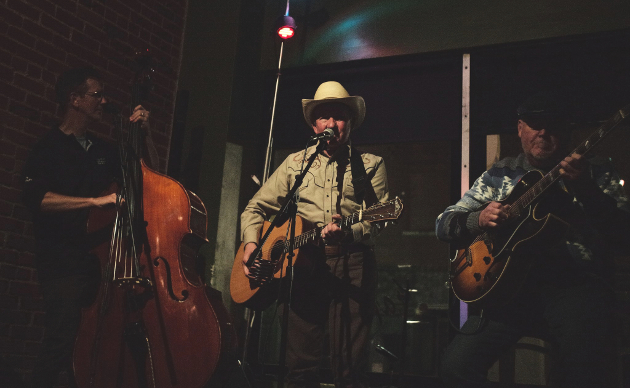 How is that pair of Z Cavaricci Jeans you paid $170 dollars for holding up, or those below-the-knee floral-printed Jams you purchased in the early 90’s? Probably not well. But you can sell your button-fly 501’s from that same period on eBay for $70. That Chevy step side you purchased new? Yeah, it never went out of style. But good luck trying to pick up women in your Bronco II.

So much music is set to trends that may turn out to be fleeting in the end. Burn bright as they may in their time and place, 25 years from now you may be looking back and laughing at it like that ridiculous haircut you had in high school. But classic country music has always withstood the test of time. We know it’s not a flash in the pan, because here 50 to 70 years after country music became commercially applicable, we still turn to those old records and classic artists to set the soundtrack to a certain mood, whether it’s a raucous Saturday night, or an easy Sunday morning.

For over six years now, the trio of John Lilly, Robert Shafer, and Will Carter have held forth every Tuesday night Charleston, WV under the name Blue Yonder. Playing original songs directly inspired by the classic recordings of country music with a little Western Swing, jazz, and rockabilly mixed in, Blue Yonder has become a beloved local fixture, with music worthy of consideration from an international audience. 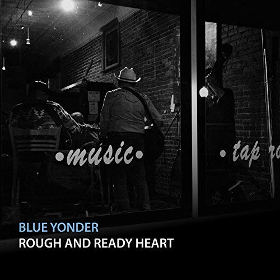 Their new album Rough and Ready Heart includes 12 originals that could have been plucked off of old 45’s and 78’s, and you wouldn’t tell the difference. Yet they remain relevant today because of the eternal themes, which on this particular record revolve around the coming and going of the restless spirit. Whether you approach it like a vicarious ride or a more autobiographical account, Rough and Ready Heart goes places, and takes you with it.

A local supergroup in many respects, it’s led by singer, songwriter, and guitar player John Lilly, who has released numerous solo records. His faraway voice and classic style mixed with his journeymen chops make the songs of Blue Yonder come alive. Robert Shafer’s jazz-inspired guitar playing gives the music that classiness of old Western Swing, but with a bit of a contemporary tone fair to compare with Mark Knopfler or Redd Volkaert. Upright bass player Will Carter might be best known regionally as the founder of the Clifftop Festival, and along with playing bass in numerous projects, is a big booster for traditional music in West Virginia.

Rough and Ready Heart immediately grabs your attention with the opening song, “Standing by the Side of the Road.” The tones, the faraway and forlorn feeling all concocted with a classic country style immediate become fetching to the ear. The title track is perhaps the gem of the set, sort of sneaking up on you, but then eventually burrowing deep with an almost Dwight Yoakam-style chorus.

The leisure feel of the record is one of its greatest assets, but perhaps it gets a little too leisurely in the middle portions, not that songs like the old-school shuffle of “I Dream of Jeanie,” or the incredibly lonesome “Windswept” stand out, but the center perhaps could have used a little more tempo. Rough and Ready Heart ends on a upbeat note though with the Rockabilly-inspired “Green Light.”

You’re not going to find the music of Blue Yonder sandwiched between commercials on CMT, or scintillating the models of a GAP commercial. But it’s also something that 25 years from now will sound just as inviting and appealing as it does today. It’s forged in time-tested tones, influences, and themes that will never go out-of-style. Trends come and go, but the appeal for classic country always remains.