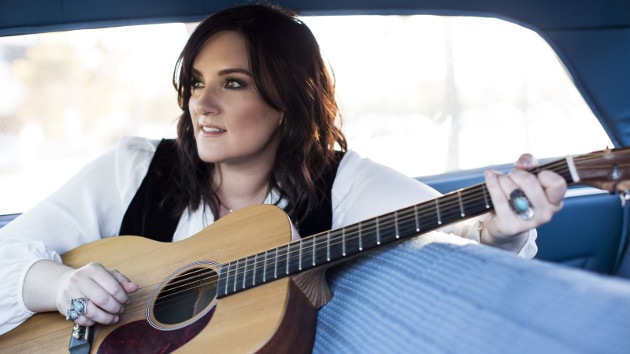 It all felt so eerily similar, like a recurring nightmare we’ve suffered through so many times. When we heard Brandy Clark’s lead single from this album “Girl Next Door,” the way the production yearned to be inclusive of modern country sensibilities, pandering to catchy rhythms and feline attitude, it did not bode well for how her sophomore album Big Day in a Small Town may turn out. It sounded like the Music Row zombie army had claimed yet another victim.

As a traditional country music fan, you’re so used to getting your heart broke by artists you latch onto early in their careers, only to have them recite the all-too-familiar quotes about wanting to “explore other genres,” or telling you how “music must evolve.” Music does need to evolve, but that doesn’t mean it should evolve away from what makes an artist singular in the first place, and where an artist’s strengths lie after years of study and practice in a certain direction.

The other scary thing about “Girl Next Door” was it sat down nice and comfy into the well-worn and predictable groove of songwriting that loves to poke fun of white picket Americana embodied in small town life, formal religion, and fried chicken. Along with frequent collaborator Kacey Musgraves, Brandy Clark has been at the forefront of attempting to expose the Andy Griffith myth of America as nothing more than a judgemental, gossip-riddled, and culturally-repressive nightmare. It’s an interesting perspective to ponder, but after so many songs on the same subject matter, it has become quite trite, boresome, and predictable.

But I’m here to tell you to just set “Girl Next Door” aside, like the joker in a deck of cards, or like most any lead single from any mainstream country music artist worth their salt these days. Yes, the disillusion with traditional American life is alive and well on the aptly-named Big Day in a Small Town. But so is songwriting that sets the pace for quality, insight, and appeal in 2016. So is instrumentation that in certain moments is downright traditional, while giving an example of what contemporary country music should sound like in a more equitable environment. Big Day in a Small Town estranges itself from the agenda that modern pop country looks to implement across every mainstream project; stuff like Auto-Tune-fortified vocal tracks, electronically-produced drum beats, and tiresome cross-genre collaborations. 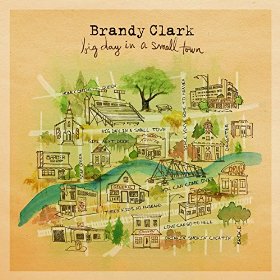 After careful consideration of Big Day in a Small Town, it feels fair to say that this effort by Brandy Clark and producer Jay Joyce is worthy of being considered right up there with a very select few others as one of the best mainstream country music albums released in the last two or three years, and arguably trumps Clark’s previous effort that was also well-received, 12 Stories.

Here is the key to Big Day in a Small Town: Instead of solely looking down its nose at small town American life like Kacey Musgraves has made a career out of doing, Brandy Clark takes a perspective from behind the nose of an ordinary small town individual—still self-aware, but focused more on the everyday struggles themselves as opposed to who or what is to blame for them.

Big Day in a Small Town is not a concept record, but numerous songs run cohesively into each other, and a wise track order makes for an enhanced listening experience cover to cover. The thematic mood is set in the first three songs, though this is arguably the weakest portion of the record. Brandy Clark still gets her licks of wit and sarcasm in, but in rather recycled ideas of how small town life is just one big soap opera, and being named the homecoming queen is a short-lived victory foreshadowing a life of bored stagnation.

“Broke” is the most fun moment of the record—funky in a true sense of the word; Jerry Reed funky instead of Justin Timberlake funky like everyone else is trying to emulate these days. And it’s the type of real world material that speaks to the true struggles of rural, agrarian life that we need as counter-points to the portrayal of small town America as nothing more than an endless party in a hay field that you hear on the radio.

But it’s not the songs about being mired in the small town doldrums that define the best of what Big Day in a Small Town has to offer. It’s the love songs, and the songs of heartbreak, that would feel at home on any true country record, and are genuinely timeless in their accounts and the quality of the writing.

Aside from the title track, the second half of this album is just one haymaker after another. Any one of these songs could be the anchor to an entire project itself in the way they’re so well-written. It the subtlety of “You Can Come Over,” the hurt in “Love Can Go To Hell,” the true-life heartbreak of “Three Kids, No Husband” that offer an account of life in small towns and large cities that we can all relate to. The lesson of “Daughter” is not lost from the wit the track contains, and along with “Broke,” ensures this album is not only just chock full of great songs, but enjoyable to listen to.

“Drinkin’ Smokin’ Cheatin'” is fiercely traditional, and “Since You’ve Gone to Heaven” would become an instant country standard in a just world.

Not to take anything from her singing or style, but Brandy Clark is a songwriter. She was a songwriter before she was a performer and singer, she’ll be a songwriter even if she stops performing and singing, and if her career is one of those that’s etches an indelible mark in the country history books, it will be for her songwriting. She is the best songwriter in the mainstream at the moment, and is probably better that previous songwriters that held that distinction.

“Girl Next Door” is a big ol’ wart on this record planted on it by label executives who should have seen that it would ultimately fail at radio anyway. Brandy Clark needs to follow the Chris Stapleton model. Country radio doesn’t deserve Brandy Clark. She may ultimately fail to receive the recognition of the masses for Big Day in a Small Town, but it is nothing short of a victory for country music.