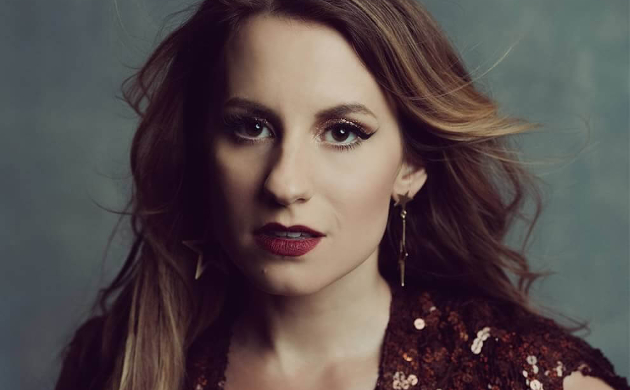 Journeywoman songwriter and closet singer/performer Caitlyn Smith just released perhaps the best country pop record to grace the roster of Music Row projects in a half a decade or more, and we should all be embarrassed and inconsolably incredulous it took so damn long for this voice and these songs to get their proper due, and that when it’s finally being released, it’s during the epoch of country music when we know it will be incapable of receiving the attention it deserves.

Of course, some of us are less culpable than others for this gross oversight of what has been one of the most talented singers of our generation. Saving Country Music first got wise to the amazing songwriting ability and incredible singing prowess of Caitlin Smith some seven years ago when attending the doomed dalliance by the Warped Tour promoters into the country space known as Country Throwdown.

“Caitlyn had the best voice of the whole event, and well-penned songs to compliment that voice, as well as dynamic and energetic guitar playing,” a breathless and eager Saving Country Music yammered in 2011 while still in a fairly nascent, developmental state.

Since then some have probably wondered why Saving Country Music has re-visited the topic of Caitlyn Smith so often. After all, this isn’t the type of traditional country regularly championed around these parts. It’s almost squarely pop—only country “tinged” in fleeting moments, and labeled as country mostly for originating in Nashville. Caitlyn Smith has written songs for Jason Aldean and Lady Antebellum for crying out loud. I mean, the horror!

But a good song, and a good voice has a way of breaking down all the natural barriers and personal biases present between a given set of ears, and striking straight at the heart. Some music defies classification because of its mutt-like obsequiousness to chasing every hip trend out there in popular culture. Other music defies classification because the quality rises so above everything else, every genre wants to claim it as their own. Caitlyn Smith and Starfire fit into that second classification.

For what it is, Starfire is an opus. Even being wise to the talents this young woman possessed for many years, and steeled from multiple spins of her short-run EP’s and scattered video releases, Starfire still cuts deep, surprises with each new track, and universally impresses.

All these incessant releases from Music Row of young women trying to make it in country, rolling off the assembly line one after another with their strident attempts at contemporary styling, stretching average talents to attempt to appear exceptional, trying to win ears with songs written by committee and algorithm—all that effort expended feels like such a waste in the presence of a project like Starfire. 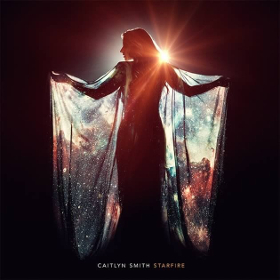 It’s similar to when Chris Stapleton released Traveller. A record like Starfire isn’t even supposed to get made in the mainstream. It’s too good, too real and organic, even if Starfire is less country than Traveller. And just like Stapleton, Caitlin Smith’s voice is solidly R&B, which will make some in the country crowd grumble. But screw them if they can’t let their guard down enough to let a voice like this into their heart.

Just like Stapleton, Caitlyn Smith got caught up in the easy money of writing songs for others for so long, it wasn’t just Music Row who was being irresponsible with her talents, it was Caitlyn herself, always settling for the steady flow that comes with penning hit tunes, while bigger desires and an audience breathless for something real sat batedly anxious, knowing the possibilities from the glimmers of Caitlyn’s talent that were allowed to leak out here and there, but ultimately remaining unfulfilled as fans as each calendar year went buy without that one defining Caitlyn Smith release.

But unlike Chris Stapleton’s recent efforts, Caitlyn Smith has graced Starfire with incredible depth and variety. It’s a record of moments, of risk-taking and wide sweeping actions that allow you to discover something new with subsequent spins. There’s a song on here called “East Side Restaurant” that sounds like it could be taken off an early era Tom Waits record. The song “Scenes From A Corner Booth at Closing Time on a Tuesday” may sound a little less Waits, but is probably a title and song he’s jealous not to have not penned. It’s smoky and jazzy at times, but is also graced with great enthusiasm in others, making it both classic and relevant.

And where in the hell are the drum machine beats, and the synthesizers? Where’s the Auto-tune and overly-processed vocals? What about the hip-hop collab and the “feat. generic pop star” track screaming for crossover appeal? It’s all so gorgeously left aside for actual human beings playing real notes on real instruments. This fact alone makes you want to rise up in uproarious adulation for what Caitlin Smith has accomplished here. But this is not just a case of “better than the rest of mainstream”-itis. It’s also better than most of the east Nashville hipster stuff clogging up Americana. Starfire should be measured against the greatest mainstream projects of the last decade emanating from Nashville and beyond.

And Starfire is incredibly personal, and true to the story and perspective of Caitlyn Smith herself. There’s no stupid songs about unrequited love from cute boys, or talk of phones blowing up, or jealous revenge. Instead we get “Don’t Give Up On My Love” about Caitlyn Smith’s very real struggle to try and live out a musical dream, while still trying to live a real life. Or the cutting, frustrated protestations at getting passed over by the business in “This Town Is Killing Me,” veering towards Waylon-esque venom. Or the true to life places talked about in “St. Paul” and “Tacoma”—the latter of which was supposed to be a single for Garth Brooks before getting pulled last minute, and like so much of Caitlyn Smith’s career, was an opportunity squandered through no fault of her own.

Yet the results evidenced on Starfire show that Smith—despite all the bubbling under critical-acclaim she enjoyed for years before signing to a major label—was actually still holding out on us, holding her best material back, or at least not yet ready to discover the true breadth of her own talents until now. If nothing else is accomplished, Caitlyn Smith announces through Starfire that she is one of the best singers in all of popular country music, male or female, and willing to show all its faculties, from the hushed moments of “This Town Is Killing Me,” to the cracked fury of “Contact High.”

All Caitlyn Smith needs is a dollop of exposure similar to the one Chris Stapleton received at the 2015 CMA Awards, and she’s a superstar. The only thing keeping Caitlyn Smith from being a household name is simply the lack of knowledge to her existence. She once penned a mega hit for Meghan Trainor called “Like I’m Gonna Lose You.” If there was any justice in the world, the tiers that Trainor has attained would be waiting for Caitlyn Smith as a reward for what she’s accomplished on Starfire.

And don’t relegate this music to “Americana” channels or anywhere else. This is music ready for the big time. There are radio hits all over this record. In fact if there’s any draw back from the effort, it’s that a few of the songs like the title track do that rising chorus action that can be predictable and annoying about radio singles, but this is forgivable given the quality of the material. It’s the destiny of Caitlyn Smith and Starfire is to blow up the mainstream. And until that destiny becomes a reality, it’s a curse and a shame on the entire industry for letting it slip through uncelebrated.

But even if Caitlyn’s mom and myself are the only ones listening, Starfire is still a victory, because it’s real, and it’s her, and it made it out of the gauntlet that is Music Row unadulterated. Whether anybody else knows it or not, Caitlyn Smith has made a near masterpiece, and made the model of what modern country pop should be. Listen or not, it’s what everything else mainstream should be measured against; for now, in the recent past, and for the foreseeable future.