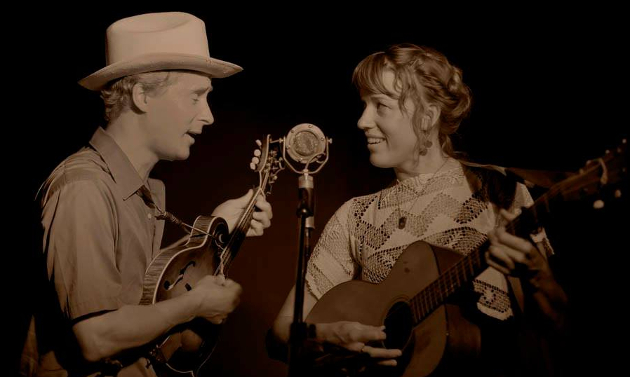 Sometimes we get so unnecessarily swept up in who’s rising and falling in music these days that the sheer joy of music is overlooked. The parade of charts and sales numbers aid this enterprise, and it seems that cultural front-running and rooting for your favorite music artist like a sports team has become the norm for so many dedicated music fans.

One of the great things about Caleb Klauder is that he is such a world apart from all of that nonsense that you can just immerse yourself in the melody and story of classic country music modes until all other cares of life fade away. Country music is supposed to be the music of working people who used it to pass the time and forget about the ever-present hardships in their lives.

As a long-standing member of The Foghorn Stringband, Caleb Klauder has studied classic melodies and can call upon an incredible repertoire of songs ranging from Appalachian old time, Celtic folk, classic Cajun, and all of the variations in between that went on to form many of the major roots genres of today. And for years he’s pursued an old time traditional country band in between Foghorn tours that for attentive and dedicated country fans has been one of the hidden gems of the country music world.

Sidelined from singing for a while after vocal surgery, a solid six years has elapsed between Caleb Klauder country records. But now he’s back with a new one called Innocent Road with fellow Foghorn Stringband member and significant other, Reeb Willms. Leave it to Caleb to not want to be on the cover of an album all by himself—his humility and insistence to rarely be the primary focal point of a project comprising one of the many reasons his music and mere presence is so endearing. 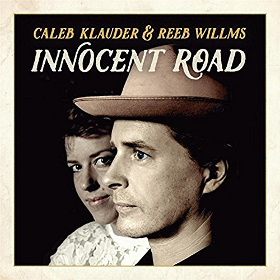 But if you had Reeb Willms on hand to help sing and pick, you’d likely be inclined to include her on your cover too. Just as spellbinding as Caleb Kaluder in how she seems to be more of an apparition of the past than a person of the present-tense, Reeb and her timeless voice and natural emanating qualities would be foolish to relegate to the backline. After years of touring together, Reeb and Caleb work as intuitively together as twins.

Innocent Road is both an homage to old classic country songs such as “I’d Jump The Mississippi” by George Jones, and Buck Owens’ “There Goes My Love,” as well as the next chapter in Caleb’s own country music legacy with originally-written songs that feel just as timeless as the old classic country standards. You would swear “Innocent Road” was some old Carter Family Gospel number, but Caleb’s study and understanding of roots music is so dedicated and rich, he he can hauntingly immerse himself in the same perspective of those old primitive country composers and write as if he was right beside them as opposed to soiling his songs with anachronistic blemishes like so much of the music that emerges from the modern mindset.

Caleb’s high water mark on the new record is arguably the infectious “New Shoes” where he finds a melody that is truly original, but still timeless-feeling, and affixes it to a story of lost love we can all relate to, sending the heart reeling with a joy of playful revenge. Most importantly with this song is Caleb realizes that he’s tapped into magic with the chorus and elongates it at the end, knowing this song could go on for twenty minutes and nobody would get tired of dancing and singing along. It’s a song like “New Shoes” that will never go out of style as long as there are human souls to behold it.

And Reeb Willms is no afterthought on Innocent Road, singing lead on Paul Birch’s “C’est Le Moment” and “Montana Cowboy,” and giving this album perspective and diversity to appeal to a wide range of folks who love to look back instead of forward for new music. A couple of these songs, specifically “New Shoes” and “Innocent Road” can also be found on Caleb’s very first country record, so Reeb’s participation adds a new wrinkle to make them worthy of being re-recorded.

Caleb Klauder has contributed such amazing compositions to the old school country music canon on previous projects; songs like “Worn Out Shoes” and “Hole In My Heart,” and Innocent Road has a few more to add to that legacy. Some country fans may have wanted a bit more steel guitar or muscle behind some of these compositions, but that doesn’t take away from the the warmth and sheer joy of life a Caleb Klauder song instills.