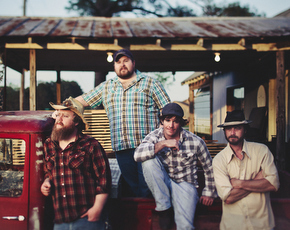 If you gave me only one word to describe this album, it would be “Yes!” There’s no shortage of these juggy, stompy country bands these days looking for attention. And when I say “juggy,” I don’t mean the descriptive word Mr. Nightlife might write beside a girl’s name in his little black book. I’m talking about the kind of primitive, old-school country bands that get your elbows swaying to a fro and your legs kicking in a down home good time. So many new bands with the term “still” or “whiskey” in their name have popped up, I can barely keep up with them all. Hell, there’s even a Whiskey Still, but it’s three old dudes from Dublin, so we’ll give them a pass.

The problem is many of these bands try to overcompensate for their lack of basic music skills with shrill vocals and sheer speed, while their “albums” are hampered by excessive recording flubs and clichÃ©’s so bad they make you physically wince. Carolina Still bucks this trend by putting out a great-sounding, patient, and professional album through Rusty Knuckles Records called The Color of Rust, spiking old music with a new energy. Self proclaimed “old-time moonshier stomp,” they bring the primal enjoyment a jug-like band can evoke, without any of the grab ass garbage that can come from half efforts. 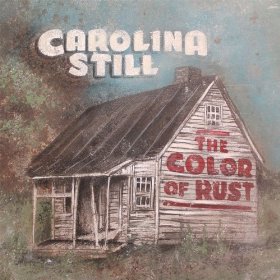 The Color of Rust will downright wear your country ass out. The first three songs will get your foot stomping so hard, you’ll piss off the downstairs neighbors irrevocably. That’s right, no more borrowed cups of brown sugar for you. “Devil’s Stomp” is especially prone to causing involuntary leg movements of the heavy stomping persuasion, and then once Carolina Still has you squared up, they hit you right between the eyes and completely off guard with the really slow and soulful “Black Lung, WV,” showing off an ear for composition.

The songs of The Color of Rust find that nice warm place where the themes are familiar, but not quite clichÃ¨. They may have “still” in their name, but there’s not an excess of moonshine-running, falling down drunk ballads in their repertoire. Instead you get cool songs like the really thoughful “Grandpa’s Guitar.” They pull out all the stops for “Old Black Crow” on the album, using chains and caws to enhance what would otherwise be a simple song. The band gets downright silly with songs like “In the Barn” and “Chicken Pie,” but never to the point where you feel stupid for listening. The Color of Rust is a really fun listen from cover to cover.

Carolina Still are not necessarily superpickers, and if they were, it might take away from the spirit of their music. Instead they rely on good ears to craft catchy elements to reel you in, like the guitar and banjo rhythm on “Grandpa’s Guitar” and the walking down bass line of “Chicken Pie.” What I’d like to hear more of with this band is the depth they touch on in “Black Lung, WV.” It’s difficult to delve too far into this direction when you’re perceived as a lively party band. Old Crow Medicine Show has struck this balance over the years, putting out fun songs right beside ones that try to say something, and elevating their stature as songwriters amongst their peers.

Preview & Purchase Tracks from The Color of Rust