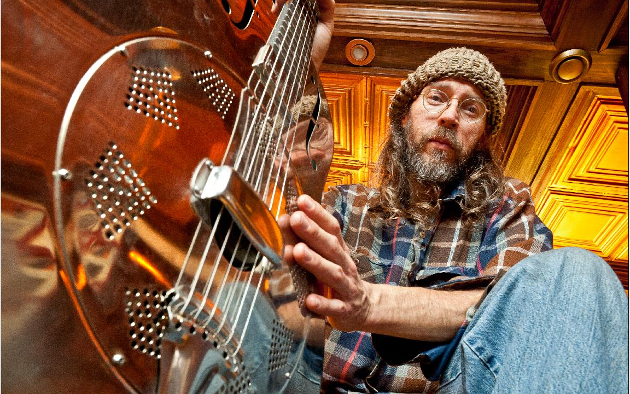 Playing music isn’t always the glamours or adventurous profession it appears to be to many fans and observers on the outside, especially within the lean, meager levels of underground and independent realm. Some play music to fulfill their lifelong dreams, while others do it out of a necessity, and not necessarily because they feel it’s their life’s purpose and they must heed the calling. For some, music is truly the only thing they can do to remain gainfully, or at least sustainably employed.

Hank Williams didn’t start off to be country music’s original superstar. He started singing and playing guitar on the streets of hardscrabble Alabama towns to help provide pocket change for his fatherless household, and only took music as an adult profession because his back ailments precluded him from doing any physical work. Hank Williams wasn’t fulfilling a dream, he was scratching out a living as best as he could. Same for the tuberculosis-stricken Jimmie Rodgers, The Carter Family, The Maddox Brothers & Rose, and so many others when there really wasn’t an “industry” behind roots music, and no model for how to be successful doing it.

You don’t have to suspend disbelief to to see that Duluth, Minnesota’s Charlie Parr is a damaged soul, and making music because he knows no other way forward—not to fulfill some version of the American-bred rock n’ roll fantasy. He’s 50-something, looking 75, with gray disheveled thinning hair, his arms as frail as matchsticks, a flannel shirt draped over his shoulders like a slim wire hanger, and a bent back. Charlie Parr always looks cold, like he carries a piece of the most frigid moments of Minnesota winter with him wherever he goes.

When he’s not playing music, Charlie Parr is helping the homeless in his home of Duluth, looking only a few short missteps away from living on the streets himself, where he probably could get along just fine since he’s used to bedding down in the back of his van as he drives to and from gigs, nibbling on hand-me-down leftovers from the restaurant he played the night before. He’s been public about his bouts of depression, how he’s pondered quitting music entirely, and possibly may have never made this record. 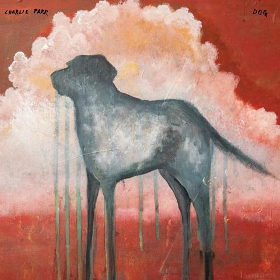 But all of these visual observances and emotional prerequisites amount to nothing more than superfluous precursors when Charlie Parr’s magical fingers get to whirling on the resonator guitar, making a carnival’s worth of sounds and wonders come pouring out through the F-holes like a torrent of rainbows, stimulating the senses, sharpening the imagination, and filling the heart with a joy that’s timeless in nature, yet virile in its potency. He’s like the frail magi, not the least bit intimidating in stature. But when the conjuring starts, he can command armies.

Why anyone else this side of Jerry Douglas would even attempt to play a resonating guitar after beholding the mastery of Charlie Parr is a serious inquiry for the universe. With a much deeper understanding of the instrument than even the most adept players, Parr is able to use not just the punching volume of the instrument to compel the heartstrings and synapses of the audience to reverberate, it’s the way he utilizes the subtle undertones and overtones emanating from the instrument to craft emotions with a delicacy, yet effectiveness, like the perfect touch a master glassblower must employ to perfect the curvatures of a certain piece. Parr isn’t a performer, he’s a master craftsman of music—a wily, experienced tradesmen melding music like the molten material artisans work with, reliant on trial, error, and touch to wrought signature marvels only after many years of study and effort.

Dog is just one of now fourteen Charlie Parr records, but it’s almost as if you forget just what an exceptional player and lyricist Parr is in between, and with each new shrink-wrapped gift you discover this again anew. Surrounding himself with the most lowly, sustenance experiences of life, Parr is really able to burrow deep down through all the layers of comfort and bullshit to get to the raw human emotions that ultimately infer us all through our daily lives: loneliness, self-doubt, a desire for love, a longing for something bigger than ourselves, and ponderances on the nature of the soul.

On this particular record, Parr uses the mirror of man’s best friend to convey those emotions and thoughts, and a lesson on the sameness of all living creatures. “A soul is a soul is a soul is a soul” is not a redundant statement from a stammering musician, it’s a necessary reminder about the universal bonds we are all a part of, no matter how much we want to remove ourselves from it, or try to shield ourselves from it via wealth, security, and walls to rid our world of what are supposed to be shared experiences of mankind. When you see the look in a homeless person’s eye when you’re handing them over the food to survive, there are no divisions in wealth or class. When you see the scared look in a dog’s eyes when they’ve lost their way, you’re stricken by how human that emotion feels.

Dog may not have one of those career-defining songs on it for Parr, like 2015’s Stumpjumper did with “Over The Red Cedar,” or be one of those audio marvels like he released with 2014’s Hollandale. But it does exemplify the perseverance of the soul over the adversarial forces inherent in life. Sometimes simply surviving is the most exceptional success a soul can experience, especially for those troubled in certain ways, or starting from such meager existences. And that success deserves to be celebrated no different than some arbitrary prize awaiting atop the edifice of an industry. Sometimes, like a dog, it’s achievement enough just to cross the street without getting hit. Success and achievement isn’t the most important thing to celebrate in life. Life itself is.