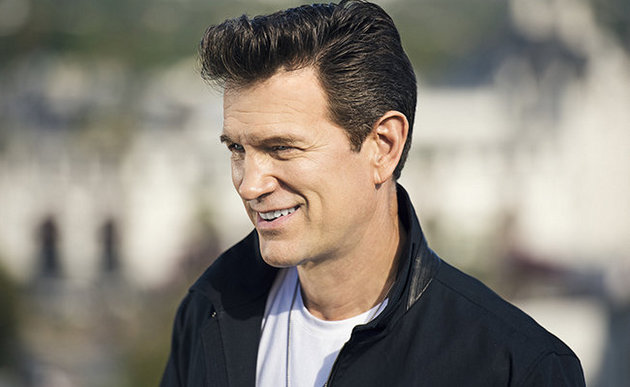 It’s a little hard to fathom that Chris Isaak has never made a country record before. He combines the caramel singing and cool factor of Dwight Yoakam, the crooning capability of Raul Malo, and the lounge-like timelessness of Lyle Lovett into one smooth package that makes the felines swoon and the men hopping jealous. He’s a crooner whose styling cuts across all kinds of borders of taste and influence, who saw some commercial success back in the day, but still retains his realness and the respect of his peers from never superseding his style with something outside his musical heart.

Chris Isaak didn’t run off and make a classic country record with First Comes The Night, but he did run off and make a record in Nashville with classic country leanings. As time has gone on, the Stockton, CA native has inched closer and closer to Music City and the quintessential sounds of the Tennessee region. His last record, 2011’s Beyond The Sun, was a collection of songs from Sun Records artists, and was recorded at Sun Studios proper in Memphis.

Though Isaak clearly has a sincere love for classic country, it’s almost as if he respects it too much to actually perform it in full, knowing it’s not entirely native to his tongue, or the ideal vessel for his style. He’s walked right up to the line that divides classic country with old school rock and roll, but has never fully crossed it. Even now, though this may be the his closest thing to a Chris Issak country album to date, or that we’ll ever get a chance to hear, it’s still more throwback rock and roll than anything. 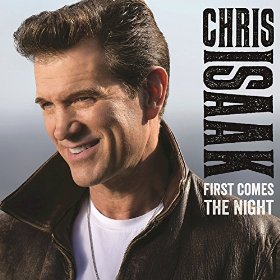 But as a distinctly Nashville record, you can’t help but hear the ghosts of country music’s past infused in these recordings. It also helps that Dave Cobb, one of Nashville’s hottest production commodities, was game for helping Isaak along the way. Producer Paul Worley also played a hand in this record, as did notable songwriters Natalie Hemby, Gordie Sampson, and Caitlyn Smith—though Isaak wrote seven of the songs solo, and co-wrote all of the rest.

On the subject of songwriting, apparently when Isaak arrived in town excited about the idea of cutting a record with a distinct Music City flavor, one potential collaborator tried to get him to go bro.

“There was only one guy that came to one session that I went, ‘No, I don’t want to work with that guy again,’ because he kept trying to say, ‘And we can have something about beer and ‘girl, you’re my kind of woman.” Girl this, beer that. I was thinking, ‘Have you listened to any records that I’ve made?'” Chris told Billboard. “I was looking at him like, ‘I have no interest in jumping on a bandwagon.'”

Though Chris Issak was aiming for a Nashville feel, it was the feel of Nashville from 50 some odd years ago that he found.

“When I started working with Paul Worley, we went in with the idea of we had no interest in trying to sound like what’s on the radio last week. We had a lot of interest in making a record that sounds good. One of the songs had a very country feel to it. We were just laughing and I said, “We’re probably the only guys in Nashville making a country feel record.” … I love rock ‘n’ roll, but I grew up listening to Ernest Tubb and Floyd Tillman, Mac Wiseman, Hank Thompson and that stuff I know by heart. I wouldn’t listen to new country radio.”

Issak insisted this record would not include a bunch of country instrumentation though. Normally this might be a strike against a record aiming to be country-flavored, but it was Isaak’s way of making sure he didn’t catch himself trying too hard to be something he isn’t. At the same time, First Comes The Night suffers slightly from a “neither here nor there” feel in places. Sometimes you’re listening to a classic Chis Isaak song that fits right into his throwback rock and roll crooning style, and other times you’re listening to a country song styled in the Chris Isaak mold instead of a possibly more appropriate country mold. Some of the horn and organ parts also were orchestrated a little cheesy. Isaak did allow some honky tonk piano onto the record, and a couple of songs even veer toward a Latin-feeling, Mavericks-style mood.

I wouldn’t consider this a songwriting album, but the songwriting has its moments, like in the title track. And songs such as the Yoakam-esque “Perfect Lover,” or the Floyd Cramer-feeling “The Way Things Really Are” make it a project worth checking out for true country fans. But as always when talking about Chris Issak, it’s his voice, the phrasing, the yodel, the warble that make most anything graced by Isaak’s presence worth listening to.