Album Review – Craig Morgan’s “A Whole Lot More To Me” 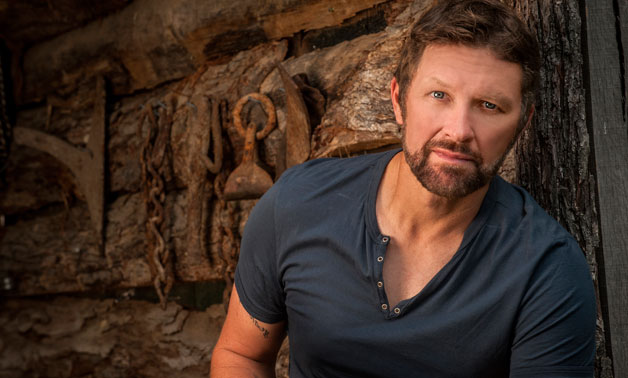 You can almost overlook Craig Morgan if you’re not careful. He’s not been cutting records nearly long enough to consider him some kind of elder or legend in country music. He’s had a few significant hits and noteworthy records over the years, but it’s not like he was a perennial chart topper even in his heyday in the mid oughts. It’s also been over four years since he released a record, and his last effort This Ole Boy from 2012 was probably not his best.

The title track of This Ole Boy was straight from a songwriting session of the infamous Peach Pickers—Rhett Akins, Dallas Davidson, and Ben Hayslip. The single “More Trucks Than Cars” was just about the perfect offering for the burgeoning influence of Bro-Country that was emerging in 2012. And the other single from the record “Corn Star” was somehow even more terrible than the title infers. There were still the subtle texturings of steel guitar and fiddle on the record, but this wasn’t the Craig Morgan of 2004 who had a #1 song with “That’s What I Love About Sunday.”

While most of mainstream country edifies small towns as wonderlands full of endless summers and cornfield bonfire parties, and conversely songwriters like Kacey Musgraves and Brandy Clark try to counterbalance that with disillusioned odes of melancholic apathy about rampant judgementalism, Craig Morgan has always been the master at illustrating what makes country life so special from a more balanced and loving perspective. This is what he built his career upon in the early and mid 2000’s after retiring from the military, and in the beginning Morgan was independent label Broken Bow’s primary cash cow before Jason Aldean came along. Morgan pretty much built that label that now boasts four solid divisions, and challenges Big Machine for the biggest indie in the country industry.

These days Morgan is at home in the much more scaled environment of Black River Entertainment, and is putting aside the detour of This Ole Boy to get back to what he does best. If you’re wondering where all the fiddle, steel guitar, waltz-timed tunes, and quality songwriting has gone, this is a good place to look. And that’s not just a euphemistic statement. Since there are only a small handful of mainstream Nashville performers who are willing and able to cut songs that are germane to adults and listeners with true country leanings, an artist like Craig Morgan has his pick of the litter. 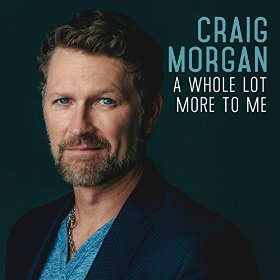 A Whole Lot More to Me is very much a mainstream Music Row record though. Most of the songs are written by committee, and you see many of the usual suspects with their names in the credits: Josh Osborne, Shane McAnally, even the omnipresent producer “busbee” earns a cut. But since most performers these days are shying away from the type of songs Craig Morgan sharpened his teeth on early in his career, an album release by the Tennessee native is like a vacuum cleaner for all those tunes about true love and wholesome small town life the Bro-Country performers steer clear of. Despite these songs resulting in a much smaller payday, many of Nashville’s remaining professional songwriters will admit this is the material they prefer to write. And it’s what Craig Morgan prefers to perform, while picking up a few co-writes for himself in the process.

A Whole Lot More to Me is generally what you would expect from a Craig Morgan record. That wouldn’t be surprising in itself, except for the fact that if you consider how much country music has changed since 2008 when Broken Bow was releasing Morgan’s Greatest Hits, it’s quite a feat. Country has probably changed more in the last 8 years than it had changed in the previous 25, and just like the assurance and warmth the predictability of small town life offers, the songs of A Whole Lot More to Me are refreshing and delightfully simple in message and scope.

It’s a country record undoubetedly, with lots of traditional instrumentation and style. But you never lose sight that it’s a mainstream production. The songs and approach are pretty safe, with mid range verses and rising choruses, and not a lot of spice or diversity between separate tracks. It’s a cohesive album, in a good and bad way. Each song reminds you of a much better time in country music when the music held more substance, but you can listen for stretches and almost forget this record’s on. It also feels a little dated frankly, and not in a cool retro way. It’s not classic or traditional country, and it’s too old-sounding to be considered contemporary. It’s kind of in a country music no man’s land.

There’s also a couple of missteps in the track list, principally the title track which finds Morgan talking about how he’s country, but he still likes champagne and Versace—like some sort of romantic divorcee country song that Blake Shelton would cut. And along with Morgan’s favor towards songs about small town country life comes the inevitable lists of ruralisms that may make some listeners groan, even if Morgan’s are more innocent and predate the thrashing that lists received during the height of Bro-Country hell.

There are also plenty of reasons to own A Whole Lot More to Me and to listen intently. “I’ll Be Home Soon” which opens the record is an excellent waltz-timed love song. “Living on the Memories” is a classic country heartbreak tune that every country artist loves to sing, but few get the privilege to these days. Some will recognize “Country Side of Heaven” from Eric Paslay’s last record, but it sounds a lot more genuine coming from Morgan. “Who Would It Be” has an interesting premise, and the final song “I Can’t Wait to Stay” might be the best on the album, and the best example of the type of sentiment Craig Morgan has brought to country throughout his career.

It would be cool if a couple of these tracks could make it into the Top 20. We’ve seen Tim McGraw continue to have success with more adult-oriented singles recently, and Black River has proven it can put their backs into pushing an artist with Kelsea Ballerini. If country music is truly turning a page in 2016, there should be some space for Craig Morgan and some of the songs from A Whole Lot More to Me to help forward the cause of pushing country music back in the right direction.

Purchase Craig Morgan’s A Whole Lot More to Me