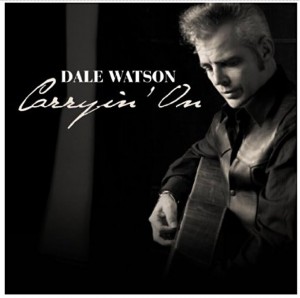 I’ll be strait up honest with you. When it comes to Dale Watson, there is no bigger fan than your lovable, huggable Triggerman. However when it comes to his albums, it can be…well…hit and miss.

I thought with his last two albums, they had their moments, but the concept got in the way of the music. Surfing through the rest of his discography can be difficult. There’s so many albums, some of which are unavailable, others that you can only get in Europe. And all the time you see the question from newly christened Dale Watson disciples, “What are his best albums? Tell me where to start.” That is such a hard question. My answer is usually, Live in London, but it’s a live album, so does that really count?

So when Dale releases a new album, my expectations are tempered. Then it was revealed that Dale had used Nashville musicians while recording the album in Nashville. Things were not setting up well. Then an early reviewer lamented his polished approach to this album.

But I’ll tell you what people, I like this album. I like it a lot. This is the best Dale Watson album put out in years. It’s not groundbreaking, it won’t be an influential work. But for capturing the essence of what makes Dale Watson an artist for the ages, Carryin’ On does a better job than many of its predecessors.

Dale is a man of context. I saw him last year at Pickathon in the early afternoon on a concert stage, and the mood was lost. Dale is a honky tonker. And though he’s made a career out of anti-Nashville songs and sentiment, he’s always been slick in his live presentation. He’s a slick guy, with his slicked back hair, suave stance, and smooth guitar licks. His dirty albums were made that way without choice, or from bad decisions.

I wouldn’t want every Dale Watson album to sound as slick as Carryin’ On, but for this time and place, it’s near perfect. The standout in this album is Dale’s voice. He exhibits superlative control and wide wisdom singing his parts that come across confidently, without any sign of weakness or chipped paint even after years of honky tonkin’ and road doggin’. If Nashville had tried to strap an Auto-tuner to him, he would have fried the machine from the complexity of runs, and the diversity of volume and note changes just in a simple, short phrase. Nashville younguns take note of a master.

Nashville session players Lloyd Green, Pig Robbins, and Pete Wade do a bang up job fitting tones and textures to Dale’s songwriting, and rise to the occasion of accompanying Dale’s masterful vocal performances. Sure this is the Nashville sound, but it’s the Nashville sound of 20 years ago, giving it a uniqueness and heart that pulls a nostalgic feeling from the REAL country fan. There’s a lot of by-gone Merle Haggard and George Jones in this album that make it fit like a familiar ball cap, nice and snug into your little music world.

“Hey Brown Bottle” and “I’ll Show Ya” are instant Dale classics, destined to be requested without rest at Austin’s Continental Club or Broken Spoke for years to come, and together they bookmark the breath of Dale’s style and ability. Title track “Carryin’ On” grows on you like Dale’s smile that makes every woman wonder where his relationship status stands as he flashes it across a two-stepping floor full of Lone Star beer. And “Hello, I’m An Old Country Song” takes a more wise, but still pointed and poinignant approach to Dale’s protest of the direction of country, and will fit strongly beside “Nashville Rash” and others as a solid signature song.

There are some weakly-written songs here, but in most cases the simplicity of the songwriting is drowned by Dale’s dizzying vocals. Though “Flowers in Your Hair” offers little lyrically, your mind tends to focus on Dales voice and the words are forgiven or overlooked. One thing I didn’t like about the Nashville session approach was the drums. With your finger on fast forward through the weaker tracks, you wouldn’t notice it. But taken as a whole, the lack of any creativity or direction with the production keeps reminding me of when Ween as a gimmick went to Nashville and recorded 12 Golden Country Greats. More could have been done to separate the underlying sounds in this album to help set the individual tracks apart and keep it fresh throughout.

Still, this album works for me. Dale heard something in his head, set out to do it, and I think it was accomplished, and accomplished well. There are plenty of more raw-sounding Dale Watson albums out there. I am going to enjoy this one for what it brings to the table: some great new songs, a slick approach, and Dale’s spectacular voice now bottled in its purest form for eternity.

You can preview tracks or purchase Carryin’ On by CLICKING HERE.