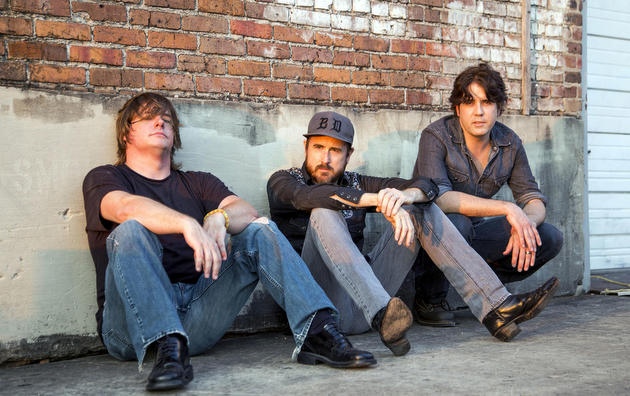 From a time when musicians were inspired by the hate of their parents; when music was amidst the post-punk era . . . the first one; when roots and country-inspired rock was called “cowpunk” and was still nascent enough where hipsters couldn’t screw it up or interlopers couldn’t abscond with its coolness, a band called Dash Rip Rock and its frontman and songwriter Bill Davis set people’s hair on fire in Louisiana and beyond when they took the crazy idea of setting country songs to a punk pentameter to see what happened. People lost their everloving minds is what happened, and an entirely new way of looking at American roots music was born.

The Reverend Horton Heat, The Beat Farmers, Jason and the Scorchers, even Dwight Yoakam are given great credit for stimulating the cowpunk revolution, but Dash Rip Rock was right there mixing up at the time the nexus of country and punk became the hottest thing in the underground and beyond. Formed in 1984, releasing their first record in 1986, and releasing albums through Alternative Tentacles all through the 2000’s, Dash Rip Rock has been stinking up tour vans for three decades now, and leaving a legacy of uncompromising independence and surprising artistry for a band from the punk roots scene.

About the only major success Dash Rip Rock ever had was when their joke song “Let’s Go Smoke Some Pot” (set to “At the Hop” by Danny and the Juniors) became an accidental radio hit. It name dropped Edie Brickell and the Spin Doctors, and was not meant to be a dope anthem, but to lampoon Deadheads and the resurgence of jam band music at the time. Nonetheless, for years some considered Dash Rip Rock a comedy band, which they sort of were for a while. 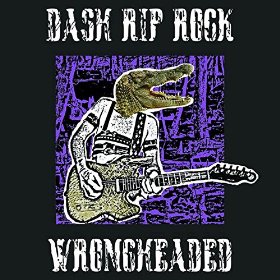 But that doesn’t tell the whole story. From releasing a punk opera concept album inspired by Dante’s Inferno called Hee Haw Hell, to recording a Billy Joe Shaver tribute for their last record, Dash Rip Rock has put together a body of work hard to pigeon hole. And it’s all built around Bill Davis’ stupid good ability to mine delicious guitar riffs and fat melodies that will make most anyone perk an ear whether you’re sporting a cowboy hat or a spiked mohawk.

Their new album Wrongheaded is a garage rocking groove-laded damn good time with bits of twang peaking out between rock and roll runs and rambunctious jam outs. The record is kind of all over the place in a good way. If something doesn’t suit your fancy, skip the track and the next one probably will. And though you may not think of songwriting as the thing to list first on the Dash Rip Rock marquee, Davis really steps up his game on this one, assisted by his wife and writer Cheryl Wagner.

Wrongheaded is fairly rough-hewn, but songs like “Broken Arrow” and “Run Like a River” show a lot of attention to detail in the songwriting and composition. There’s a few more acoustic moments on this record than you may expect, including the respectable “Country Stories,” and the intro to “Run Like A River.” This is still Dash Rip Rock though, and you still get the adrenaline-fueled high-octane experience you’re looking for, and it helps that this current lineup of bassist Patrick Johnson and long-time drummer Kyle Melancon have been around for a while now and really gel on these recordings.

Now that songwriters are getting the majority of the attention in the alt-country realm, we tend to forget about music that you can just lose yourself in, and that’s great for helping keep your foot on the pedal on a road trip—music meant to be felt and not just mused upon. Wrongheaded finds a way to fulfill both sides of the musical brain, and proves that some grey hairs and 30 years of wear notwithstanding, these guys still have it.