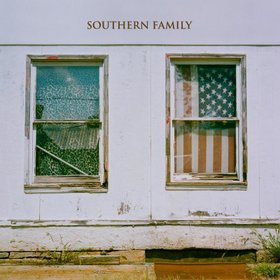 Today you make fun of somebody’s religion, creed, sexual preference, race, wealth, or social status, and you could lose your job and be blacklisted from society. But when it comes to the South and Southerners, it remains open season. The South has always been a favorite whipping boy for popular culture, and instead of shying away from stereotyping its residents in the new era of political correctness, it’s considered a sign of open mindedness and an intellectual exercise to blanket criticize the South at large, many times for trespasses perpetrated many generations ago.

The South is a synonym for stupidity and backwards behavior to a large sum. But all of this masks arguably the richest cultural region in all of North America, with traditions and customs dating back centuries, and a unique take on life that while looked downward upon by some, is cherished and held to as an ideal by its residents at a level no other geographical region can boast. The past of the South is checkered black and white for sure, but the sins of the South can’t be held over the region forever, and some of the demons it wrestles with still to this day arguably add to the mystique of the region’s eternal and everlasting struggle. It’s hard to be a Southerner, and sometimes even embarrassing due to the financial strife, misconceptions, stern religious beliefs, and pockets of racism. But as its natives will attest, it’s all worth it.

When Dave Cobb announced this Southern Family concept album, it looked almost too good to be true on paper. Putting all of this talent in one place, even if one or two names may not suit your specific fancy, you still knew that joining them all together for one purpose and putting Dave Cobb in charge could only mean good things. It would bring out the best in all of the artists. It may even give a moment for some of the more commercially-oriented stars like Zac Brown and Miranda Lambert to cut material they normally may not. But then after the initial allure of what this album could accomplished, the idea almost seemed so rich, how would the music ever meet the lofty expectations of listeners?

It would meet expectations, and maybe even shatter some through the love and effort each participant brought to their individual contribution. Dave Cobb says that one of his inspirations for Southern Family is the White Mansions concept album starring Waylon Jennings, Jessi Colter, Eric Clapton, and others released in 1978. But White Mansions had a narrative running through the entire album, and “characters” that the respective artists portrayed instead of a patchwork of individual contributions hoping to come together cohesively.

But that’s where the “Family” portion of this Southern Family concept comes into play. This isn’t just a Southern record, it’s a family record, and the intimacy found in the material is what combines all of these contributions together as something equaling more than the sum of its parts, and eliminating the need of a narrator or a specific story to string it all together. Halfway through, it’s obvious what Southern Family is trying to say, and where it wants to take you. And you listen, and follow.

The “South” is the setting for the songs, and where the respective artists hail from, but “Family” is what makes this record universal for all listeners. And unlike many other concept records that may only have one or two songs that can be separated from the material, every song on Southern Family can exist independently, and many will go on to mark top-level career contributions to the artist’s musical canon.

Southern Family may not be a masterpiece, but there are some masterpiece songs included. The strength of lyric in Jason Isbell’s “God Is A Working Man,” Zac Brown’s “Grandma’s Garden,” and Jamey Johnson’s “Mama’s Table” not only make for some remarkable poetry, but touch on the moments and perspective that truly goes in to being “Southern.” If there is one cohesive sonic quality to Southern Family, it is the hushed intimacy of many of the selections, possibly pulled off with no better grace than in Brandy Clark’s cuttingly-emotional “I Cried.”

Concerns for Southern Family are hard to come by, though Anderson East’s “Learning,” despite representing the Muscle Shoals side of the Southern sound, came across a little too loud and overdone compared to the other songs which mostly tried to express themselves in more muted, stripped-down tones. Shooter Jennings’ “Can You Come Over,” and Rich Robinson’s “The Way Home” could also be accused of this, but seemed to hit much closer to the cohesive mood of the concept, and the inclusion of the Settles Connection choir on the final song to accompany Rich Robinson’s guitar work was the perfect final piece to encompass most all the textures of Southern life.

Concept records aren’t supposed to just be elevated forms of creative expression. They hopefully say something about life that for whatever reason, words cannot convey, or if they can, few tend to listen to without the aid of melody. What it means to be “Southern” is something that is so difficult to express, but Southern Family makes great strides in that direction. And in a time of such turmoil and divisiveness, the need to understand that not just Southerners, but all people can identify with each other through their universal sense of home and family is a lesson needing to be heard.