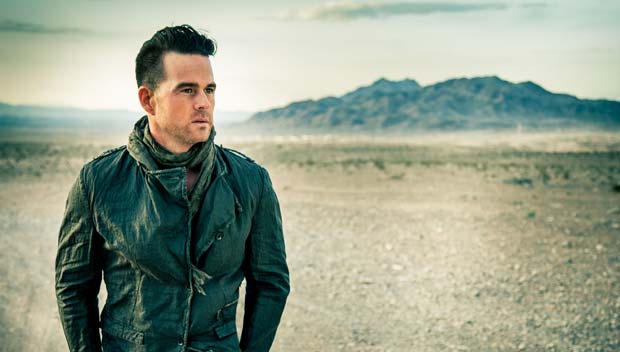 It takes more than a few really good songs to make a great album. David Nail’s Fighter has some really good songs. I’d even be willing to go on the record saying it’s got some really great songs. But it also has some of the usual suspects of mainstream songwriting tropes that you have to sift through to get to those great songs, while the entirety of the project sounds like it was scrubbed of most anything resembling country, making it a mixed bag at best, despite a few songwriting efforts that could be considered some of the best that the mainstream has to offer.

After being caught up in MCA Nashville’s dubious album release backlog for what seemed like an eternity for fans, David Nail finally released his anticipated fourth album in July, with many fans praising the effort as one of the best this year. Yet like many mainstream albums, Fighter feels very much like a tale of two albums. It happens to be that those two tales are a lot more equal than the usual one or two decent to good songs some mainstream performers put on their albums just to point to and say, “See, I have deep songs too,” with no plans or willingness to release them as singles, or any true heft behind a positive direction.

David Nail’s Fighter starts off with three pretty terrible efforts from a songwriting perspective. Granted, after giving this record ample spins before coming to any solid conclusions, these songs are catchy, and dare I say well crafted from a compositional standpoint, yet remain very derivative in the lyricism. “Good At Tonight” with Brothers Osborne is a prime example of Metro-Bro and could have been believably cut by Sam Hunt if he saw fit. “Night’s On Fire” is not much better, sitting down in that early 20’s club-hopping space that so much of today’s country music panders to, despite Nail being a 37-year-old married father. And “Ease Your Pain,” despite the presence of Chris Stapleton in the songwriter circle, simply relies too much on this “love as a drug” cliche that’s all the rave in mainstream country.

Yet from there Fighter takes a decidedly left turn, and it’s probably not a coincidence that seven of those remaining eight tracks were either written or co-written by David Nail himself. But before we go too far slathering on the praise for these remaining tracks, you have too appreciate when listening to an album, if the three worst songs are the ones that start off a record it’s going to cast a shadow on the entire project. 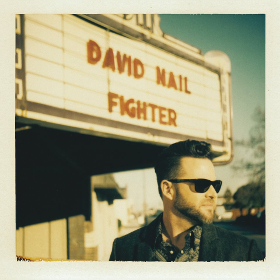 Yes, most listeners don’t even pay attention to albums these days; they focus more on the singles. But many of the listeners who still do appreciate albums are going to find themselves estranged from David Nail and Fighter almost immediately and may not even make it to the better material. You can punch out of one, maybe two songs and keep listening. But three strikes to start off an album, and you’re more than likely out.

And that’s a shame, because starting with Track 4, Fighter is an entirely different ballgame. “Home” featuring Lori McKenna both as duet partner and co-songwriter is an incredibly choreographed song and performance. The songwriting itself is good, not great, but the way they slowed the song down, and strung it out really made the narrative come alive, resulting in a timeless track.

The other notable duet on Fighter is with Vince Gill on “I Won’t Let You Go”—solo written by Nail. Once again, slowing everything down, isolating the vocals with minimal instrumental accompaniment, and in this case, a tasteful horn section deftly blended in results in studio brilliance. Hats off to Frank Liddell, known mostly for working with Miranda Lambert, as well as Chuck Ainlay and Glenn Worf, for making memorable tracks on Fighter, even out of the material that was less than worthy in the songwriting department.

One of the eternal maxims of songwriting is to always write what you know about and what is personal to you. That allows the emotion to shine through what is otherwise just words on paper. And on the songs “Fighter,” and “Babies” about Nail and his wife’s fertility issues, that’s exactly what he does. “Old Man’s Symphony”—another solo write by Nail—also accomplishes this personal touch that takes what otherwise would be an average song from someone else, and makes it a good one from Nail.

But it’s not all rosy in Act II of Fighter. “Got Me Gone” and “Champagne Promise” jilt you out of your run of deep, meaningful songs to remind you this is still very much a mainstream record that must acquiesce to certain constituencies. And “Lie With Me,” which is actually a great premise for a song, would have been so much better with even just a little bit of steel guitar and fiddle to remind you it’s supposed to be a country song, from a country artist, on a country album.

And that, along with those first three songs, is the failing of Fighter. There is nothing wrong with other genres or styles of music. But if I’m sold David Nail as a country musician and then listen to Fighter, I’m crying foul. That doesn’t mean there aren’t some excellent songs here, but as a country fan, it’s frustrating to realize that just a few tweaks in the studio personnel could have resulted in something so much better when painted in country-themed hues. Many of these songs are country, but styled as adult contemporary, or Metro-Bro lite.

David Nail does adult contemporary well because unlike the country rappers who try to transition into the medium, David has been doing this for much of his career. But you just wish he would have put out a little more effort to keep some country roots alive in this work, and that ultimately is what results in mixed emotions from true country listeners.

Nonetheless, after much consternation, the conclusion has been reached that the great song effort on this record just slightly outweighs the downside. It would be great to hear David Nail someday without the bad songs and adult contemporary baggage.