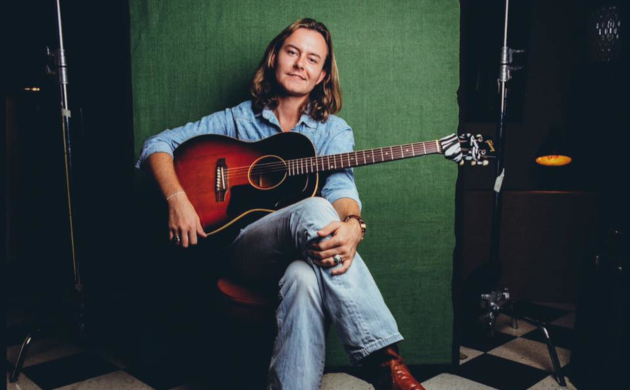 There is no shortage of country music hipsters in east Nashville in their Howdy Doody attire doing their best to make their way through the world emulating the old sounds of 1950’s country. If it’s 70’s Outlaw country you’re looking for, the line forms to the left for those performers with their black leather, bad attitudes, and songs about cocaine. Even 80’s and 90’s George Strait-style country has plenty of contemporary young artists plying the craft these days. This is all welcome of course if you want to keep the separate eras of country music alive in the modern consciousness, as many do.

But one sector of country music’s history woefully under-represented by younger artists looking to preserve a specific discipline is the late 60’s, early 70’s style of folk country that can awaken nostalgia and stimulate warm feelings the same as any other. This was the sound embraced by bands like Bread, America, maybe a little Jim Croce, while guys like late-era Don Gibson and Don Williams were the ones doing it on the country side of the radio dial. Sometimes this style is chastised as the precursor to soft rock and later yacht rock, and that’s not an entirely baseless claim. But a lot of soothing music mixed with Southern harmony made its way into the world during that decade or so, and it’s such a better alternative to much of the music that has been produced in the decades since.

Dee White is just now reaching his 20’s, but an old soul comes welling up through the 10 songs of his debut album, Southern Gentleman. If you’re wondering where the smooth sounds of the 70’s run through a country style have gone, this is where your search should begin. Some of the songs of Southern Gentleman could simply be catalogued as country, and you would find no qualms from anyone with that. But the more prevailing sound and compelling aspect of this record is the 70’s folk pop accoutrements in the writing, instrumentation, and production. 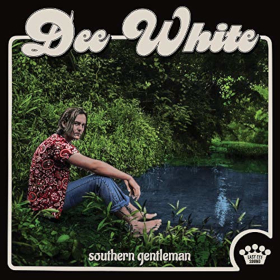 This is a smart move to make with Dee White. He possesses a smooth, sweet voice that works very well for what he does, but would probably be too saccharine and supple for a more straightforward version of country music. There’s not the gravel, or the barrel-chested body that is indicative of most male honky tonk singers, or the natural twang of some higher singers such as Ricky Skaggs. Dee White’s voice slides right in with singers like Dan Peek and David Gates on the easy listening side of music, and matches that up expertly with his songs that compliment this pleasing timbre.

If you’re wondering where Dee White came from, the native Alabaman was discovered by Harold Shedd who had a big part in the ascent of the band Alabama, who in turn introduced Dee to various people in the music sphere until he found himself in a studio with Dan Auerbach of The Black Keys, and David Ferguson known for working with Tyler Childers and Sturgill Simpson.

Not only did Dee White have some big names in the studio with him, this record was released by Warner Music Nashville. That’s right, Dee White and Southern Gentleman might be flying well under the radar, but officially he’s a major label artist on the same team with Dan + Shay and Cole Swindell (and Randy Travis and Cody Johnson). Ashley McBride, who is also on Warner, appears in a duet with Dee on this record. This is also why this young man has been afforded some very big opportunities already, like opening for Alan Jackson, and playing the Grand Ole Opry.

Southern Gentleman really is a compelling listen, with lots of turns that remind you of old folk rock and country pop standards, but sometimes in a way that is almost too obvious, like how the chorus blossoms in “Crazy Man,” which is a little too close for comfort to Roy Orbison, and how the songwriting can feel more like trying to copy a style as opposed to convey an original expression, like the fairly empty verses of “Ol’ Muddy River.” Also at times, the folk and pop sensibilities of the production render songs a little too fluffy. String arrangements work in some places, and in others feel less Countrypolitan, and more Captain and Tennille. Dan Auerbach took a heavy hand in the production, as he’s known to do, sometimes imprinting his own desires too deeply on the music instead of letting it breathe and find its own path forward.

Dee White has definitely hit on something with Southern Gentleman, and it’s something that’s worthy, that there is an appetite for, and that he’s proficient at and built for bringing to life with believably and passion. White is still very young and may need a little more development to find some more originality in the songwriting and style so he can rise above the gaggle of throwback country artists looking to work with nostalgia. But he has a good start and a solid foundation with Southern Gentleman, and listeners have something to enjoy that has been missing in the country and folk space.