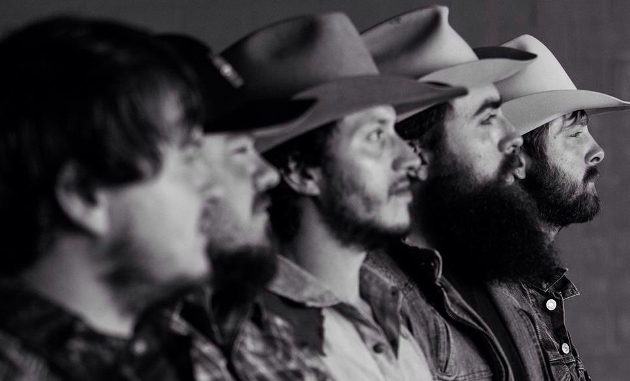 It was only a matter of time before Stephenville, TX became a hotbed for upsurging country music talent. Folks outside the Lone Star State may not recognize the name compared to the hotbeds of Austin, Lubbock, and other bigger cities, and for years Stephenville’s biggest claim to musical fame may have been Jewel moving in with boyfriend and rodeo champion Ty Murray at his ranch outside of town. But as the “Cowboy Capital of the World” and home of the massive Larry Joe Taylor Fest each year drawing tens of thousands of Texas country fans from around the world to the north Texas town, it’s no wonder eventually locals were inspired to test their own talents with songs and six strings.

Following in the footsteps of fellow Stephenville band Six Market Blvd., Dolly Shine formed in 2010, and recently presented their third release called Walkabout. Though officially dubbed as an EP, the nine songs of Walkabout have a full album’s worth of quality material.

Dolly Shine is a young, hungry, and adept Texas country band in the truest sense, shifting between bluesy rock and traditional country, and calling regularly on the fiddle to carry songs with the strong influences of Texas music right out front for listeners to latch onto.

“Dale shine” is a south Texas/Hispanic colloquialism that is roughly translated to “Go for it!”, and that’s the attitude this band brings to every song they perform. Even if it happens to be a slower, storyteller-style song, they put all their heart and back into the effort. And that resolve and spirit is rewarded by engagement with the audience. 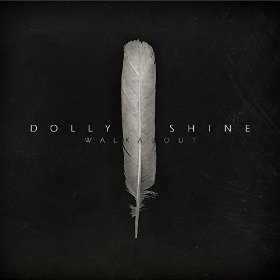 You can’t judge Dolly Sine by the first song you hear, because they shift gears more than almost any band in the Texas scene, while still staying comfortably within the confines of it. The opening song called “Blackbird” has all the earmarks of hard rock until a menacing fiddle comes blazing in, but the very next song “Come Out Swingin'” sounds like an early Randy Rogers tune. The droning and dirty “Hitchikin'” would get a nod of approval from Ray Wylie Hubbard for minding the grit and groove, while “Snakeskin Boots” evokes the uncensored storytelling of Robert Earl Keen.

And in between all of it are songs that speak to the increasing influence of the Turnpike Troubadours on everything Texas country; songs that take a keen perspective on relationships and emotion like “Closing Time” and “Anywhere Close to Fine.” But what separates Dolly Shine from just being great students and interpreters of the songwriting and styles that came before them in Texas country is their ability to use ambient sound beds through guitar tone and harmony to put that shiver in your spine and really evoke a mood to their music that most others miss. This is what you find in the center of Walkabout with the project’s two best selections, “Rattlesnake” and “Twist The Knife.”

None of this would be worth listening to if the songwriting didn’t hold up though, and it does throughout, maybe with the best example being the final song “Old Flame.” The concern about Dolly Shine is if all this shifting around of style makes them the jack of all Texas musical trades, but a master of none. Though the music finds an infectiousness and appeal, it stops just slightly short of music that you crave well beyond pressing pause, or lending something wholly unique to music. But this is still a young band, so there’s is no reason to give up on the idea that those moments aren’t coming in the future as their lineup solidifies and their sound finds its home.

If you’re looking for some more Texas country in your diet and are impatient for the arrival of another Turnpike Troubadours record, Dolly Shine will certainly speak to you, and get you excited about what the Texas scene and Stephenville, TX have to offer for the future.