Album Review – Elijah Ocean’s “Back to the Lander” 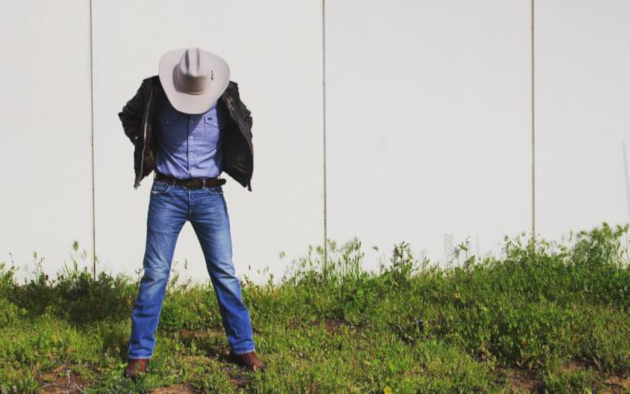 When traveling musicians walk out on the stage at a local venue for a show, it’s not just their crafty way with writing songs, their natural talents for singing and playing, or the general presentation that compels dozens, maybe hundreds, if not thousands of individuals to rearrange their evening plans and make sure they’re in attendance. Along with the music, these entertainers bring an air of freedom and release with them—like the spirit of the open road—as they sing their songs about the places they’ve seen and the people they’ve met for land locked locals tethered to regular jobs and family obligations.

Elijah Ocean has done his fair share of traveling the country to play music, whether it’s his own songs that have been compiled into now four full-length records, or playing bass behind a slew of recognizable names in independent country and Americana. He’s a name and face many may recognize, but may not know much about, or that he even performs his own music. Refreshing for the music business, Elijah is willing to lend his services to music in whatever capacity presents itself instead of being business first about what he’s doing. It’s the music and camaraderie of the road he craves, not the spotlight.

Over the course of 2019, Elijah Ocean has released a series of pretty serious honky tonk singles, including “I Left My One Spot (Back at the 5 Spot)” and “Bring Back That Bakersfield Sound” that seemed to be buttering us up for a good ol’ shit kicker of a record that perhaps he has waiting in the wings. That still might be the case, and these singles have been good fun. But instead of springing a Bakersfield project on us, Elijah has decided to release a slightly more sedated, but fiercely personal and well-written album called Back to the Lander. 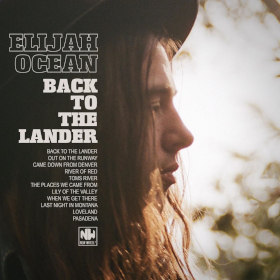 Built around recording sessions captured in the barn of Elijah Ocean’s parent’s home in Maine back in 2017, Back to the Lander finds Elijah in a deeply reflective mood, rattling off memories like turning pages in a travelogue, fondly recalling the people, places, and moments of the last many years, and taking the listener on an immersive and mood-inducing journey in the process. A map would be just as useful of a companion to this record as the track list and liner notes since Elijah takes you from sea to shining sea in these 11 songs, utilizing some of his oldest musician buddies as a backing band, with the environment where he grew up making a ruminative backdrop.

Though “recorded in a barn” can carry an organic mystique to it, and that is aptly captured in these songs, it can also dub as a built-in excuse for inferior sound quality and flubs. But that’s not what you find with Back to the Lander. On the contrary, the first six songs of the album feel lively and crisp, with excellent instrumental accompaniments bringing Elijah Ocean’s emotive and poetic songs, and his savviness for melody to life. Adding some finishing touches to the tracks later in Nashville and L.A. enhances the experience, but not in a way that impinges on the mood captured in the moments in that barn where Elijah wrote some of his first songs as a budding musician.

It’s the final five tracks of the record that are more homespun in nature, recorded bedroom style in Elijah’s apartments here and there. And though this may be where more general audiences give out on the record, those following Elijah on this traveler’s journey won’t be dissuaded by these more stripped down acoustic moments. They may even find their favorite offerings from the album.

Back to the Lander has a great feel to it, country for sure, but with folk rock elements intertwined to broaden the audience and give a bit of a late 60’s vibe—perfect for songs on the move. This album is always going somewhere, sometimes with imperative times and places to make, and others with completely untethered itineraries delivering complete freedom, but coming with a deep, unspoken loneliness, while characters and feelings fade in and out of the picture, with “home” never perfectly defined, but always quietly hoped for.

Few of us are built to incur the personal sacrifices musicians must shoulder to make music independently, and that’s why they become our heroes beyond the music itself. An album like Back to the Lander offers that bit of escape that maybe you experienced in your youth, or that you look forward to in your retirement, or maybe that you’re currently in the midst of, getting to see different places, meet different people, and wondering if or where you may ever land.

Back to the Lander is a digital-only release.

Back to the Lander, Elijah Ocean, Review